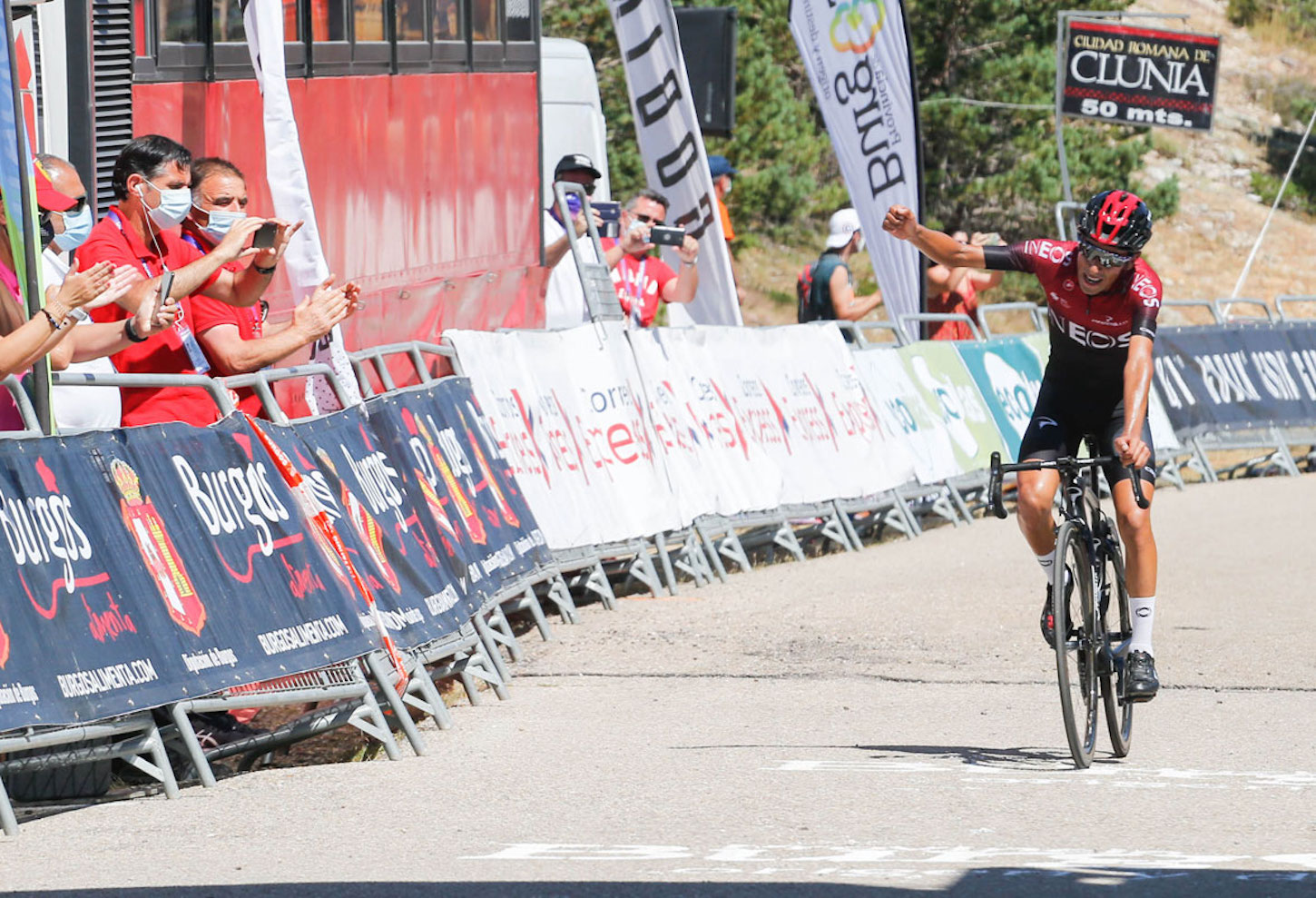 However, Evenepoel’s third place finish was enough for the rising Belgian star to clinch the overall victory, finishing 30 seconds over Landa in the final standings.

However, after a long day of being out front, the escapees were eventually reined in with just 10 kilometers to go.

Form there, the peloton remained intact until the final climb of the day, with Landa being the first rider to make his move, only to be followed by Jumbo-Visma’s Sepp Kuss, while Sosa, Evenepoel, Esteban Chaves, Simon Yates (both of Mitchelton-Scott) and Rafal Majka (Bora-hansgrohe) lingered just behind.

With four kilometers to go, Chaves, Evenepoel and Sosa succeeded in bridging their way to Landa at the front. But, moments later, the Spanish rider attacked again, subsequently dropping Chaves.

Evenepoel tried his luck heading into the final kilometer, but was quickly caught by Sosa and Landa.

With 600 meters to go, Sosa executed his winning move, crossing the finish line 10 seconds ahead of Landa to seize the stage honors.

In the end, Landa’s performance in today’s stage was enough for him to secure second place in the overall standings, while Joao Almeida (Deceuninck-Quick-Step) completed the final podium in third.