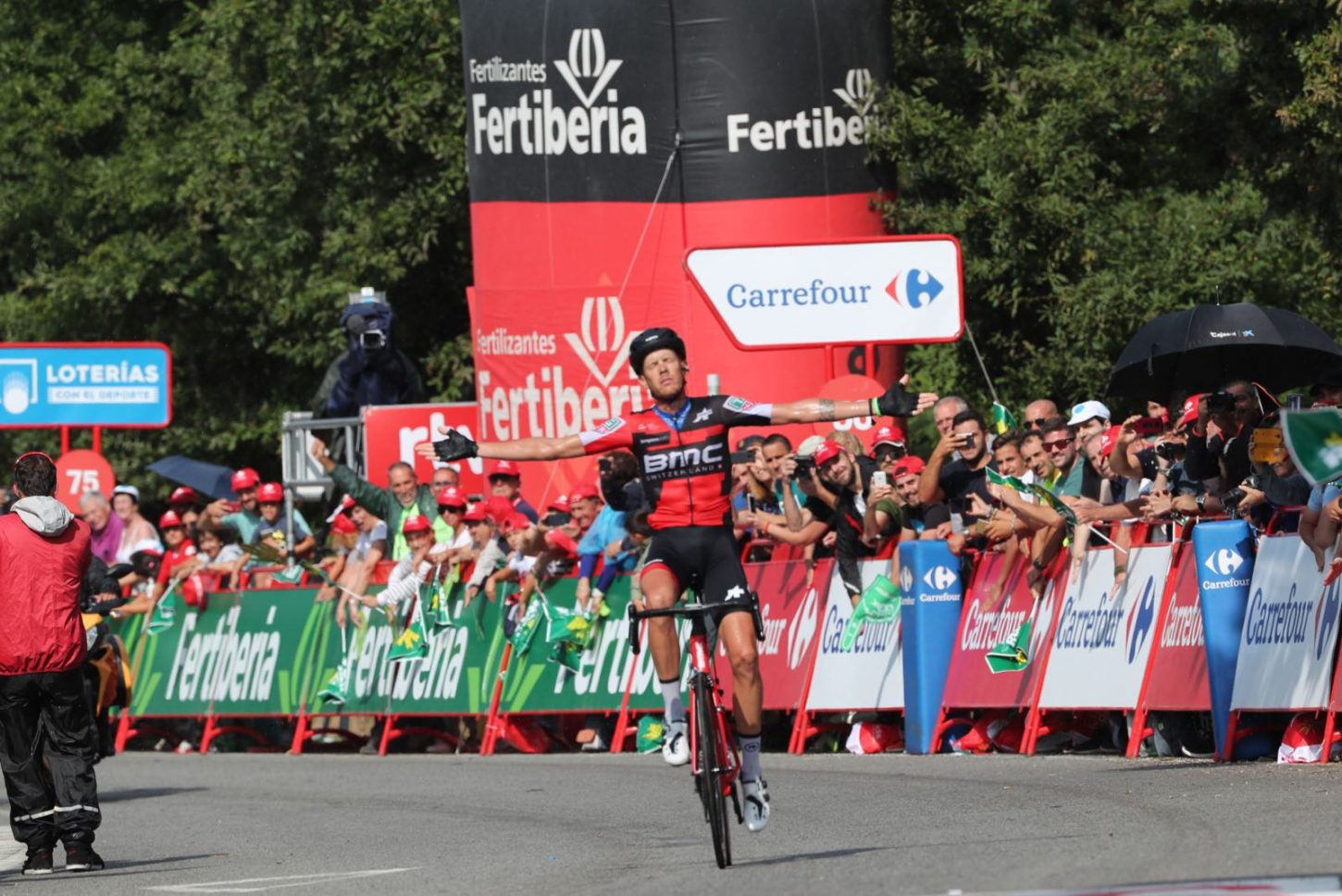 At 208.8 kilometers, today’s stage from Mombuey to Ribeira Sacra, Luintra, was the longest in this year’s Spanish Grand Tour, which featured a series of relentless hills throughout the Galician countryside.

A fierce start to what some riders predicted would be the hardest day of the Vuelta, saw multiple attacks and several breakaway groups reined in by the peloton before a large group of 19 riders finally got away.

De Marchi and Jhonatan Restrepo (Team Katusha Alpecin) worked together to distance the large, powerful breakaway group towards the end of the stage before the Italian rider dropped his companion to seize the race honors by almost half a minute.

The remnants of the break including the DylanTeuns, Nicolas Roche and Thibaut Pinot came home in dribs and drabs before Valverde led the elite group of race favorites over the line 2:02 in arrears.

Yates managed to stay on terms with main pack, limiting his losses to Pinot, who at one point looked poised to become the new race leader. But, after all of his efforts today, the French rider still remains as far back as 16th place in the general classification.

In the meantime, Emanuel Buchmann (Bora-Hansgrophe) conceded eight seconds on his rivals to drop out of the top five to sixth place, while Fabio Aru (UAE Team Emirates) slipped out of the top 10 after losing 41 seconds during today’s rain-soaked stage.