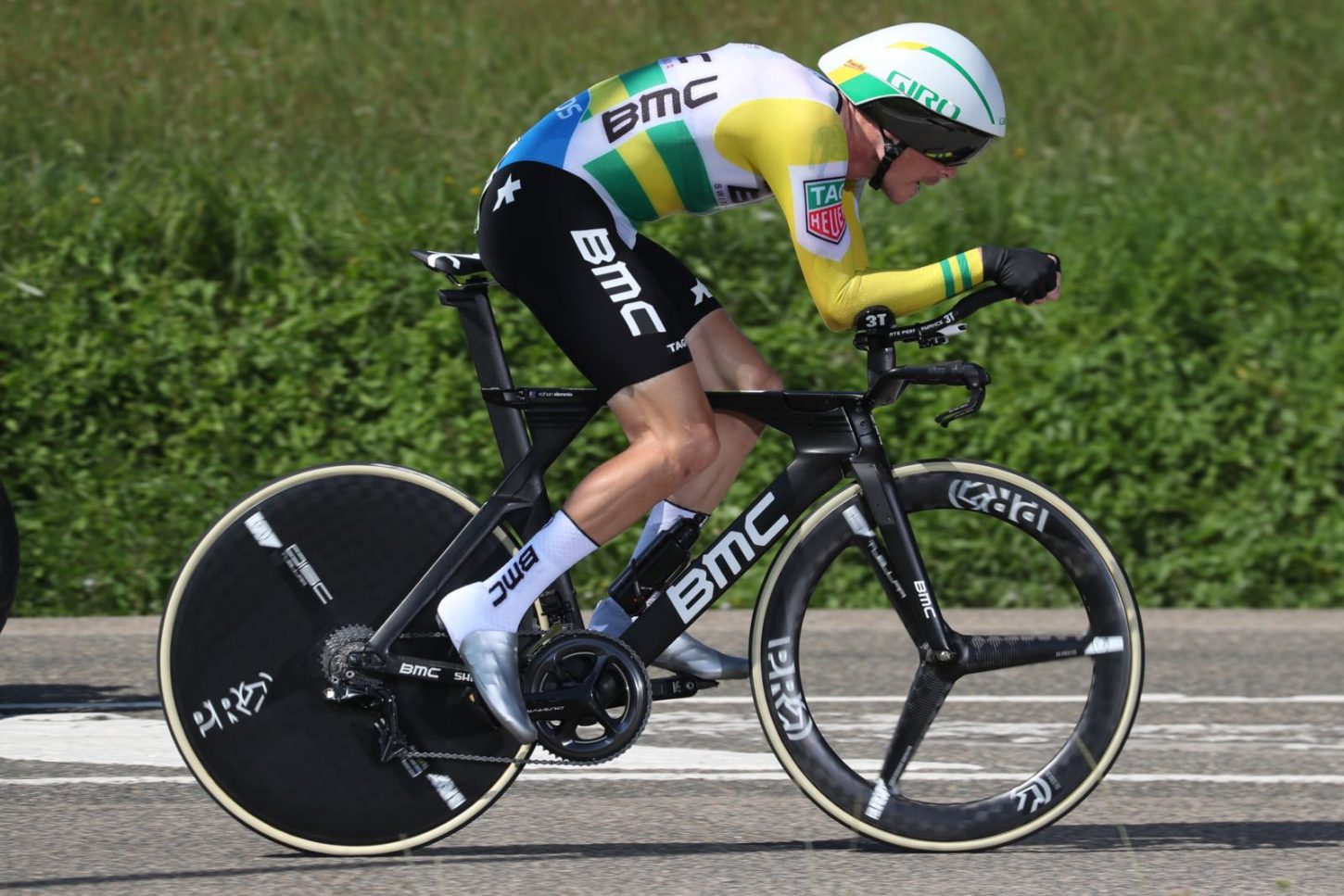 Rohan Dennis (BMC Racing) won today’s Individual Time Trial in the Vuelta a Espana, after the Australian rider stopped the clock at 37:57 following the 32 kilometer route from Santillana to Torrelavega, while his teammate Joey Rosskopf and Team Sky’s Jonathan Castroviejo completed the podium.

Meanwhile, race leader Simon Yates Mitchelton-Scott strengthened his grip on the red jersey after a composed ride saw him extend his advantage in the general classification.

Matthias Brändle (Trek-Segafredo) was the first rider down the ramp, setting a benchmark of 40:16. But, Kasper Asgreen surprised everyone, after covering the course in a new best time of 39:07.

From there, the neo-pro held onto the best time for quite awhile, fending off the European champion Victor Campenaerts (Lotto Soudal, 39:15), until Jonathan Castroviejo (Team Sky) set a new best time: 38:47. The Spanish champion only held it for three minutes, as Rohan Dennis (BMC Racing Team) smashed the time-trial with a time of 37:57. He was the only rider to maintain an average speed higher than 50km/h on a lumpy course.

Among the GC contenders, Steven Kruijswijk (LottoNL-Jumbo) was off the the best start. After 10km, he had the best time, 5’’ ahead of Rohan Dennis and was gaining 17’’ on Alejandro Valverde (Movistar) and 20’’ on Simon Yates (Mitchelton-Scott), also off to a good start. Colombian light-weights Nairo Quintana (Movistar Team) and Miguel Angel Lopez (Astana) were already dropping 40″ on Kruijswijk.

The Dutch rider gradually lost time on Rohan Dennis and eventually set the 4th best time, 38:48. Enric Mas (Quick-Step Floors) also had a solid ride (39:00) to move up 5th on the general classification. With the 13th time, Simon Yates eventually dropped 39″on Kruijswijk but finished 7″ ahead of Alejandro Valverde to increase his GC lead to 33″.

Kruijswijk is now in third place with a 1:03 advantage over of Nairo Quintana.