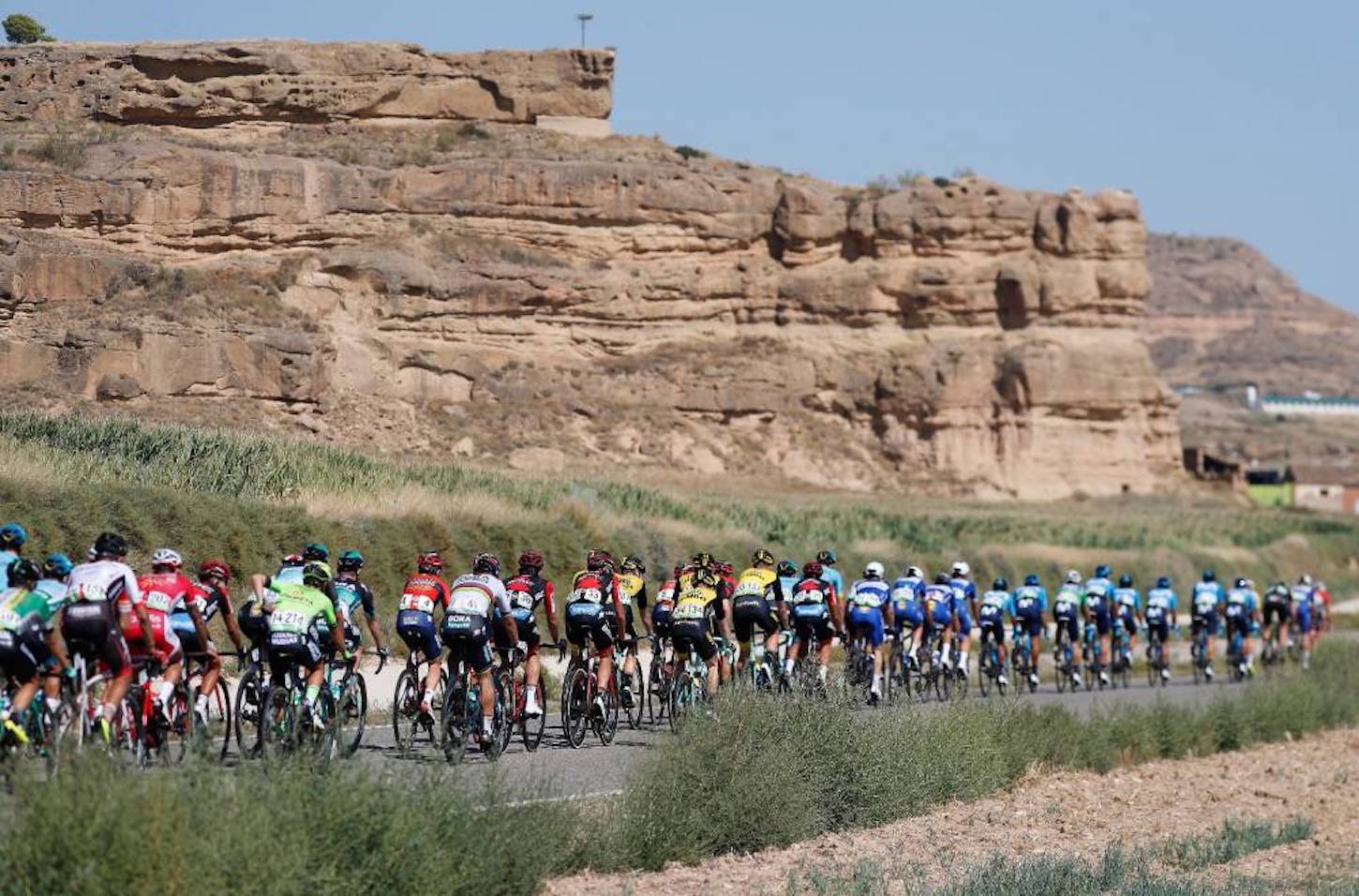 Yates finished second to his French rival on the demanding Coll de la Rabassa in Andorra, while Steven Kruiswijk (Team LottoNL-Jumbo) produced another strong ride to finish third, and jump up two places to third in GC.

With Yates and his team looking in command, it seems likely that British riders will win all three Grand Tours this season, after success for Team Sky’s Chris Froome at the Giro d’Italia and Geraint Thomas at the Tour de France.

Pinot said, “I didn’t think I was going to make it, but I found my legs again … I just wanted to enjoy myself and give it a try … I was surprised to see Yates come back, but he knows the climb very well, he saw Alejandro Valverde was not feeling good, so it was a good moment to attack.”

Yates said, “I’m very wary of tomorrow … I’ll try to stay focused now and of course enjoy the day, but really it’s not over until it’s over … The team did a fantastic job again.

“I have to thank Thibaut for helping me. He could have easily sat on. Of course, he wanted the stage, but he could have stayed behind and not helped, but he helped, so chapeau. You don’t forget things like that very fast.”

A super-fast pace from the outset meant it took until 40-odd kilometres of false flat before three riders finally managed to extricate themselves from the Movistar-led peloton.

Poland’s Michal Kwiatkowski (Team Sky), Eritrean Amanuel Ghebreigzabhier (Dimension Data) and the Australian Simon Clarke (Education First-Drapac) opened up a maximum gap of just over a minute. But with the peloton closing in, Stage 5 winner Clarke sat up and that rang the death-knell for the move.

There followed a flurry of activity as Stage 11 winner Alessandro De Marchi (BMC) combined with Pierre Rolland (EF Education First-Drapac) in a short-lived counter-attack. Yet, once again, the fierce tempo dictated by Valverde’s Movistar gave the riders no leeway and soon things were back to square one.

This time the peloton was happy to let the move stick – and although the Belgian Van Asbroeck soon sat up, Spaniard Castroviejo and the Frenchman Thomas managed to open up a maximum gap of two-and-a-half-minutes.

With 35km remaining, continued Movistar pressure forced a momentary split in the peloton – although Yates’ Mitchelton-Scott team were quick to close the gap.

The leading duo’s advantage was down to one minute as they crossed the frontier between Spain and Andorra with 20km remaining. Within three kilometres, at the start of the Cat.1 Coll de la Rabassa, the break came to an end after Movistar’s Winner Anacona set a brutal pace as the road ramped up.

Anacona was joined by fellow Colombian Quintana as Movistar looked to be paving the way for an ambush by Valverde, who trailed Yates by just 25 seconds going into the stage.

It was Quintana who put in the softening attack with 13km remaining, riding clear with LottoNL-Jumbo pair Kruijswijk and George Bennett in tow. The gap was small but the impact large: behind numerous riders were blown off the back as an elite chasing group was whittled down to around 20 riders.

Shortly after New Zealander Bennett peeled off, Pinot made his move from the pack. The Frenchman quickly bridged over to Quintana and Kruijswijk before moving straight to the front to drive the pace.

Yates, a resident of Andorra, decided that the time was right to make his move. With 10km remaining he surged clear to join the leaders. Dutchman Kelderman attempted to bridge over but never managed to closed the gap and was eventually passed by many of the chasers.

Quintana was called back to help pace Valverde with 8.5km remaining – a job made all the more difficult by a rear puncture which required a mechanical stop with 6.5km to go.

Meanwhile, Yates drove the pace on the front of the leading trio, the British rider opting for the big ring on the gentle 6.6% average gradient of a climb he knew well through training.

Lopez, Uran and Mas all tried to chase back on, while Valverde was merely holding on. Frenchman Tony Gallopin (Ag2R-La Mondiale), who had attacked earlier in pursuit of Kelderman, was caught and passed, while Quintana tailed off near the summit.

Kruijswijk also felt the pinch, the flame-haired Dutchman bring distanced by his fellow leaders before Pinot outmaneuvered Yates in the closing moments to secure the second win of his race.

“It is the icing on the cake,” Pinot said. “I didn’t think that I would do it. I wasn’t feeling good on Wednesday but I found my legs again. It was a beautiful stage and I just wanted to have fun and give it a try. I really wanted to attack early.”

Asked if he was surprised to see Yates attack so early to join him on the front, Pinot said, “I was. I think he knows the climb really well, so he knew exactly where to go and he knew what he was doing. He saw that Alejandro Valverde wasn’t that good so it was a good moment for him to attack.”

Indeed, Yates emerged the true winner of the day, adding over a minute to his lead and putting one arm in the red jersey he hopes to don on the streets of Madrid on Sunday. If he holds his own on Saturday’s crucial stage, Yates could make history by becoming the third British rider to win a Grand Tour this year.