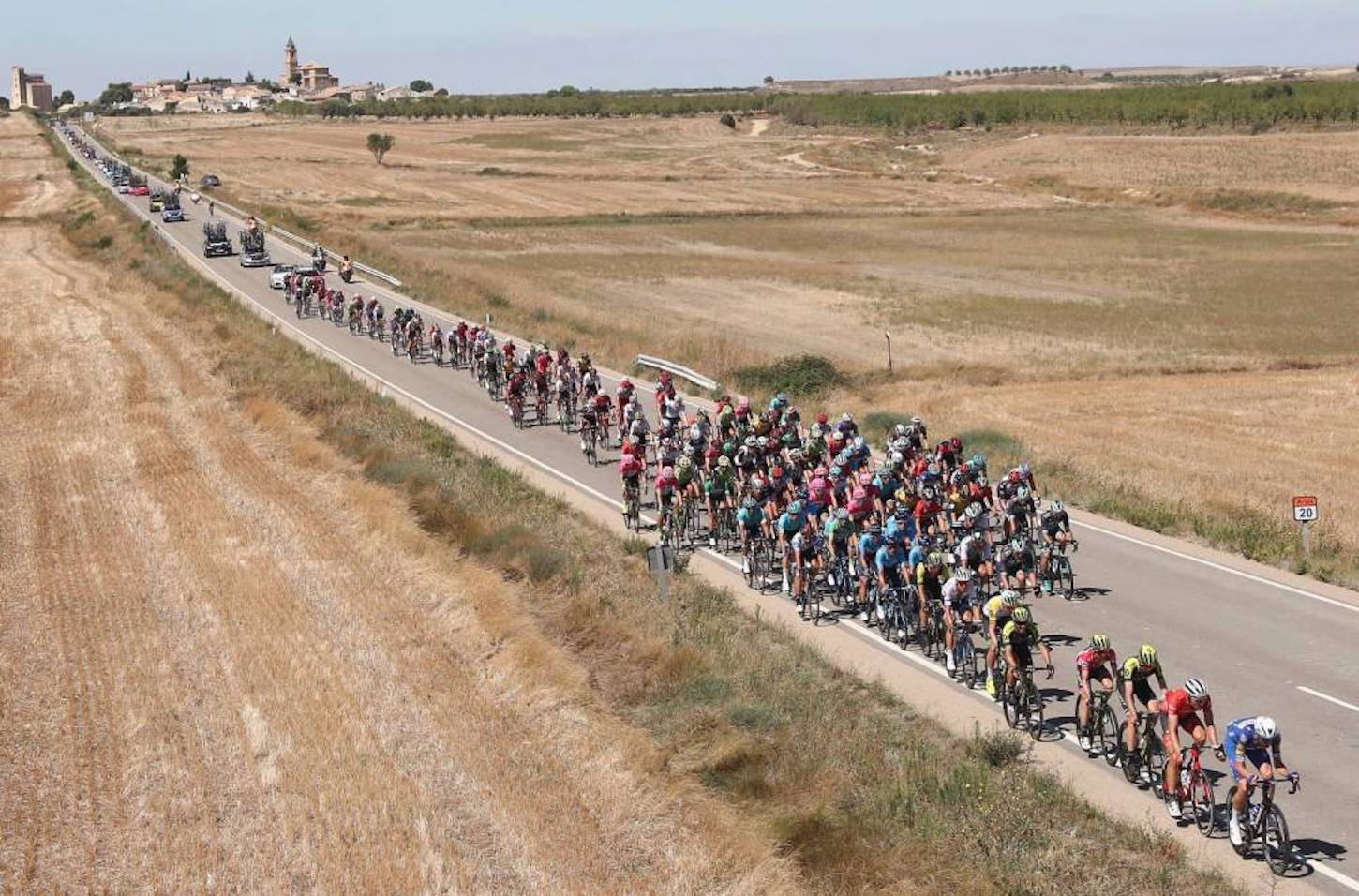 Simon Yates has all but secured this year’s Vuelta a Espana, after the British rider finished third in today’s stage 20.

Mas outkicked Lopez on the decisive Coll de la Gallina to win a maiden Grand Tour stage and rise to second place in the general classification.

In fact, both Mas and Lopez rose onto the podium at the expense of Dutch rider Steven Kruijswijk (LottoNL-Jumbo) and Alejandro Valverde (Movistar), who dropped to fourth and fifth respectively after a thrilling final day in the mountains took its toll on the weary peloton.

Movistar duo Quintana and Valverde completed the top 10 but crossed the line under a cloud over three minutes in arrears, the Spanish veteran having hit the wall with four kilometres remaining.

Yates will ride into Madrid tomorrow for the final processional stage with a 1min 46sec advantage over Mas, with Lopez a further 18 seconds back.

If the general classification favourites opted to keep their powder dry, the start of Saturday’s all-important stage kicked off with a fierce battle for polka dot jersey points as KOM rivals Thomas De Gendt (Lotto Soudal) and Bauke Mollema (Trek-Segafredo) kicked clear in an early move alongside Vincenzo Nibali (Bahrain Merida), Rafa Majka(Bora-Hansgrohe) and a whole cluster of climbing talent.

The Belgian De Gendt consolidated his polka dot lead by taking maximum points over the first two climbs before taking second place over the Coll de Ordino after Spaniard Jusus Herrada (Cofidis) had edged ahead of a leading group of 16 riders.

With 38km remaining, the Astana team of Lopez put in their plan of action. Having whittled down the pack through some hefty pace-setting, the Kazakh team saw their two riders from the break – Omar Fraile and Dario Cataldo – drop back to help launch their Colombian clear.

Lopez, in the white combined jersey, then joined forces with the likes of Nibali and Mollema before reeling in leaders Majka and David de la Cruz (Team Sky) ahead of the summit.

But for all his effort, the red jersey pack behind closed the gap – and it was all back together as Mollema edged Lopez over the summit to keep his faint hopes alive of the polka dot jersey with 33km remaining.

To oust De Gendt, the Dutchman would have needed to take maximum points over the final two climbs of the Vuelta – and that became wholly unlikely the moment Quintana lit the torch paper with an attack at the start of the descent.

Quintana hit the start of the Coll de la Commella with a small gap and was soon joined by compatriot Lopez. Although neither rider was a genuine threat to the red jersey of Yates, the race leader then decided that attack was the best form of defence and kicked clear with 17km remaining.

Only Mas could match the acceleration of Yates and the two riders soon rode onto the wheels of the Colombian duo ahead. The leading quartet stretched their lead to 30 seconds on the descent before Quintana was called back to help team-mate Valverde at the foot of the final climb of the race.

Caught in two minds, Yates eased up on the Coll de la Gallina to allow Mas and Lopez to ride clear. The gap yo-yoed as the man from Bury seemingly toyed with the idea of pushing for a second stage win to cap his overall triumph.

But instead, Yates simply kept his cool and rode within himself as his rivals behind flustered under the pressure of the two riders battling it out for the stage win and the final podium positions.

Quintana led the chase, but set such a tempo that his team-mate Valverde popped with 4km remaining. With the Colombian dropping back it was left to Kruijswijk, his third place under threat, to set the tempo, with Pinot, Uran and Kelderman seemingly happy to sit on and hitch a ride.

With the gap not coming down, Kruijswijk himself tailed off. Their podium positions assured, Mas and Lopez eased up in the final kilometre as they started the mind games for the finish.

It was Mas who had the biggest kick, shutting the door on a dancing Lopez on the final bend before holding on to celebrate the biggest win of his fledging career with a double punch of the air.

Mas’ superb win was his Quick-Step team’s 64th of the season and his performance in the Vuelta the team’s best since former rider Uran finished runner-up in the 2014 Giro.

But despite the heroics from Mas, it was all about Yates, who on Sunday will celebrate his maiden Grand Tour victory four months after his spectacular collapse in the Giro – a well-earned win that cements Britain’s position as the current leading nation in professional cycling.

If it was a triumph for one Spanish rider at the start of his career then it was a nightmare for another on the other end of the journey, as veteran Valverde, despite securing the green points jersey, dropped off the podium to fifth place, a whopping 4’28” down on Yates.

De Gendt, meanwhile, secured the polka dot jersey with a tally of 95 points, 12 points clear of his nearest challenger, Mollema, to become the first Belgian in 35 years to win the Vuelta’s climbing prize.