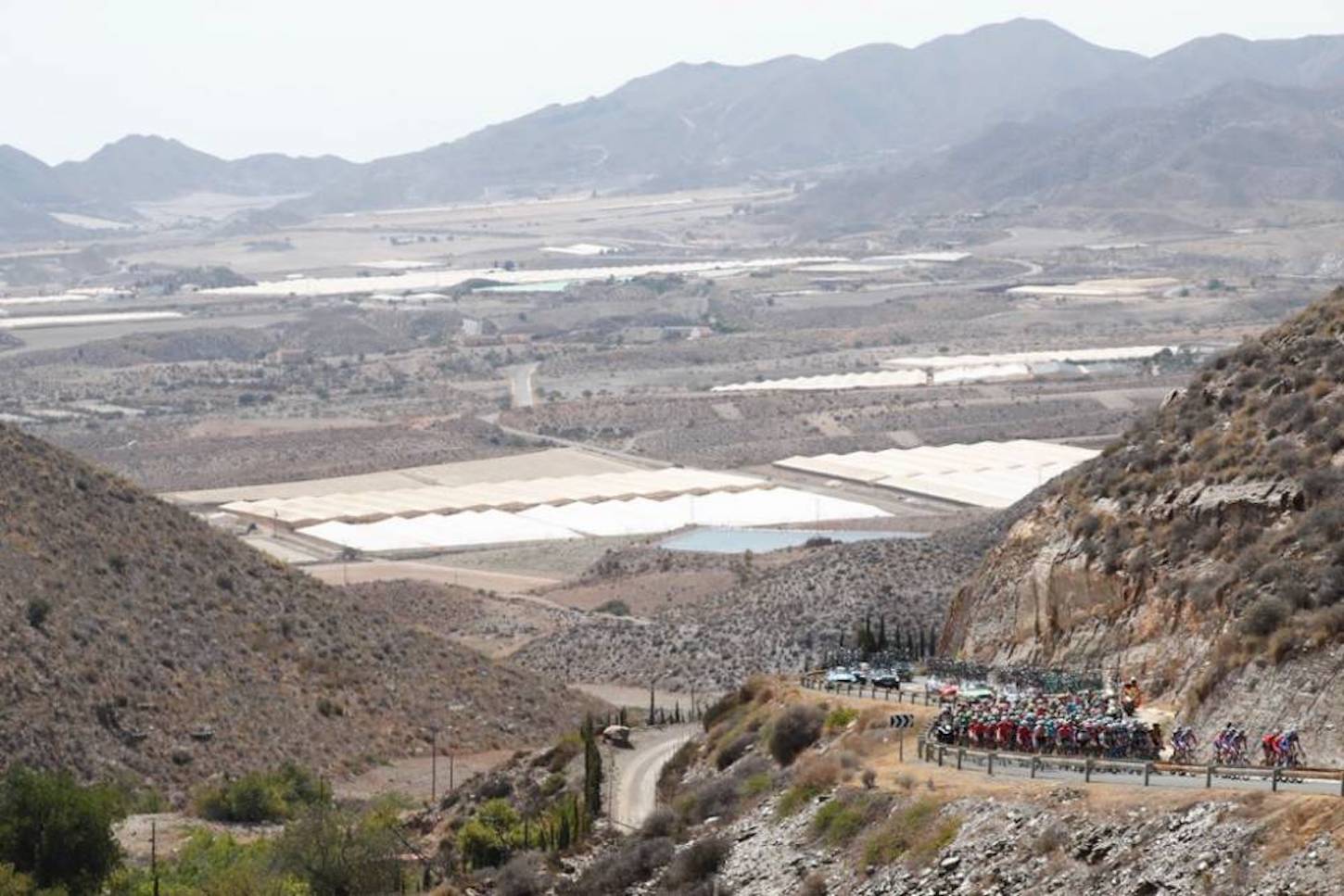 Nacer Bouhanni (Cofidis) claimed victory in stage 6 of the Vuelta a España in San Javier today, after the French rider bested Wilco Kelderman and Thibaut Pinot in a sprint finale.

Meanwhile, Rudy Molard (Groupama-FDJ) maintained his lead in the overall classification with a 41-second margin over Michal Kwiatkowski (Team Sky).

A trio of three rider consisting of Polka-Dot jersey wearer Luis Angel Mate (Cofidis), Richie Porte (BMC Racing Team) and Jorge Cubero (Burgos-BH) attacked from the outset of today’s 153 kilometer stage from Huércal-Overa to San Javier, subsequently opening up an advantage of around three minutes over the peloton.

Mate later claimed the KOM points atop the cat-3 climb of the Alto del Garrobillo, while the trio’s gap continued to increase to almost four minutes as they crested the summit.

However, with 80 kilometers remaining, the peloton managed to reduce the escapee’s gap down to two minutes, while Mate once again claimed the KOM points along the climb of the cat-3 Alto Cedacero.

From there, the peloton continued to chip away at the breakaway group’s lead, eventually reducing their gap to under a minute with 45 kilometers still to go.

With the peloton now at their backdoor, Cubero decided to go solo, but he was quickly reeled in by the chase, which had already reined in his former breakaway companions.

A crash involving Fabio Felline (Trek-Segafredo) later split the peloton with 25 kilometers to go, which saw Pinot pushed to the back while Kelderman suffered a mechanical problem a further 6 kilometers later.

However, both Pinot and Kelderman’s teammates united their efforts in order to bring both riders back into the lead group during the final 8 kilometers, with Bouhanni ultimately triumphing in the final sprint.