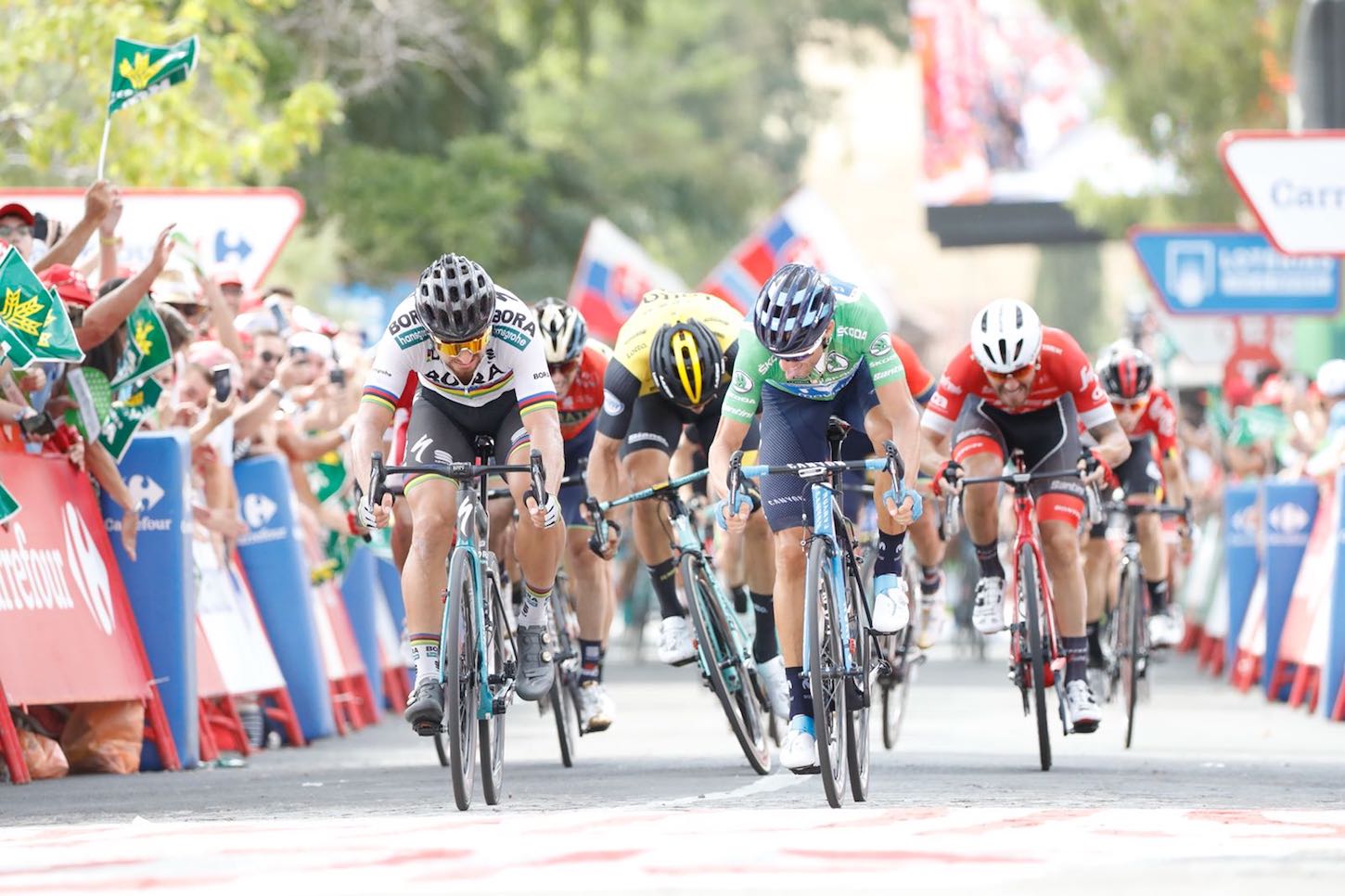 Alejandro Valverde (Movistar) continued his winning ways after claiming today’s stage 8 of the España, after the veteran Spanish rider piped Peter Sagan (Bora-Hansgrohe) during a final dramatic uphill sprint in Almadén, earning him his second victory in this year’s Spanish Grand Tour.

Meanwhile, Rudy Molard (Groupama-FDJ) finished safely in the main group to retain his grip on the overall race lead.

A small group of riders containing Tiago Machado (Katusha-Alpecin), Jorge Cubero (Burgos-BH) and Hector Saez (Euskadi-Murias) managed to escape from the outset of today’s 195.5 kilometer stage from Linares to Almadén.

From there, the escapees went on to open up a sizable advantage of 10:40 over the peloton during the first 44 kilometers, which later swelled to a massive 11:14.

This prompted teams such as Trek-Segafredo, Bora-Hansgrohe, Cofidis and Quick-Step Floors to come to the front and try to reduce the gap.

Still, the trio continued to increase their advantage to the point where their lead surpassed the 12 minute mark, with Saez being the first to summit the only categorized climb of the day, the 10.3 kilometer long climb of the Alto de Españares.

After the climb however, the escapee’s lead began to fall, to where it was under 10 minutes with still almost 100 kilometers left to go.

As the kilometers ticked away, the trio’s advantage continued to dwindle, which was halved with 50 kilometers to go, and later reduced to just 1:50 during the final 20 kilometers.

With the peloton now fast on their heels, Machado decided to go solo with 7 kilometers remaining. But, the Portuguese rider was eventually reeled in during the final kilometer, as the race began shaping up for an inevitable sprint finale.

Ivan Garcia Cortina (Bahrain-Merida) was the first rider to open up his sprint, while Sagan remained poised to challenge his Spanish rival.

But, Valverde timed his sprint to perfection, nixing the World Champion on the line to seize the stage honors.

Valverde is now within 37-seconds of Molard in the overall classification.