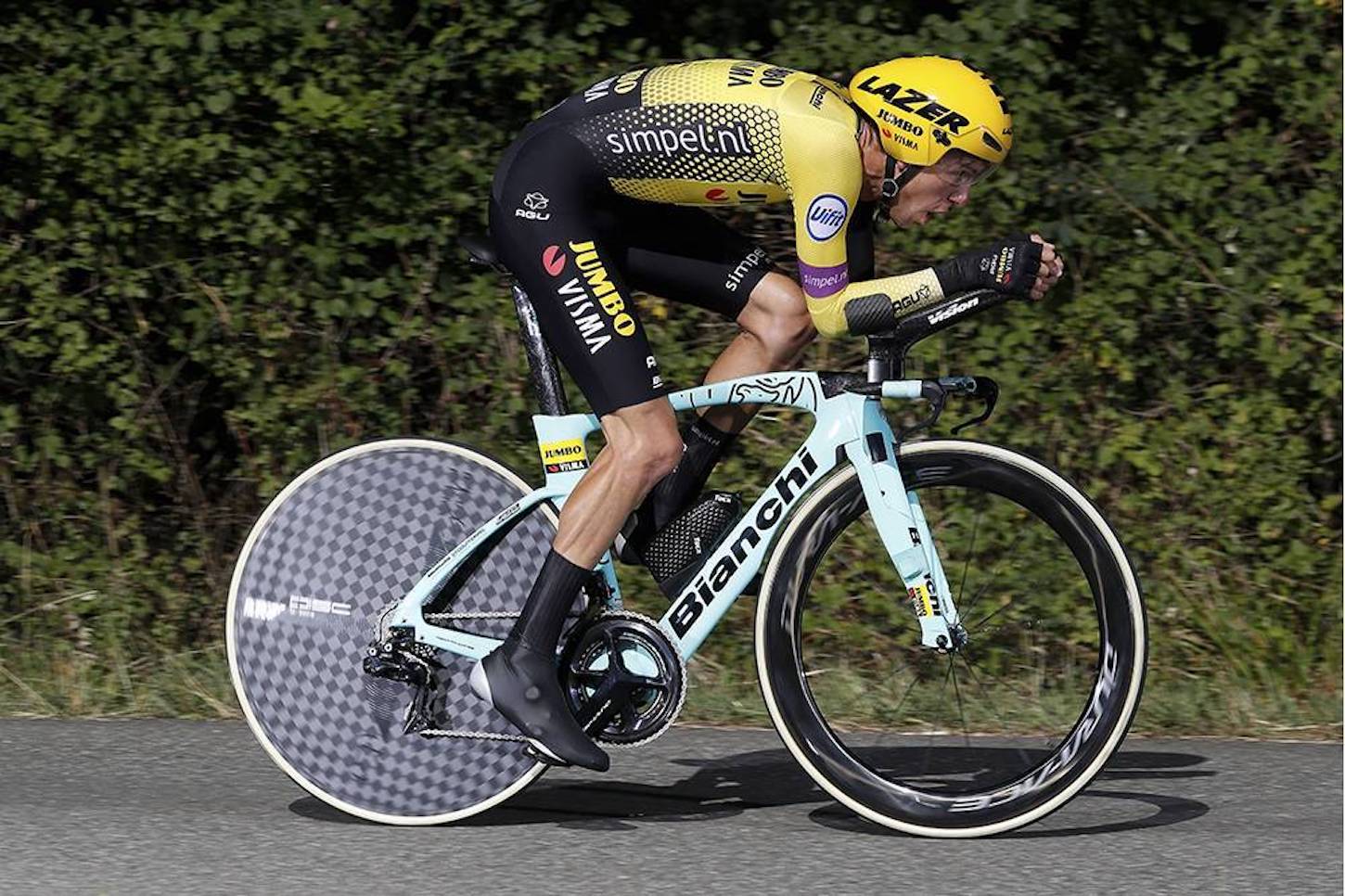 Primoz Roglic (Team Jumbo-Visma) took over the race lead in the Vuelta a Espana today, after the Slovenian rider stormed to victory in the Individual Time Trial event in Pau.

Roglic started today’s stage 10 six seconds down on overnight leader Nairo Quintana (Movistar), but did not disappoint, finishing the 36.2 kilometer race against the clock with the fastest time of 47:06.

“Every time trial you try to do as fast possible, it was the same issue today,” said Roglic after the stage. “I’m happy with the performance for sure. I just tried to go all the time as fast as possible and yeah, it was enough at the end.

“We will see in Madrid,” he said when asked about whether he had sealed overall victory with this performance. “For sure I won today but we have to go day by day.”

Meanwhile, Patrick Bevan finished in second place with a time of 47:30, followed by Rémi Cavagna (Deceuninck-QuickStep) a further 27-seconds back.

However, all eyes were fixed on a weary Quintana as the Colombian rider came home in 50:11 to relinquish the red leaders jersey.

Roglic now leads Alejandro Valverde by 1:52 in the overall classification, with Miguel Angel Lopez (Astana) in third at 2:11, while Quintana moves down to fourth at 3:00 off the lead.

Quintana, who announced a move to lower-level team Arkea-Samsic on Monday, was expected to lose time, but even by his standards it was a very disappointing showing.

At times the TV cameras showed the Colombian sat almost straight upright, clearly uncomfortable in the aerodynamic position on the bike’s TT bars.

Whether he can recover enough time in the mountains remains to be seen. It’s widely thought that the final week of this year’s Vuelta offers very few options for the pure climbers to take time so if Quintana needs time he must capitalize in the next five days.

The day’s big revelation was Tadej Pogacar (UAE Emirates), who proved he can time trial better than most GC riders, taking a few seconds from both Valverde and Lopez.

The youngest rider in the race started incredibly quickly, but perhaps paid for his early efforts as he faded between the first intermediate timing point and the finish.