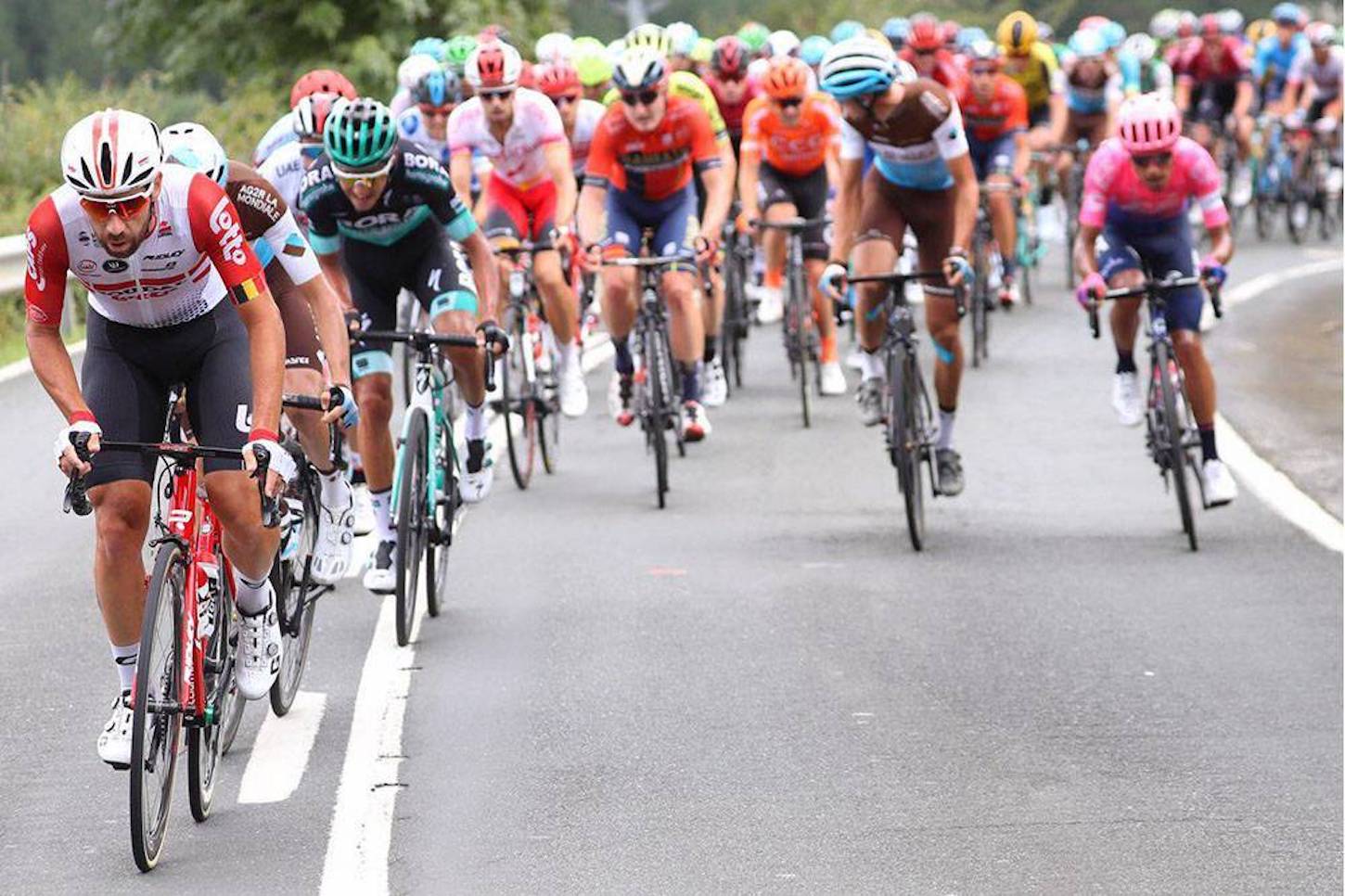 Tadej Pogačar(UAE Team Emirates) took an impressive victory in stage 13 of the Vuelta a Espana today, after the Slovenian rider triumphed over Primož Roglič (Jumbo-Visma) on the steep slopes of Los Machucos.

Despite missing out on the stage win, Roglic tighten his grip on the red jersey, putting time into almost all of his rivals on the first of four remaining summit finishes of the race, extending his lead to 2’25” over Alejandro Valverde in second place. Pogacar moves up to third at 3’01”.

Miguel Angel Lopez finished the day 1’01” in arrears, but there were also significant losses for Valverde and Nairo Quintana.

Once the stage proper got underway, a number of attacks off the front were snuffed out in the opening 40km, before Wout Poels surged away. A chasing group caught the Ineos man to form a 29-rider break, who opened up a gap of over eight minutes

The size of the group ensured a high pace in the break, with attacks off the front by Poels again, Thomas de Gendt, and Hector Saez. The latter opened up a gap of over two minutes, but his solo effort ended on the early slopes of the final climb.

A remarkable chase by the peloton closed down an eight-minute break, and the eye-watering gradients of the final climb – known by the locals as the rampas inhumanas – saw big time gaps open up.

Quintana attempted to pick up the pace and drop Roglic, but the Slovenian was too strong and it was he who eventually dropped his rivals, leaving Quintana, Lopez and Valverde in his dust as he took compatriot Pogacar up with him.

Pogacar benefitted largely from the efforts of his fellow Slovenian Roglic, and took the white jersey for the icing on the cake.