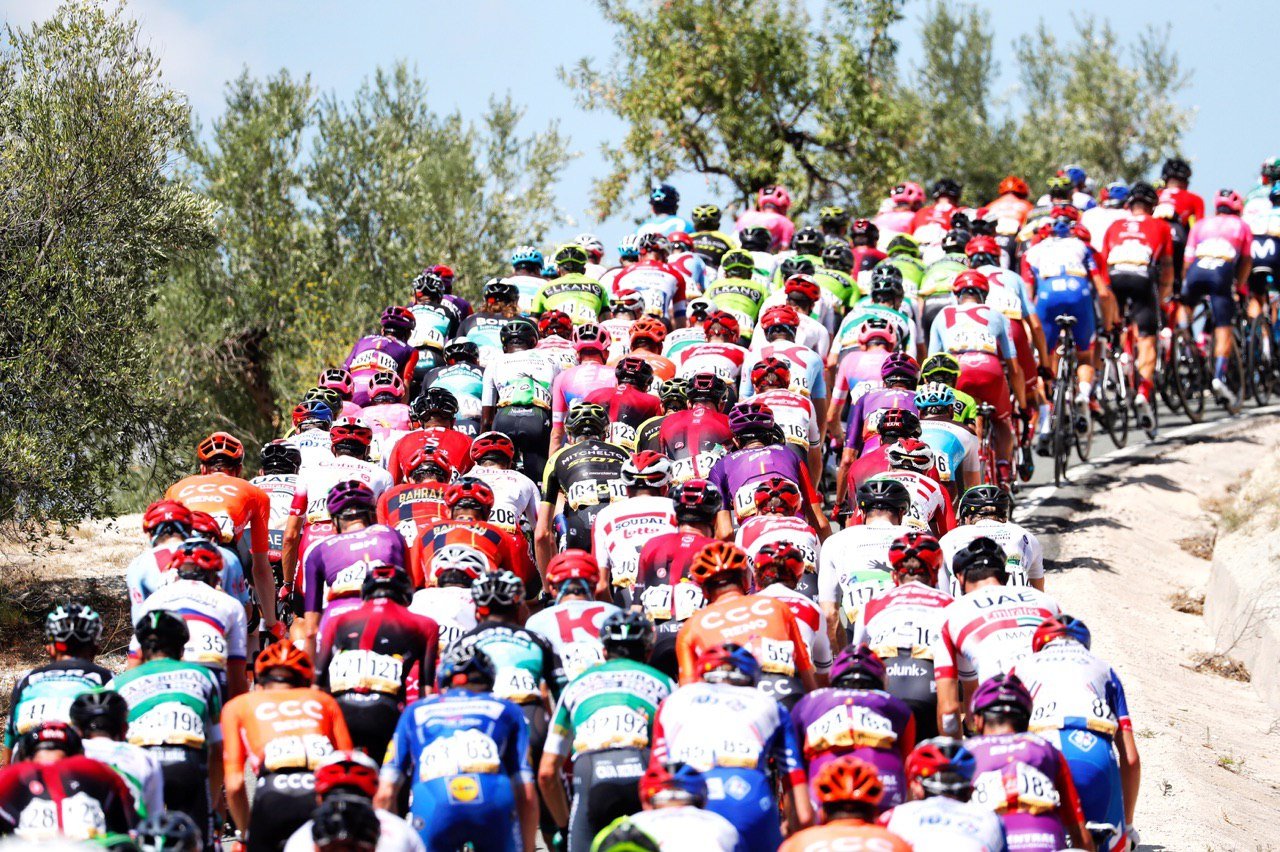 Nairo Quintana (Movistar) took an impressive victory in stage 2 of the Vuelta a Espana today, after the Colombian rider attacked with 3 kilometers to go to claimed a solo victory in Calpe ahead of Nicholas Roche (Team Sunweb) and Primoz Roglic (Jumbo Visma).

But, a blistering attack from Quintana along the flat approach to the finish caught his fellow escapees off-guard, evidencing the Movistar rider’s excellent form early on in this year’s Spanish Grand Tour.

In the meantime, Roche outsprinted Roglic for second place five seconds behind Quintana, earning the Irish rider enough tie in bonus seconds to takeover the overall race lead with a two-second advantage over his Colombian rival.

Having missed out on red, Quintana will sport the green points classification jersey, while Lopez will don the white young rider’s jersey.

Five years after he wore the red jersey for one day in the 2013 Vuelta, Roche is back in the hot seat while Uran moved in third place at eight seconds back, followed by Nieve in fourth at 22 seconds behind while Lopez dropped to fifth at 33 seconds.

Back in the peloton, the stinging double-digit ramps of the Cumbre del Sol climb took its  toll on the general classification, with the Team Ineos duo Wout Poels and Tao Geoghegan Hart crossing the line almost 10 minutes in arrears.