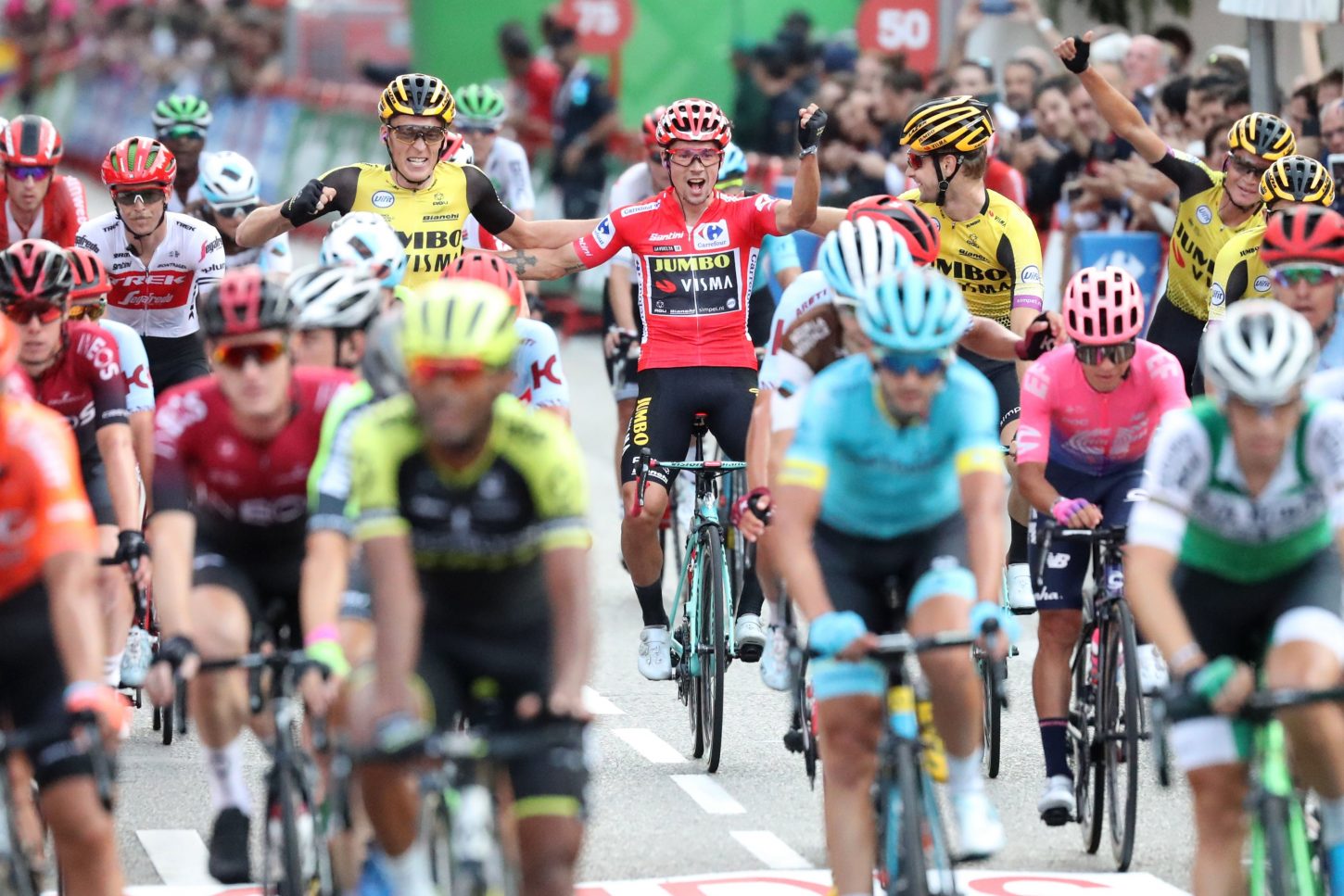 Roglic was all smiles as he crossed the line arm-in-arm with his Jumbo-Visma teammates to secure the red jersey and an historic win for Slovenia.

Today’s final stage – a largely 106.6km processional jaunt into the Spanish capital saw all eyes focussed on Roglic, who delivered a near-flawless three weeks of racing in Spain.

In only his fifth Grand Tour and first Vuelta appearance, Roglic, who came to the sport late after a career as a ski-jumper, was joined on the final podium by both the oldest and youngest riders in the race.

After nine laps of the city center, a bunch sprint played out once the breakaway duo of Dani Martinez (EF Education First) and Diego Rubio (Burgos-BH) were reeled in with 7km remaining.

The final sprint was launched by Edward Theuns (Trek-Segafredo) but it was 23-year-old Jakobsen – having benefitted from an excellent lead out by his QuickStep teammates Remi Cavagna, Zdenek Stybar and Max Richeze – who powered clear.

Bora-Hansgrohe’s Bennett, a double stage winner and twice runner-up, had his rivals wheel but could not find the needed speed to reel in debutant Jakobsen, who matched teammate’s Philippe Gilbert’s brace of wins, making it five along with Cavagna’s win in Stage 19.