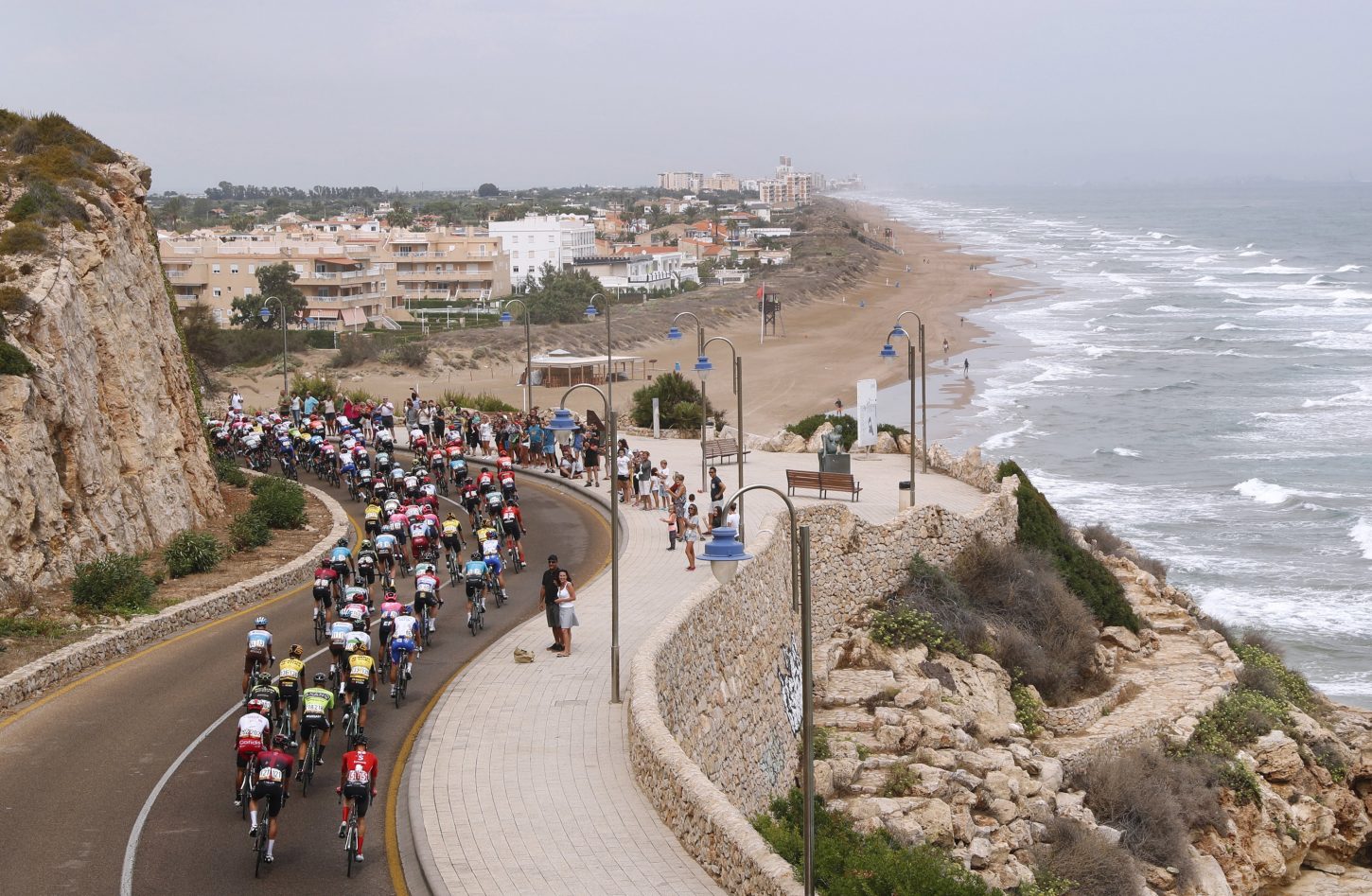 Fabio Jakobsen ( Deceuninck-QuickStep) claimed stage 4 of the Vuelta a España today, after the Dutch rider triumphed over Sam Bennett (Bora-Hansgrohe) by mere millimeters in a sprint finish to seize the stage honors in El Puig, while Max Walscheid (Team Sunweb) took the final spot on the podium.

Today’s stage ended with a textbook finale to the largely flat 175.5 kilometer route that saw QuickStep send Remi Cavagna up the road with just over five kilometers remaining, forcing their rival teams to put in a frantic chase ahead of the bunch sprint.

Bennett, who was  expected to double up following his emphatic Stage 3 win on Monday, lost his position on one of the many roundabouts that punctuated the finale.

Bennett finished fast but ran out of road as Jakobsen powered to the biggest win of his career, one day after he finished seventh.

Despite missing out on a second successive win, there was a visit to the podium for Bennett to pick up the green jersey after the Irishman leapfrogged Quintana at the top of the points classification.

Jelle Wallays (Lotto Soudal) and Jorge Cubero (Burgos-BH) attacked almost as soon as the flag dropped and dragged their maximum lead to the peloton out to seven minutes.

Wallays was left on his own when Cubero suffered a mechanical issue and lost contact with him 32km to the finish.

The lone escapee then had lead of 36 seconds on Cubero and one minute and 10 seconds on the peloton. Cubero was caught 2 kilometers later.

Wallays battled to maintain his buffer and was eventually also caught by the peloton with 18 kilometers remaining.

With 5.5 kilometers to the finish, Cavaga opened a small gap over the peloton, but he was caught just shy of the flamme rouge before Jakobsen launched his winning move.