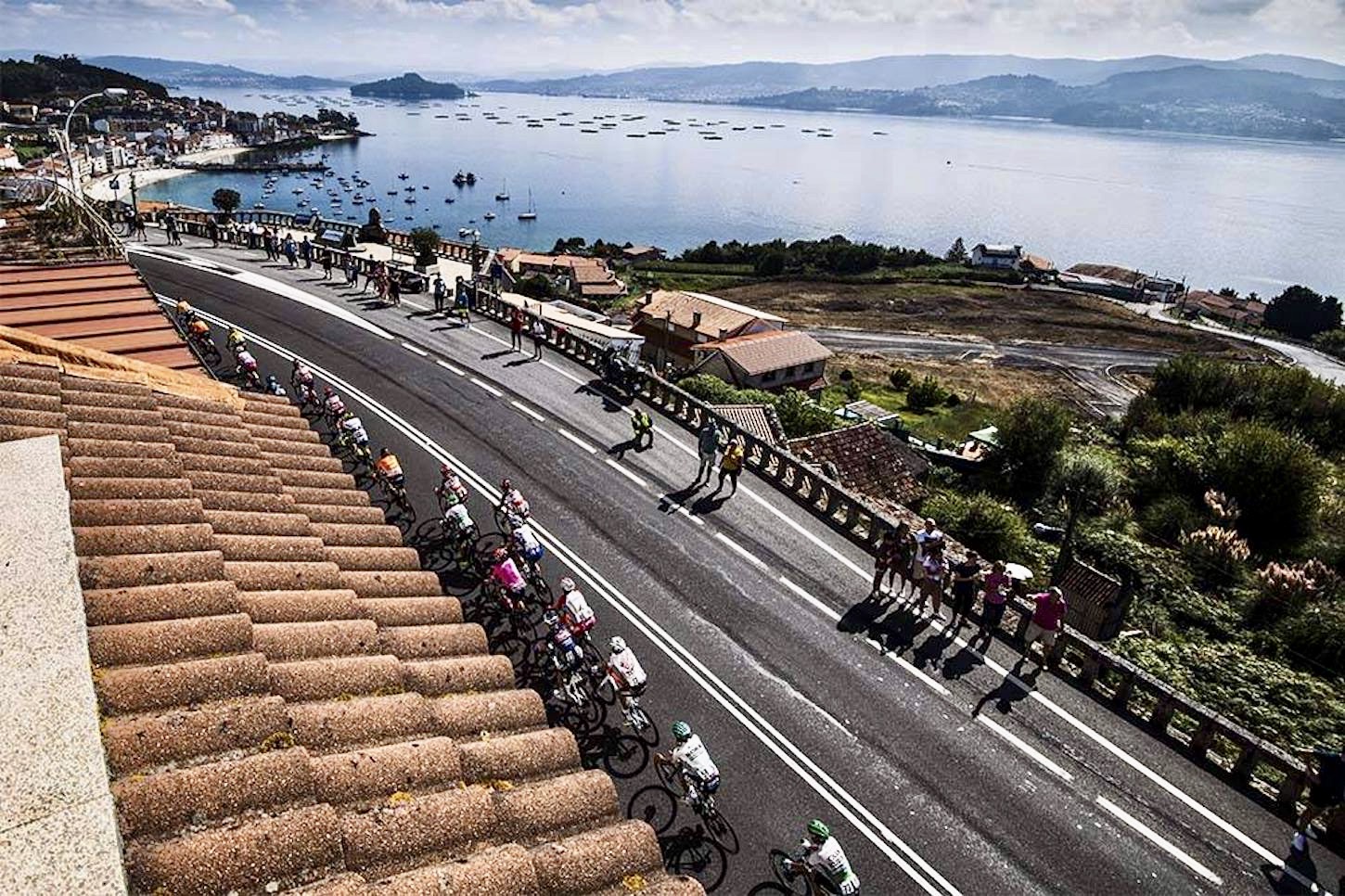 Clement Champoussin (AG2R Citroen) claimed stage 20 of the Vuelta a España today, after the French rider rode clear of the day’s breakaway along the final climb while the rest of the escapees were caught by the chase that was being led by race leader Primož Roglič (Jumbo-Visma), Enric Mas (Movistar), Adam Yates (Ineos Grenadiers) and Jack Haig (Bahrain Victorious) after dispatching the likes of Miguel Angel Lopez (Movistar) and Egan Bernal (Ineos Grenadiers) earlier in the stage.

Attacks fired furiously from the flag. One failed, then four, then fourteen went away and were pulled back. A few more tried to some success but not quite enough. Eventually, an hour and 42 kilometers into the stage we had a break of sixteen that the peloton was content with.

The break itself, had strength in depth, as well as the top two in the mountains classification, Michael Storer and Romain Bardet (DSM) was similarly satisfied. They all took their turn, revolved, pushed on. By the end of the second hour their lead over the peloton was ten minutes.

Although polka dot jersey incumbent Storer had been able to easily pick off top mountains points on the first and second classified climbs to decide that competition, by the time he took the maximum on the third the idea that the win was destined for the break no longer seemed so certain. The lead was cut in half by Bernal’s Ineos domestiques, who rode themselves ragged. The breakaway must have heard what was coming as what had been a cooperative quickly fell apart.

Bernal would not be the primary beneficiary of his team-mates efforts. Although the Colombian rider inevitably launched the first attack from the reduced peloton, with 57 kilometers left of the race and the front of the race not far off, he fell victim to Yates counterpunch who dropped off, along with Lopez.

The British rider formed a group of four, with Roglič, Haig and Mas that would first swallow up the remnants of the early break and then head for the finish. With the kilometers rapidly falling Ryan Gibbons (UAE Team Emirates) was the only rider left out front, and by the final climb, his day was surely numbered too.

Gibbons did not have the legs to counter after he himself was caught but Euskaltel’s Mikel Bizkarra, who had been able to hang on, managed a couple of valiant failures before, at 1.5 kilometers left, with the favorites watching each other, Champoussin launched his decisive move.

The quartet were thrust into panic mode, but with no one willing to lead the chase and harm their own chances, Champoussin crossed the line six seconds ahead of Roglič in a thrilling end to Grand Tour road racing of 2021.

The Slovenian rider’s jersey wasn’t put under pressure for a moment, though we saw no sign he could not withstand any that came his way.