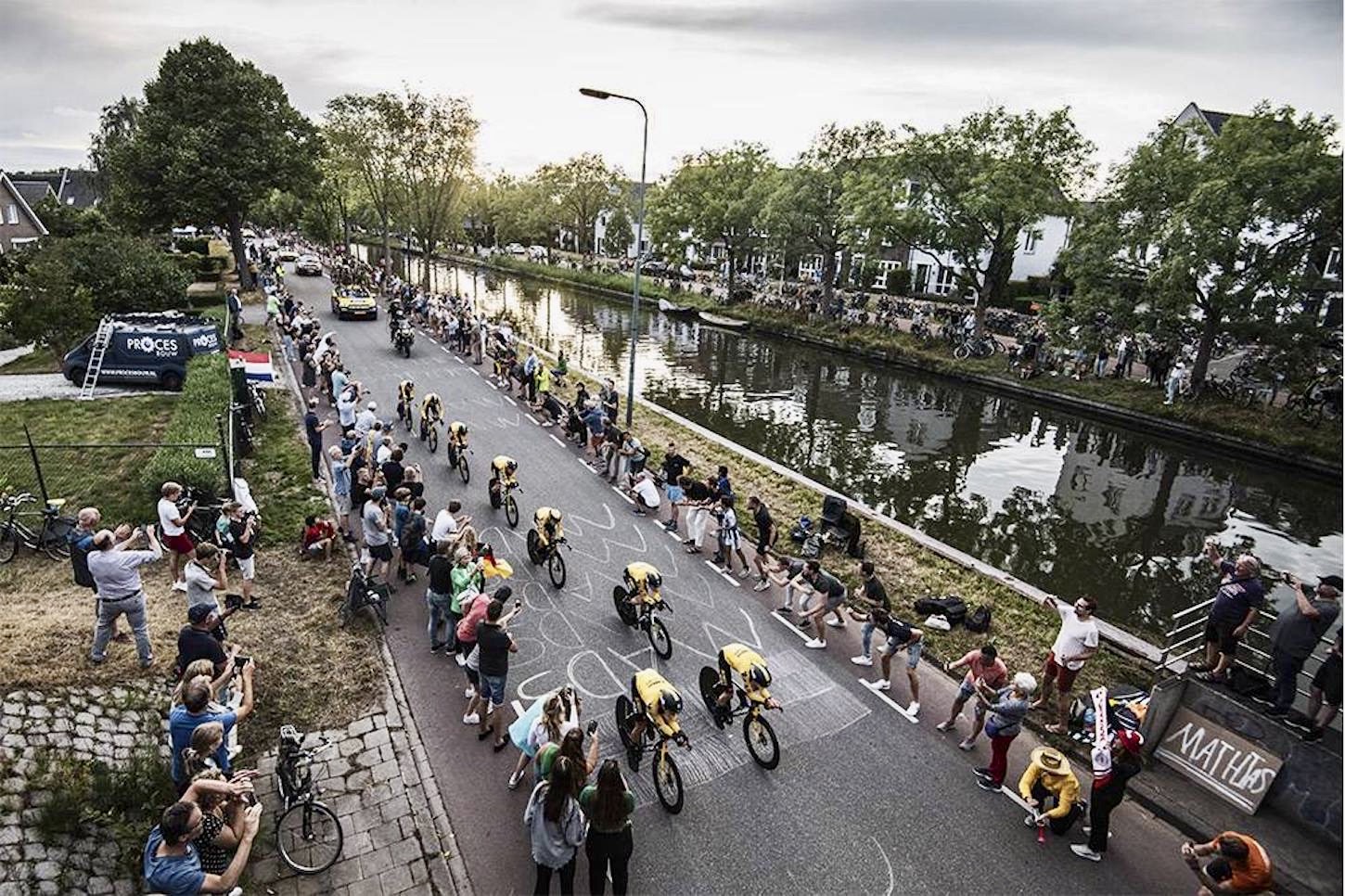 Robert Gesink is the first leader of this year’s Vuelta a España, as Jumbo-Visma dominated the opening team time-trial, covering the 23.3km course along the streets of Utrecht in 24’40’’.

On home soil, the Dutch squad was 13’’ faster than Ineos Grenadiers and 14’’ faster than Quick-Step Alpha Vinyl to already put Primoz Roglic in prime position in his bid for a historic fourth consecutive victory in the Spanish Grand Tour. But first, Gesink takes La Roja in his 9th participation. He will enjoy it in the Netherlands as stage 2 runs from ‘s-Hertogenbosch to Utrecht

Burgos-BH were the first riders to set off at 18:30, with menacing clouds covering the sky of Utrecht, with a few wet spots on the road. And the Spanish squad naturally sets the first reference, in 26’38’’. Unfortunately, they could only start with 7 riders as Manuel Peñalver returned a late positive test to Covid-19.

The situation then settles until Bora-Hansgrohe set off with the winner of the Giro, Jai Hindley. At the intermediate point (km 11), they are 2’’ ahead of Team BikeExchange-Jayco. But they trail by 10’’ as they cross the line.

Ineos Grenadiers are the first team to go under 25 minutes, with a time of 24’53’’. Quick-Step Alpha Vinyl only rail by 0.77’’ on the line… But Jumbo-Visma smash the best time in 24’40’’. Gesink is the first across the line to take La Roja in his ninth participation in La Vuelta.