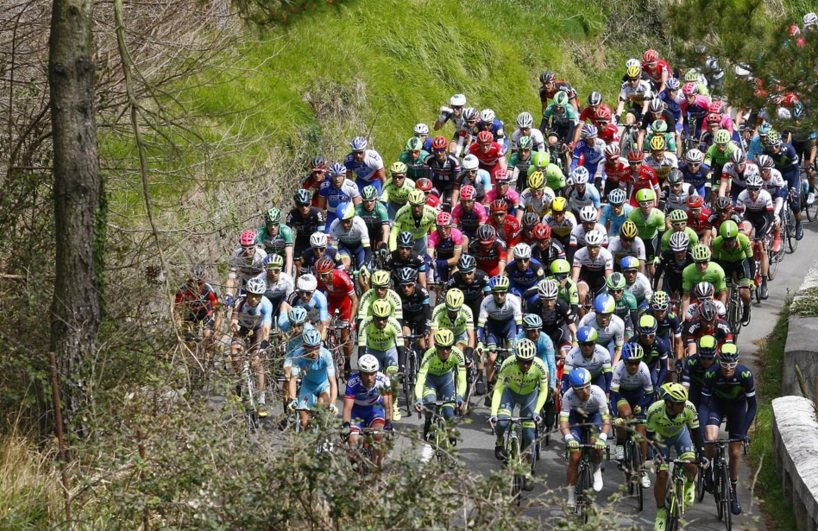 Diego Rosa (Astana) took an impressive solo victory in today’s Vuelta al Pais Vasco, finishing the stage with a massive advantage of more than three minutes over the peloton.

As a result of today’s standings, overnight leader Wilco Kelderman (LottoNL-Jumbo) was forced to surrender the yellow jersey to Henao, while Contador moved up into second place in the overall classification at six seconds behind, followed by Thibaut Pinot (FDJ) in third, a further 4 seconds back.

Rosa had been part of a large 24-rider breakaway group, before executing his winning move around the 50 kilometer mark.

From there, the Astana rider quickly opened up a significant advantage over the group, which proceeded to splinter over the day’s eight categorized climbs.

The same would happen later in the peloton during the final 12 kilometers, with stage winner Mikel Landa (Sky) linking up with team-mate David Lopez from the earlier break, along with Simon Clarke (Orica-GreenEdge), Serge Pauwels (Dimension Data) and Carlos Verona (Etixx-QuickStep), to form a five-rider chase group.

Back in the peloton however, Contador would commence a final attack during the remaining 5 kilometers, bringing with Henao along with him.

The duo quickly caught and passed Landa et al, and worked in unison along up the final climb to distance their rivals.

At that point however, Rosa’s time advantage was so great, there was no catching him. In fact, the Italian rider, was so far ahead, he later had enough time to dismount and walk across the finish – holding his bike in the air in celebration.