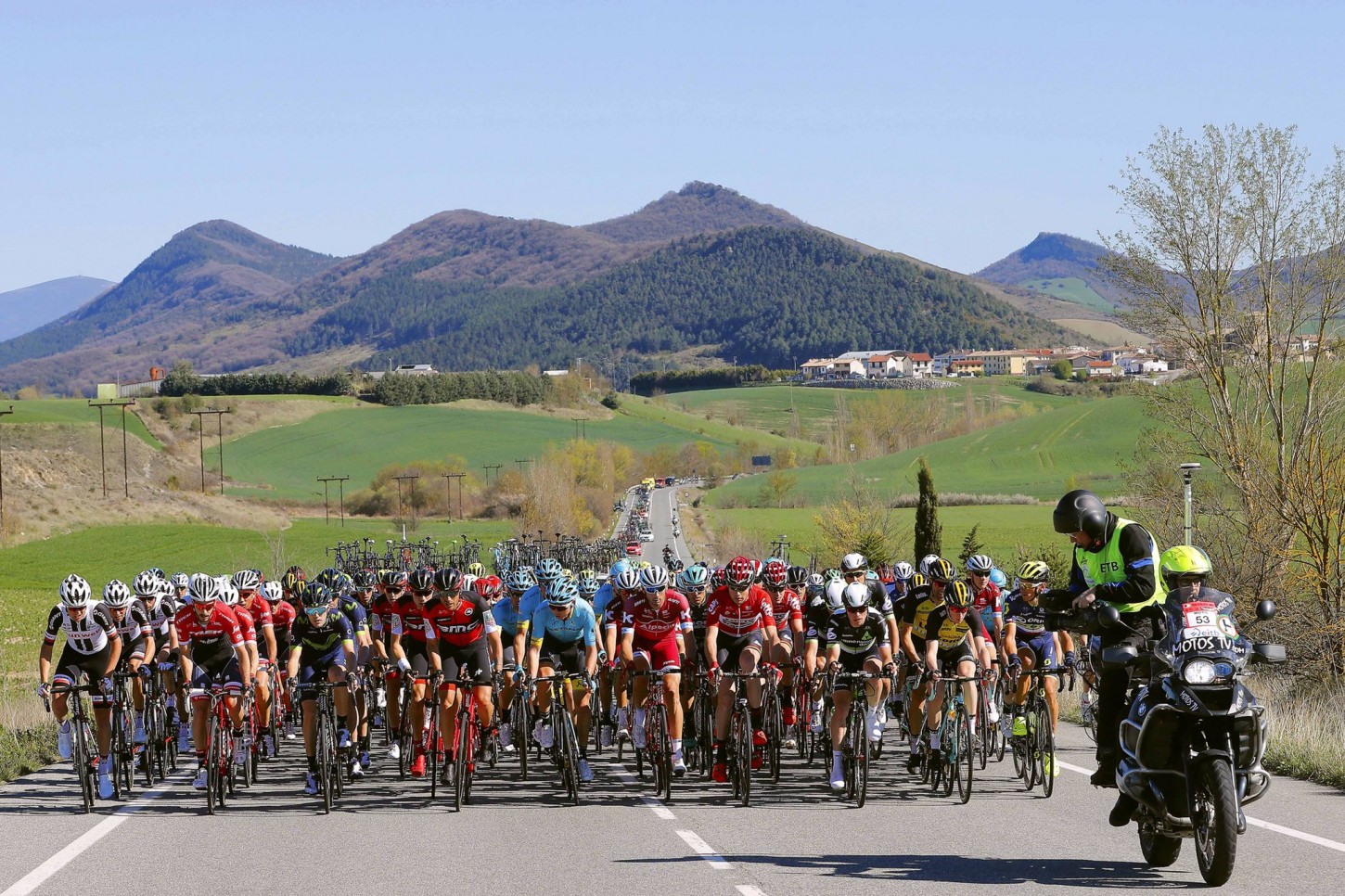 Michael Albasini claimed his first victory of the season, after the ORICA-Scott rider won stage 2 of the Vuelta al País Vasco during a chaotic bunch sprint today.

The Swiss rider timed his final surge with perfection, after countering a late attack from Dean De Bie (Lotto Soudal) heading into the final turn and later holding off a late challenge from Quick-Step’s Max Richeze.

“It’s always good to win so early in the season so I’m really happy,” Albasini said. “We knew the finish was really fast, so we had bigger chainrings. I checked out the finish with satellite to know how it is.”

Fabricio Ferrari (Caja Rural-Seguros RGA) and Luis Angel Maté (Cofidis) were allow to roam freely for most of today’s stage.

With less than 20 kilometer remaining however, Maté found himself out front alone, as his former breakaway companion decided to drift back into the clutches of the peloton.

From there, Quick-Step began amassing at the front in order to thwart any further attacks, but the Belgian squad found themselves closely marked during the first of two small climbs before the final decent to the finish.

Shortly thereafter, Sunweb initiated a full on lead-out along the final uphill stretch in hopes of keeping their leader Michael Matthews in position.

The descent is where the peloton finally got lined out behind Orica-Scott though, who seemed to be hoping to vault Simon Gerrans to the stage victory and possible race lead.

However, heading into the final sweeping right-hand corner with less than 500 meters to go, De Bie attacked, leaving only Albasini able to follow.

Meanwhile, Matthews looked to be well-positioned in fourth place just behind his former Orica teammate.

However, a few riders came around the Australian rider during the final corner, pushing him to the outside and boxing him out of the sprint.

“It still was surprising,” Albasini said about the tricky run-in to the finish. “I knew five, six hundred meters to go that position wouldn’t change much. When there was an attack, I followed straight away. The last corner was tricky. I was hesitating a little bit, but I’m happy to pull that one off.”