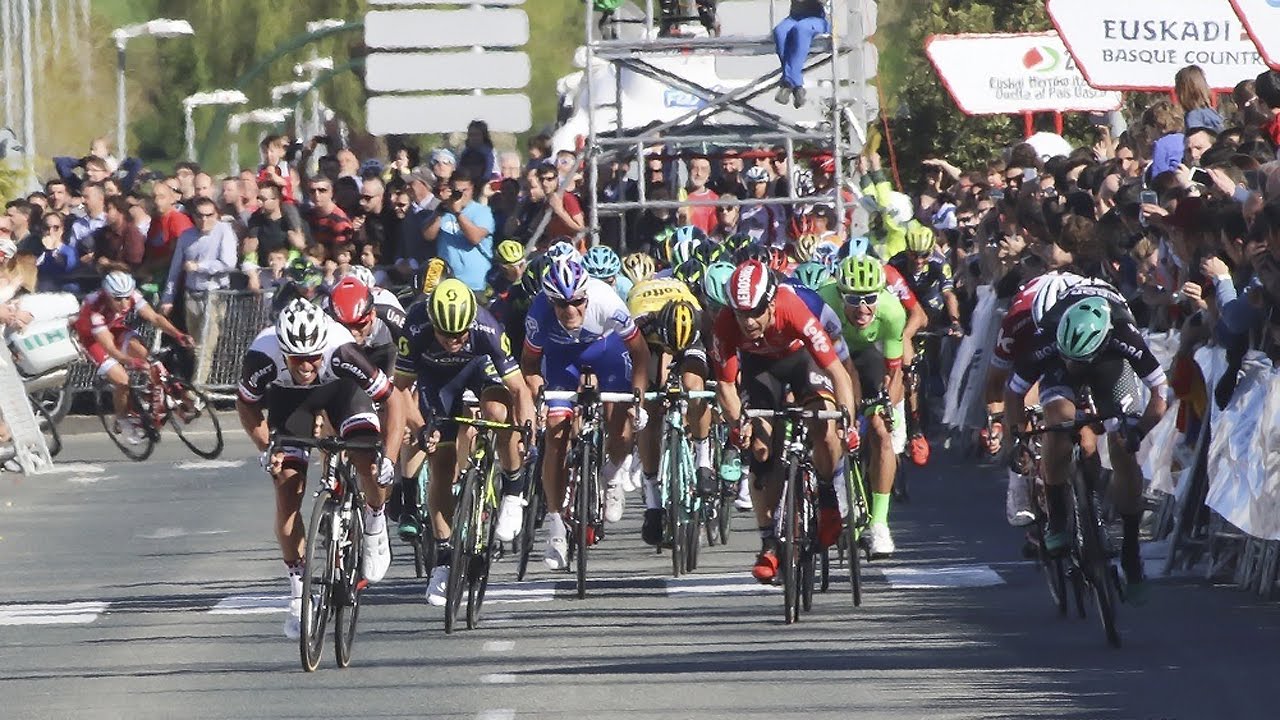 David de la Cruz (Quick-Step) won stage 3 of the Vuelta al Pais Vasco today, after finishing just seconds ahead of the peloton following a late attack along the last climb of the day.

Most of the original nine escapees stayed out front for most of the race, but little-by-little the breakaway group began to disintegrate, eventually leaving only De Marchi and Fuglesang out front, while the rest of their companions were reclaimed by the peloton.

In the meantime, Julian Alaphilippe (Quick-Step) was involved in a crash, causing the French rider to lose a significant amount of time, while both Alejandro Valverde (Movistar) and Simon Yates (ORICA-Scott) suffered mechanical problems during last 20 kilometers.

Valverde eventually found his way back to the peloton, but Yates suffered more difficulty trying to regain contact.

Despite earlier climbs throughout the stage, the real action didn’t take place until the climb of the Puerto de Mendizorrotz.

It was there, that De la Cruz commenced his winning attack with 10 kilometers to go.

The Spanish rider quickly opened up a slight gap, as the peloton began to splinter behind him, which saw race leader Michael Matthews (Sunweb) caught in the rear group and rapidly losing time.

At one point, the chase appeared to be gaining on De la Cruz, but the determined Quick-Step rider continued to maintain his lead following the descent into San Sebastian.

Despite his lead being down to just 3 seconds, De la Cruz managed to hang-on until the finish and seize the victory.

As a result of today’s victory, De la Cruz took over the race lead at the expense of Matthews.