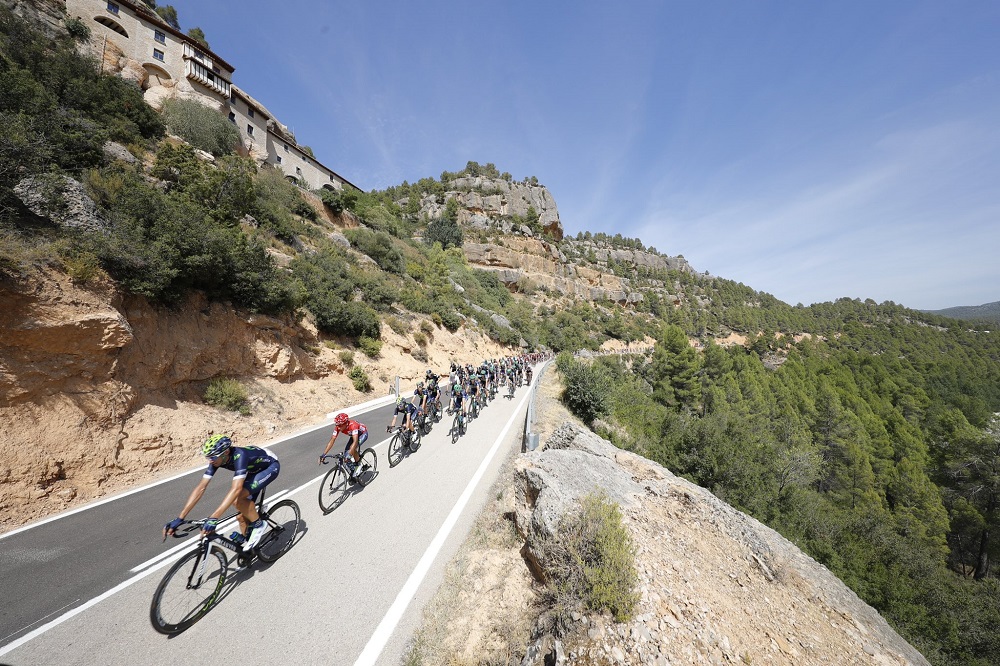 With around 60km of downhill or flat roads running to the finish line, stage 16 was an obvious target for the quick men, which meant that early breakers Davide Villella (Cannondale – Drapac), Mario Costa (Lampre – Merida), Silvan Dillier (BMC Racing), Sven Erik Bystrom (Katusha), Luis Angel Mate (Cofidis), and Julien Morice (Direct Energie) were kept on a tight leash. Their advantage never got much higher than three minutes. A well-marshaled peloton ultimately made the catch with 13km to go.

Tinkoff’s Daniele Bennati tried to catch the sprinters napping with a solo dig off the front in the final few kilometers, but he was reeled in when the sprinters wound up the speed 200 meters from the finish.

Etixx – Quick-Step’s Gianni Meersman, already a winner of two stages in this year’s race, was the first to launch his move, but Drucker overtook him 100 meters from the line and powered on to a convincing victory. Rüdiger Selig (Bora – Argon 18) took second, with Nikias Arndt (Giant – Alpecin) in third.

Meanwhile, Nairo Quintana (Movistar) finished safely in the peloton to maintain his grip on the overall race lead heading into tomorrow’s rest day.

A six-man break group containing Luis Angel Maté (Cofidis) among the number. Prior to the stage, Mate had garnered the opinion of his Twitter followers as to whether or not he should go in the break. On overwhelming number said yes and Maté duly abided. Joining Maté was Silvan Dillier (BMC), Sven Erik Bystrom (Katusha), Julien Morice (Direct Energie), Davide Villella (Cannondale) and Mario Costa (Lampre – Merida), got underway early on in today’s stage.

IAM Cycling and Etixx-QuickStep kept a tight leash on the escapees, giving them no more than 3:30 minutes of an advantage before they started bringing them back. Giant-Alpecin and Dimension Data also lent a hand, giving Movistar a welcome break from the effort on the front of the bunch. As the leaders descended the Alto Castillo de Morella, with 60 kilometers still to go, the escapees had just over two minutes to play with.

The peloton never looked too troubled in the chase and with 20 kilometres remaining they had the six men in their sights. The day would finally be done for the escapees with 12 kilometers to go and the GC teams immediately moved to the front with a technical run to the line a serious danger for their race leaders. The peloton had to negotiate a large number of roundabouts as they twisted and turned towards the finish line.

Tinkoff’s Bennati decided to try and take advantage of the difficult finish, attacking as they approached one of the many roundabouts in the final three kilometres. He had a slim margin going into the final kilometre but was eventually overtaken when Meersman began his sprint, a move that proved too soon.

Meersman slipped back in the final hundred meters, with Drucker overtaking him to seize the stage honors.