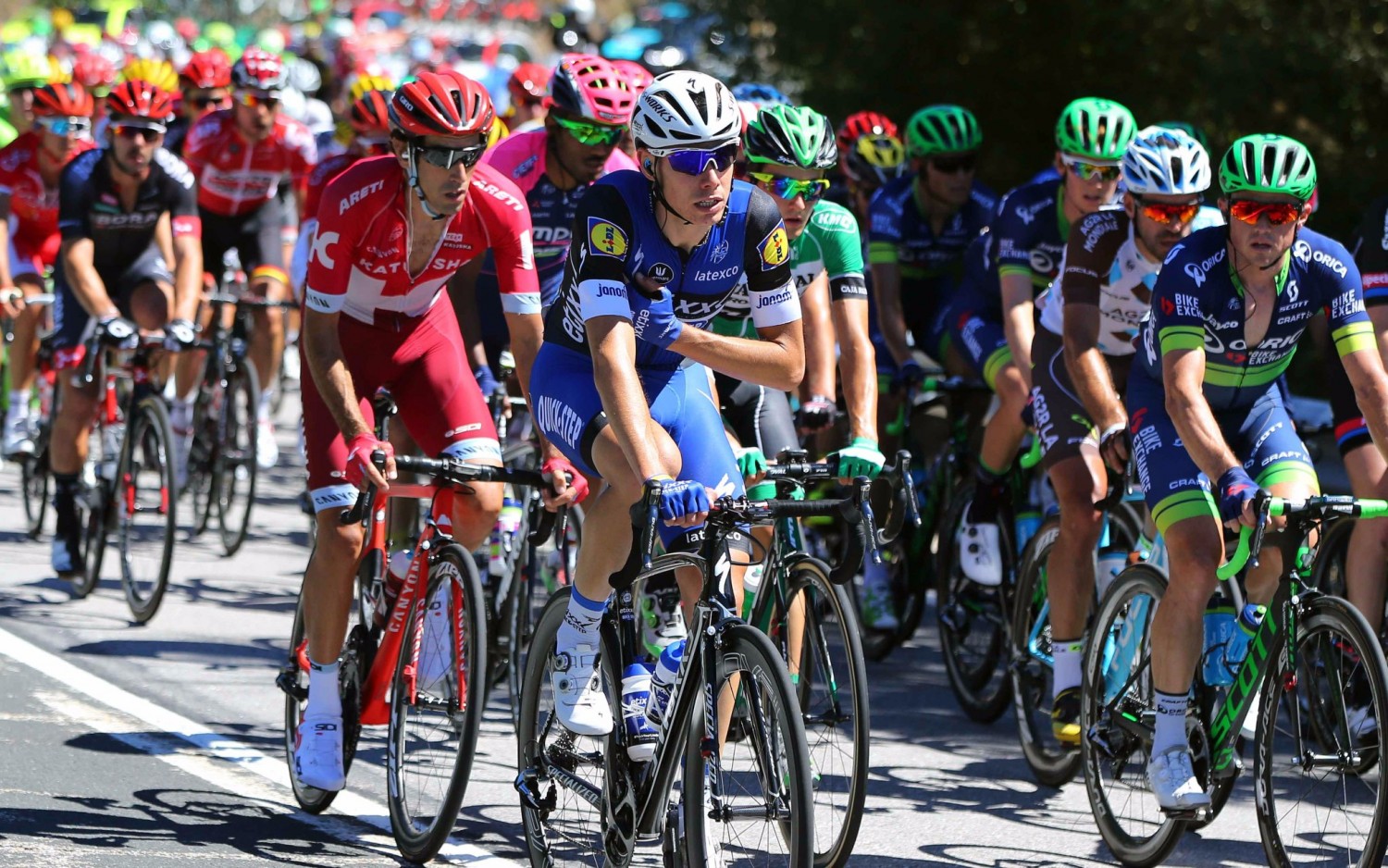 Alexandre Geniez (FDJ) held off an attack from the GC favorites along the final climb of the Mirador de Ezaro, to claim today’s stage 3 of the Vuelta a Espana.

Meanwhile, Movistar’s Ruben Fernandez, who led a late charge which served to shake up the standings of the main contenders, crossed the finish 21 seconds down on Geniez to seize the overall race lead, followed by is teammate, Alejandro Valverde, in third.

Close behind, Chris Froome brought home the rest of the top GC  hopefuls, such as Esteban Chaves and Nairo Quintana, to earn third spot in the overall classification.

In the meantime, three-time Vuelta winner Alberto Contador couldn’t stay with the group on the final ascent, which had a gradient that reached as much as 30 percent, pushing the Spanish rider far  behind in the overall standings.

And that gap sustained until around 60km to go, when Pellaud attacked on the category three Alto de Lastaio to try and reach out by himself for the stage win. The gap quickly began to drop as Pellaud slogged on alone, and eventually he was caught by his former breakaway companions Serry and Geniez shortly before 28km to go.

The three then managed to work together to the foot of the final climb, although it was clear the IAM man was spent and unlikely to win, and held around 1-30 as they hit the climb.

Serry was unable to sustain the pace as they hit the climb, which averaged over 14% and hit up to 30%, with Geniez going solo in search of the stage win.

It was going to be a close call for him however if he was to take his second career win at the Vuelta, with the GC riders beginning to ramp up the pace and the gap steadily came down.

Ruben Fernandez led his Movistar leaders Alejandro Valverde and Nairo Quintana up the climb at a pace that saw the likes of Steve Kruijswijk (LottoNL-Jumbo) and Alberto Contador (Tinkoff) struggle to hold on, while Tour de France winner Chris Froome (Team Sky) also looked in trouble for a brief period.

The Team Sky man was able to move his way up the field however, and was towards the front of the main group as Fernandez launched an attack. That attack was too late to claim the stage win from Geniez, who had held on to celebrate victory clear across the line, but was enough to see him move into the overall lead and take the red jersey after race leader Michal Kwiatkowski had been dropped.

Valverde was next to follow across the line with Froome in tow, with Colombians Esteban Chaves (Orica-BikeExchange) and Quintana just behind. The result, with time bonuses, leaves Froome at 11 seconds to Fernandez with Valverde at seven seconds overall. Quintana and Chaves sit at 17 seconds.

Alberto Contador was the biggest loser of the main favourites, finishing 54 seconds down on the winner and conceding another handful of seconds to his key rivals after losing 52 seconds in the opening team time trial.

Miguel Angel Lopez, who carried Astana’s hopes of another GC victory, also lost significant time after he crashed with 8km to go and had to be paced back as much as possible by his remaining teammates.