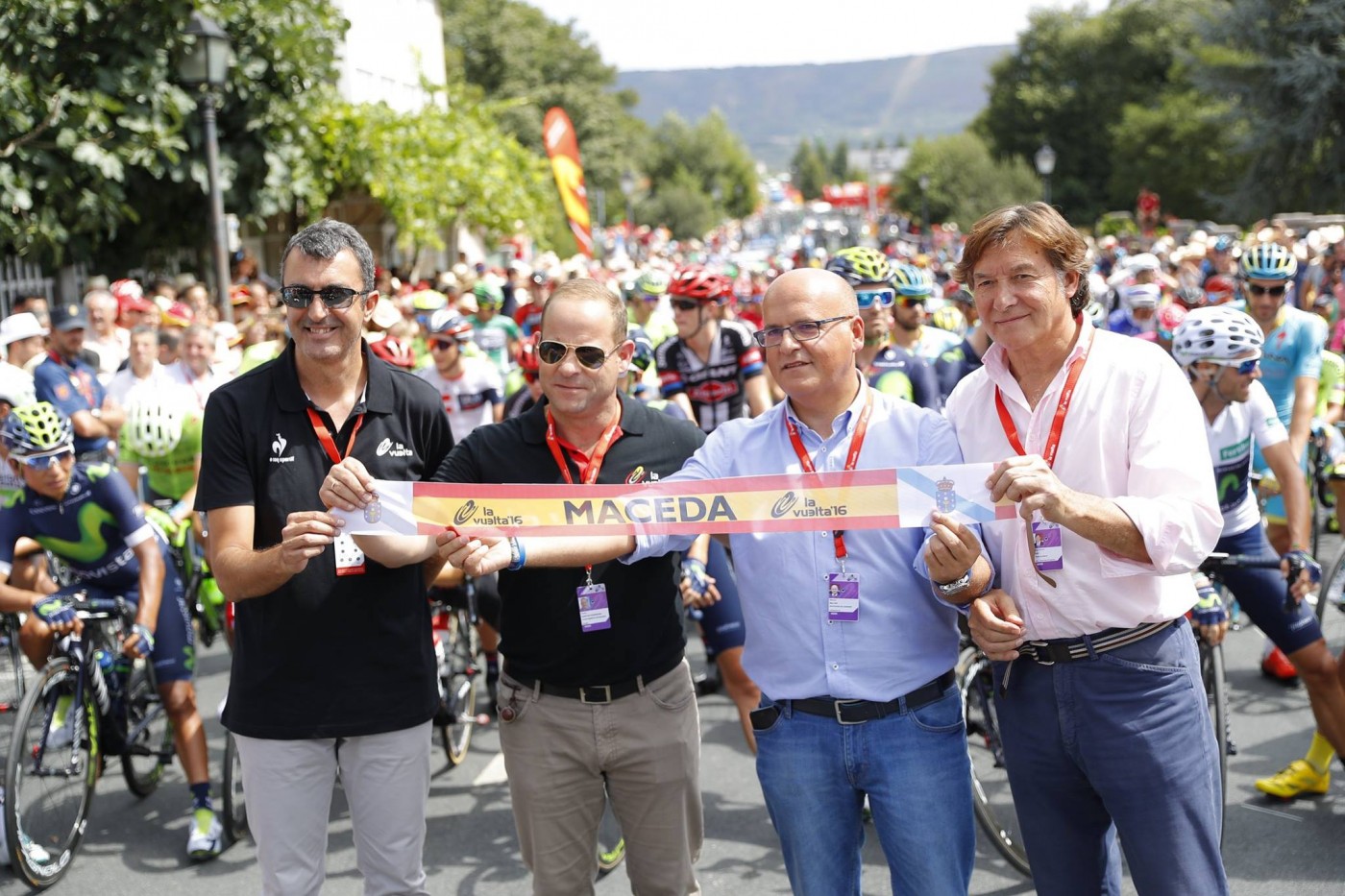 Previously however, a late two-rider attack by Luis Leon Sanchez (Astana) Simon Clarke (Cannondale-Drapac) seemed destine to hold-off the peloton. But, the duo was eventually caught and passed during the closing 100 meters, with Van Genechten emerging victorious.

In the meantime, Darwin Atapuma (BMC) finished safely in the group to retain his grip on the red leader’s jersey, while late crash saw Alberto Contador (Tinkoff) go down after a touch of wheels.

The Spanish rider was awarded the same time as his GC rivals though, because the crash occurred during the final three kilometers.

Jonas Van Genechten rewarded his IAM Cycling team from their efforts in their last Grand Tour when he outpowered a bunch depleted by a crash shortly before the line to win the 7th stage of the Vuelta in Puebla de Sanabria. The peloton had just reeled in escapees Luis Leon Sanchez (Astana) and Simon Clarke (Cannondale-Drapac) when Alberto Contador and several other riders hit the canvas, splitting the pack. Van Genechten did not miss his chance to surge and hand his team, who fold at the end of the season, their third victory in three Grand Tours this season.

189 riders left Maceda in the sun for this 7th stage to Puebla de Sanabria. But by kilometer eight, former world champion Michal Kwiatkowski (Team Sky) had called it quits with lower back pain. In the meantime, several attempts fool place and the break of the day took shape at kilometer 12 with the following six riders — Victor Campenaerts (Lotto NL-Jumbo), Johan Le Bon (FDJ), Sander Armée (Lotto Soudal), Davide Villella (Cannondale-Drapac), Vegard Laengen (IAM Cycling) and Luis Angel Mate (Cofidis). The Spaniard collected the points on offer on the third category Puerto de Allariz (km 25.3) and Alto de Fumaces (km 80) but the lead of the six never exceeded 3:32. A potential bunch sprint lost one its contenders when Italy’s Niccolo Bonifazio (Trek-Segafredo) pulled out of his first Grand Tour. Rein Taaramae (Katusha) who had been sick for a few days, also withdrew while Dimension Data team leader igor Anton was seen struggling with stomach problems.

Astana raised the tempo and the escapees were pulled back with 43.5 km to go as a split took place in the peloton, trapping Samuel Sanchez and Tejay Van Garderen (BMC) at the back. Sanchez returned on his own. The Kazkah team, emulating Orica-BikeExchange the previous day, kept pulling and Dario Cataldo went with 30 km to go. The Italian was quickly joined by his team-mate Luis Leon Sanchez, Italy’s Gianluca Brambilla (Etixx-Quick Step), Simon Clarke (Cannondale-Drapac) and the relentless Mate, who collected the points at the top of Alto de Padornelo. In this climb, attacks took place from all corners of the bunch but to no avail.

With 15 km to go, the five retained a slim 30-second lead but the final descent was too long to hold the chasing pack at bay even if Luis Leon Sanchez and Clarke refused to call it a day and were only caught 300 metres from the line. At the junction, Contador and several others, including Samuel Senchez, missed a corner and the peloton reached the final stretch in disorder, allowing Van Genechten to sprint for the biggest win in his career. Daniele Bennati (Tinkoff) was second and Alejandro Valverde (Movistar) was third.