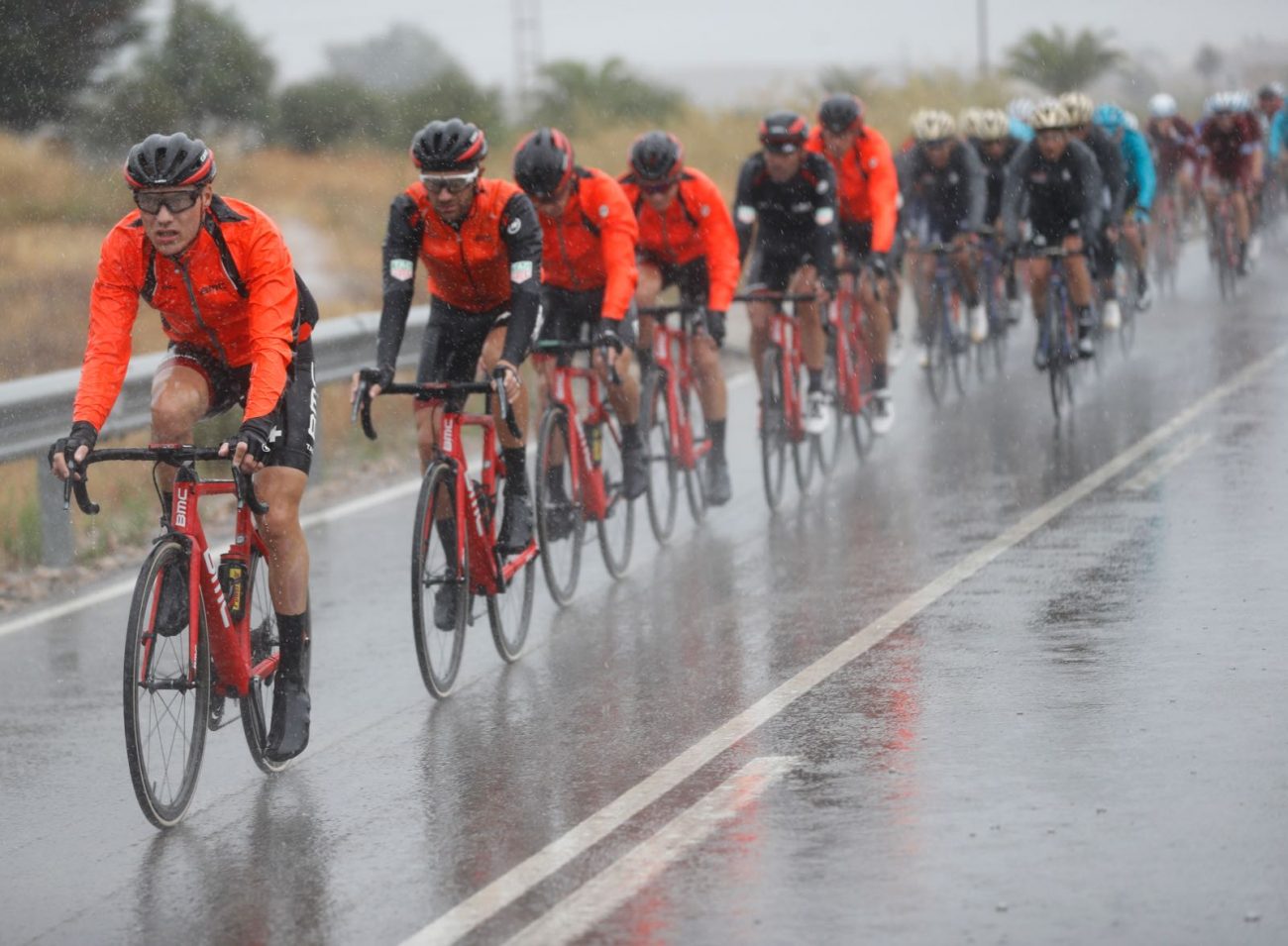 Miguel Angel Lopez (Astana) climbed to victory during today’s rain-soaked stage 11 of the Vuelta a Espana.

Lopez  attacked out of a heavily fractured favorites’ group with less than 2 kilometers to go to the summit finish at the Observatory Astronomic de Calar Alto and pulled away to win by 14 seconds from Chris Froome (Team Sky) and Vincenzo Nibali (Bahrain Merida) in third.

Esteban Chaves (ORICA-SCOTT) started the day second overall but cracked on the final climb and lost 1’57” to Froome, while Nicolas Roche (BMC Racing Team) started the day third but suffered even heavier losses of 4:23 to the red jersey.

It means Froome stretches his lead from 36 seconds to 1:19, with Nibali now second and Chaves dropping to 2:33 down in third. Roche has fallen to 11th, 4:45 down, while Lopez’s victory has lifted him from 15th to 10th.

Froome looked to be suffering at times on the 15.5 kilometer final climb and Nibali tried to capitalize by twice attacking the red jersey.

However, Froome fought his way back to the Italian on both occasions, as did Lopez, who was then allowed to ride clear after launching his stage-winning attack.

Several of the overall contenders appeared to suffer in the cool and wet conditions, with Chaves, Roche and Tejay Van Garderen (BMC Racing Team) being the day’s biggest losers.