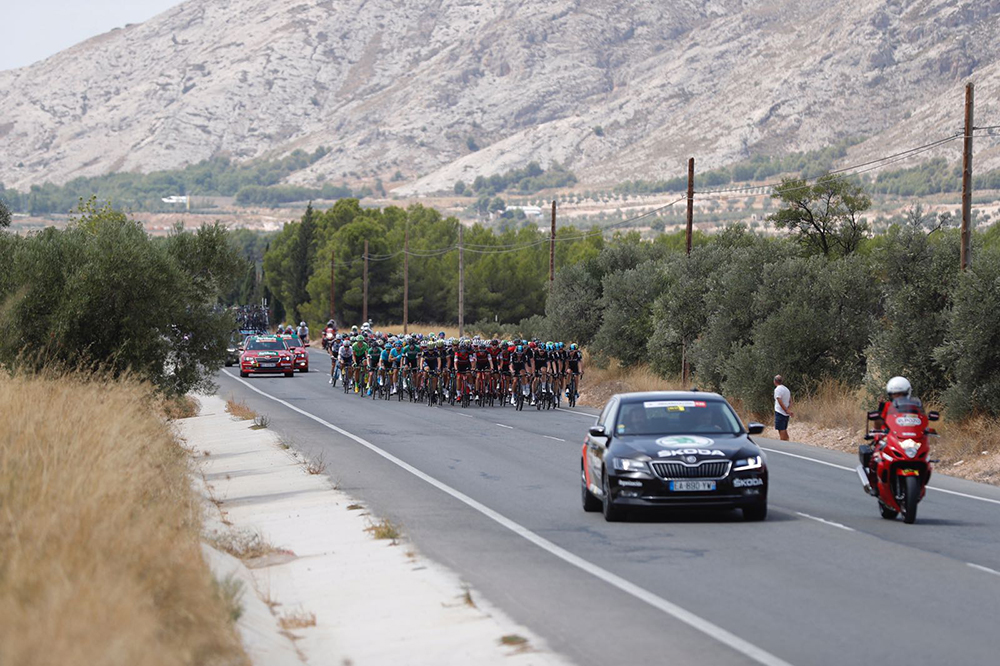 Julian Alaphilippe (Quick-Step Floors) sprinted to victory on Stage 8 of the Vuelta a España as Chris Froome dropped all of his closest rivals to extend his overall lead.

Alaphilippe formed part of the day’s 21-man escape and went on to beat Jan Polanc (UAE Team Emirates) into second place and Rafal Majka (BORA-hansgrohe) into third after the trio had distanced their companions on the day’s steep final climb, the Alto Xorret de Catí.

Froome attacked close to the summit of the 5 kilometer-long ascent, which hit a maximum gradient of 18 per cent, and only Alberto Contador (Trek-Segafredo) could follow.

The duo finished 1:27 down on Alaphillipe but 17 seconds ahead of a group of contenders containing the likes of Esteban Chaves (ORICA-SCOTT), Vincenzo Nibali (Bahrain Merida) and Fabio Aru (Astana Pro Team).

“It’s incredible. I didn’t expect that I would win the stage today,” Alaphilippe said after the stage. “For me, it was a little bit complicated, since two or three stages ago I felt not so good. But I think for everybody it’s the same. We did a good start with the team, from the beginning of the race we were always in the front, and today, I was thinking maybe tomorrow was a good final for me, but today a big group took the lead after 40 kilometers. I decided with Matteo Trentin, he put me in the front.”