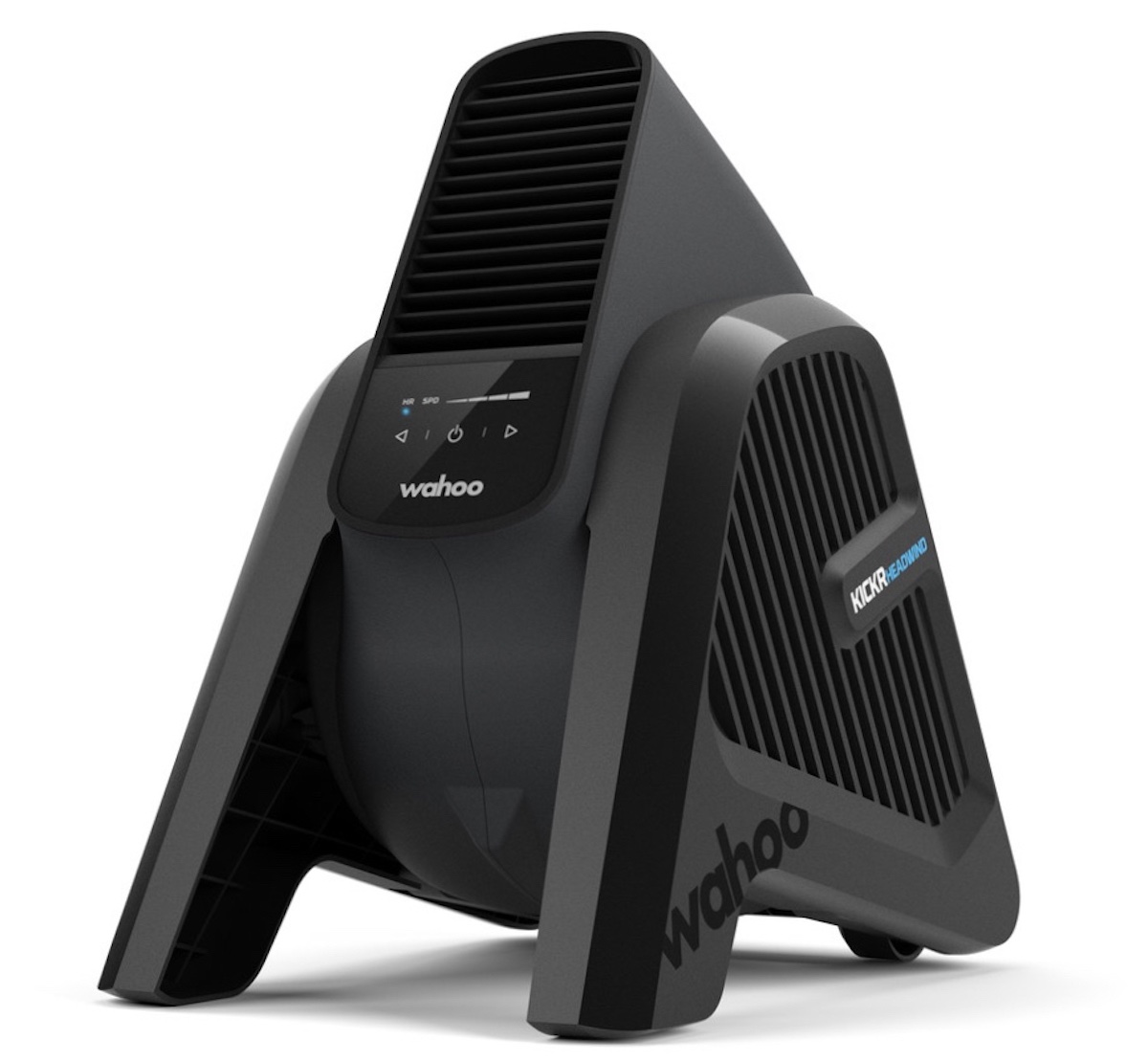 When we think of all the different types of room fans that we’ve used over the years as a means of trying to create a cooling effect, or to simulate a headwind for indoor training, it invariably resulted in some kind of contraption that failed on both accounts.

Oddly, no company, even the ones that specialize in high-end indoor trainers, have thought to develop such a device until Wahoo recently created its long-awaited KICKR Headwind.

Indeed, the KICKR Headwind represents the world’s first dedicated cycling specific fan, which can be controlled either manually or with a special app that can act as either a simple cooling fan, or replicate wind speeds of up to 30 mph. Moreover, winds speeds can be adjusted based on the rider’s power-output and heart rate zones in order to optimize training intervals.

The KICKR Headwind sells £199.00, which isn’t cheap. But, it both looks and plays the part, something that can’t be said for the makeshift contraptions that we’ve pieced together over the years.

Wahoo’s innovative new fan, the KICKR Headwind is designed to keep you at the optimum temperature no matter how hard you’re working on the indoor trainer. Pairing directly with Wahoo trainers, heart rate monitors, speed sensors and compatible training programs, the fan speed will adjust to match your efforts. If you’re using another trainer, you can pair via Bluetooth or ANT+.

Used manually, you can adjust the airspeed across four levels, however, the KICKR Headwind is also designed to be paired, automating the response. When you’re warming up the flow is light so you won’t feel too cold, and when you’re sprinting or climbing the flow of air will increase accordingly, making efforts indoors more comfortable. Wind speeds from this vortex fan are capable of reaching those experienced when riding at high speeds.

No cool air will be lost as the flow is targeted, and tunnelled directly at your body for a true outdoor feel. Designed to work best with the KICKR DESK, you can attach the fan and use its wheels to roll it into the exact spot you want it.