Why Fermented Foods Could be Harmful to Your Health 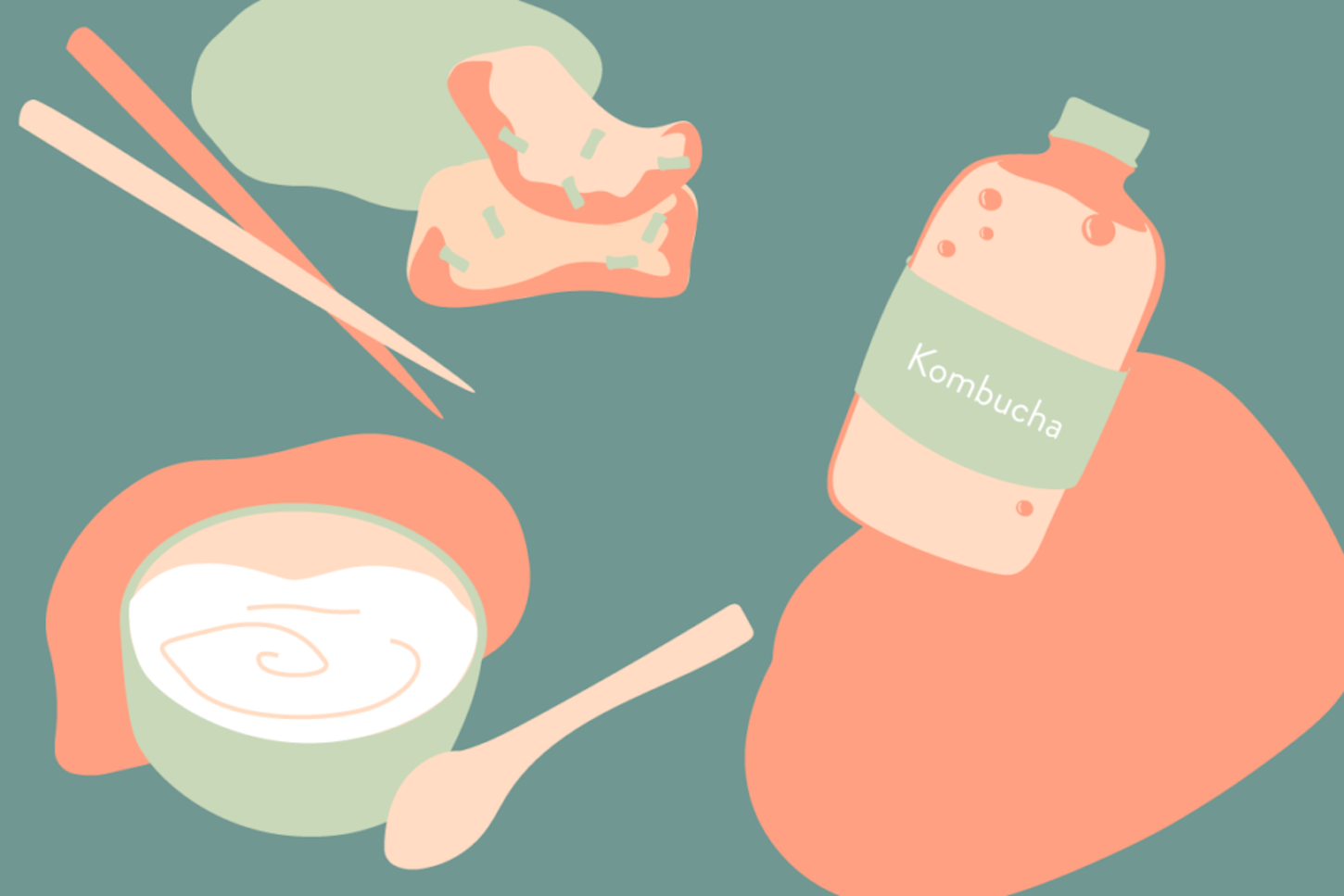 Fermented foods have become very popular, thanks to claims about their nutritional properties and reported health benefits, such as improving digestion, boosting immunity and even helping people lose weight. Some of the most popular fermented foods include kefir, kombucha, sauerkraut, tempeh, natto, miso, kimchi and sourdough bread.

Fermented foods are loaded with microorganisms, such as live bacteria and yeast (known as probiotics). However, not all microorganisms are bad. Many, like probiotics, are harmless and are even beneficial to us.

During the process of fermentation, probiotics convert carbohydrates (starch and sugar) into alcohol and/or acids. These act as a natural preservative and give fermented foods their distinctive zest and flavour. Many factors affect fermentation, including the type of probiotic, the primary metabolites these microbes produce (such as lactic acid, or certain amino acids), and the food undergoing fermentation. For example, probiotic yogurt is produced by fermenting milk, most commonly with lactic acid bacteria that produce lactic acid.

Fermented foods contain high amounts of probiotics, which are generally considered safe for the majority of people. In fact, they’ve been shown to have anti-oxidant, anti-microbial, anti-fungal, anti-inflammatory, anti-diabetic and anti-atherosclerotic activity. However, some people might experience severe side effects after consuming fermented foods.

The most common reaction to fermented foods is a temporary increase in gas and bloating. This is the result of excess gas being produced after probiotics kill harmful gut bacteria and fungi. Probiotics secrete antimicrobial peptides that kill harmful pathogenic organisms like Salmonella and E. Coli.

A recent study showed this antimicrobial effect of probiotic Lactobacilli strainsfound in commercial yogurt. Although bloating after eating probiotics seems to be a good sign that the harmful bacteria are being removed from the gut, some people might experience severe bloating, which can be very painful.

Drinking too much kombucha can also lead to excess sugar and calorie intake, which may also lead to bloating and gas.

Fermented foods rich in probiotics – including yogurt, sauerkraut and kimchi – naturally contain biogenic amines produced [during fermentation]. Amines are created by certain bacteria to break down the amino acids in fermented foods. The most common ones found in probiotic-rich foods include histamine and tyramine.

Some people are sensitive to histamine and other amines, and may experience headaches after eating fermented foods. Because amines stimulate the central nervous system, they can increase or decrease blood flow, which can trigger headaches and migraines. One study found that low-histamine diets reduced headaches in 75% of participants. Taking a probiotic supplement might be therefore preferred.

Histamine is plentiful in fermented foods. For most, our body’s specific enzymes will naturally digest them. However, some people don’t produce enough of these enzymes. This means histamine won’t be digested and will instead be absorbed into the bloodstream.

This can cause a range of histamine intolerance symptoms. The most common are itching, headaches or migraines, runny nose (rhinitis), eye redness, fatigue, hives and digestive symptoms include diarrhoea, nausea and vomiting.

While most fermented foods are safe, it’s still possible for them to get contaminated with bacteria that can cause illness. In 2012, there was an outbreak of 89 cases of Salmonella in the US because of unpasteurised tempeh.

Two large outbreaks of Escherichia coli, were reported in South Korean schools in 2013 and 2014. They were associated with eating contaminated fermented vegetable kimchi.

In most cases, probiotics found in fermented milk products such as cheese, yogurt and buttermilk can effectively prevent the growth of certain bacteria, such as Staphylococcus aureus and Staphylococcal enterotoxins which can cause food poisoning. But in some cases probiotics fail and bacteria can actually secrete toxins, so the product may be hazardous.

Probiotics are generally safe for the vast majority of people. However, in rare cases, they can cause infection – especially in people who have a compromised immune system.

A London study reported the first case of a 65-year-old diabetic patient whose liver abscess had been caused by probiotic consumption. Susceptible patients, such as those with compromised immunity, should be advised against consuming too many probiotics.

Treatment with probiotics can cause serious infections, such as pneumonia in vulnerable people and systemic infections, including sepsis and endocarditis.

And, a recent Malaysian study showed probiotic Lactobacilli bacteria in kefir carry resistance to numerous antibiotics, including ampicillin, penicillin and tetracycline. These are used to treat serious human diseases including bladder infections, pneumonia, gonorrhoea, and meningitis.

Another study also showed lactic acid bacteria found in Turkish dairy products were resistant mainly to vancomycin antibiotic, which is the drug of choice for treatment of MRSA infection.

Dr Manal Mohammed is Lecturer of Medical Microbiology at University of Westminster. Manal’s research and teaching focus on infectious diseases, their diagnosis, prevention and treatment.

Manal is very passionate about science and science communication. She has been interviewed by BBC Radio London, Daily Mail and BBC News podcast ‘Victoria Derbyshire’.