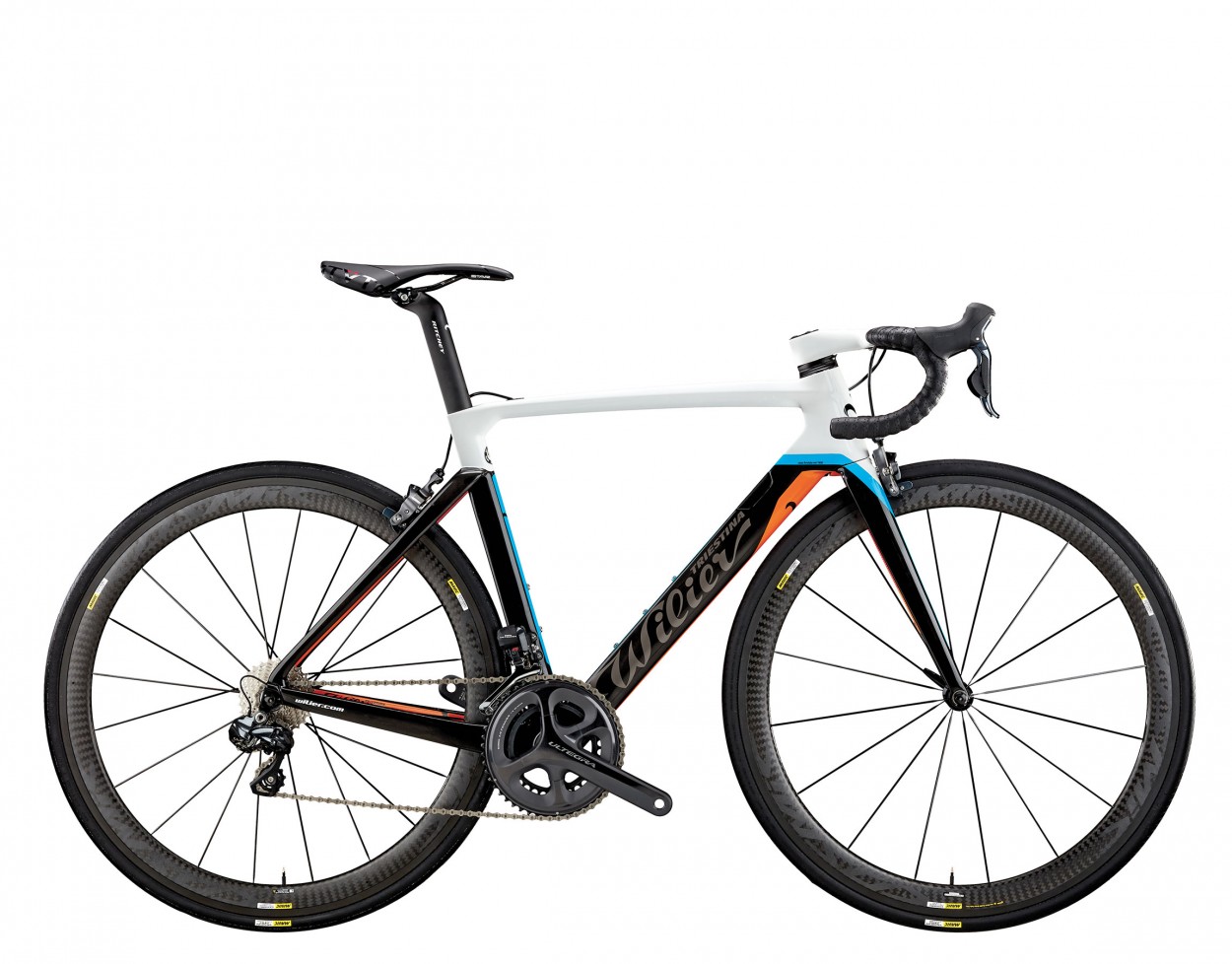 Wilier-Triestina announced the launch of its new Cento10 Air road bike today, marking what the Italian brand is calling its next generation aero design.

Boasting a 3% increase in aerodynamic efficiency over its predecessor, the Cento1, the Cento10 Air is not only more slippery, it features one of the most sophisticated bar and stem integrations to date – called the Alabarda.

With the exception of the brake cables, the Alabarda routes all cabling internally through the bar, stem, headset and frame, wherein two channels on the underside of the bar feeds cables through a hollow cavity underneath the stem where they’re held in place by a carbon fiber sprung plate, before entering the headset cap.

From there, the cables take a bend through an opening in the headset bearing, and then down through the steerer tube to the head tube and onward along the down tube and to their respective derailleur points.

The stem is mounted to the steerer using a wedge rather than bolts, along with series of spacers that can be added to achieve upwards of 3cm of stack height. In addition, there’s small “box” under the stem which neatly tucks way electronic shifting hardware.

Wilier has also designed a screw-on Garmin mount which allows riders to mount their computer out-front, which is also comprised of a series of adaptors that can accommodate a range GoPro computers, as well as other electronic devices.

Direct mount brakes also made their way to the Cento10 Air, which according to Wilier, provided a more minimalist approach as compared to an integrated brake set-up, not to mention their better braking efficiency, modulation and serviceability. Moreover, they also allowed the fork legs to be spaced further apart, which they claim reduces turbulence in relationship to the wheel, while providing better aerodynamics and the ability to increase tire size up to 28mm

As far as the frame itself is concerned, consider the Cento10 Air was designed using all manner of computational fluid dynamics, which yielded some of the most interesting NACA tube profiles yet observed.

Furthermore, Wilier continued along with it’s proven 86.5mm wide pressfit bottom bracket design, which not only provides the utmost in rigidity, but perhaps equally important, accommodates a wide range of cranksets.

Additionally, there’s a custom aerofoil seatpost as well, which uses a single bolt design that provides as much as 22mm of setback, and is held in place by an expander with a concealed bolt.

Wilier claims the weight of the Cento10 Air is around 950g in a size medium, which is pretty respectable for an aero frame.

Pricing and availability for the US market is yet to be announced.