CapoVelo.com
CapoVelo.com - - A Woman in Gaza Defies an Unwritten Rule that Prevents Women from Riding a Bike
38686
post-template-default,single,single-post,postid-38686,single-format-standard,no_animation 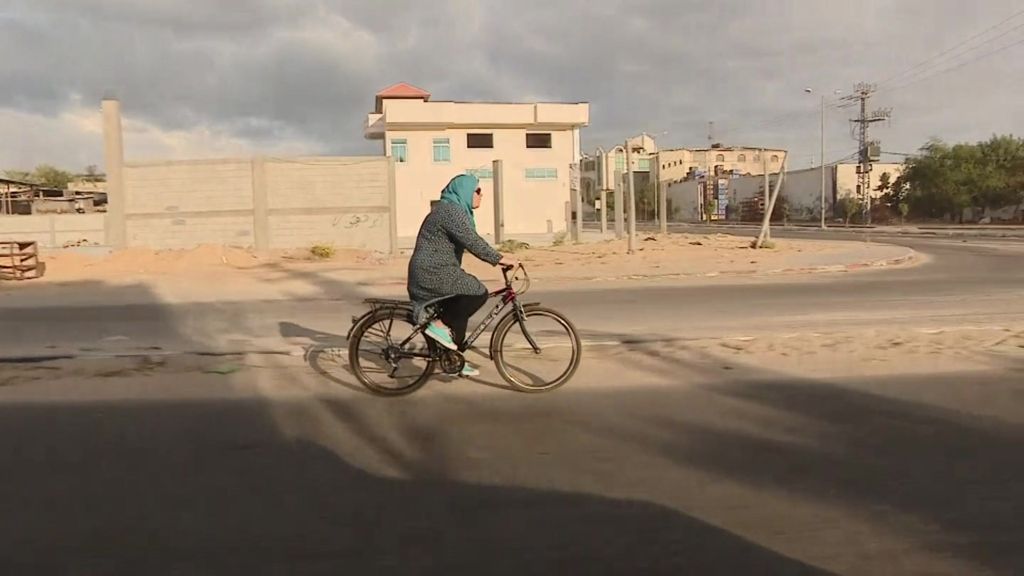 A school teacher in Gaza has chosen to defy an unwritten rule that prevents a woman beyond the age of puberty from riding a bike.

Despite her fear of being ostracized by local authorities for riding her bike, 34-year old, Amna Suleiman has decided to follow her dream of cycling anyway.

In a clip produced by the BBC as part of their 100 Women series, Suleiman explains how the bicycle and music provide freedom of expression and an element of control over her life.

“I’ve always loved bicycles. It was my dream to ride a bike at my age.”

“When I first started cycling I knew people would find it unacceptable. People were staring at me, clearly disapproving.”

Suleiman says she tries to encourage other women to experience the freedom of cycling, but she believes strong deterrents in her culture has prevented them from joining her.

“I posted on social media that I was going on a bike ride with two female friends. I asked if any women wanted to join in,” she says.

She says although many women responded, saying they would love to come, none have yet turned out.

She says Gaza women need to abide by a strict social code, and those who defy cultural restrictions can become outcasts, and two women she rides with are often verbally abused.

While the Islamist movement Hamas has ruled Gaza since 2006, and has granted women full suffrage, they still face a number of restrictions on their lives – with cycling still being one of them.