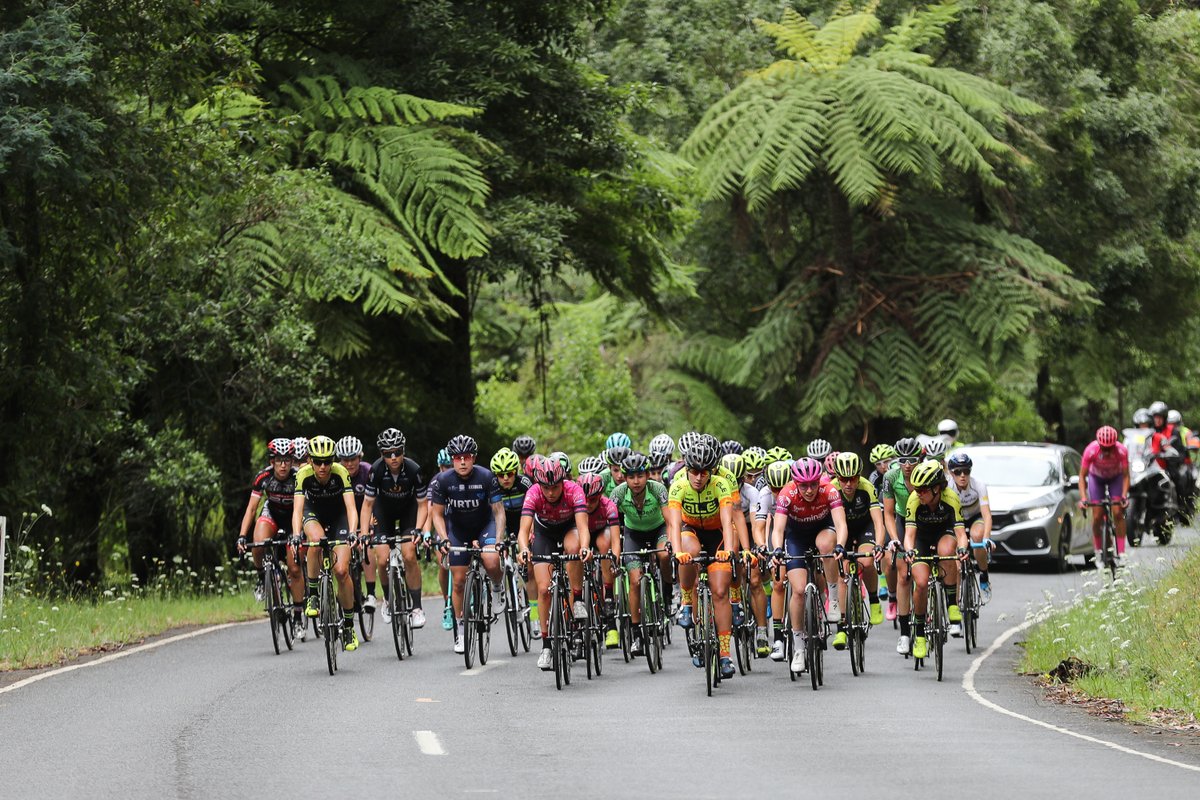 Brodie Chapman stunned a star-studded peloton in Healesville on Tuesday, to claim the Thule Stage 1 of the women’s Herald Sun Tour p/b Lets Go Motorhomes and move into the yellow jersey.

“I was just having such a good time,” Chapman said after crossing the line.”

“I always tell myself when I race that all I want is to be satisfied and that’s the most satisfying race I’ve ever done.”

Her bold solo breakaways on the first (63km in) and second climbs (103km in) of the day made her a more than deserving winner, with the latter acceleration up Myers Creek Road setting up a tense final 20km as Dutch world time trial champion Annemiek van Vleuten (Mitchelton-SCOTT) launched from behind to desperately try to chase her down.

The rapidly-closing van Vleuten had to settle for second, eight seconds back, while Aussie Chloe Hosking (Ale-Cipollini) won the sprint for third from a reduced peloton 1min2secs in arrears.

“I think it was good I didn’t know it was the world time trial champ chasing me. Retrospectively, it makes me nervous,” Chapman said.”

“I had to talk to myself so much throughout that. I was just like ‘you’ve got this, you’re almost there, just keep pedaling’.”

But nothing was going to stop Chapman, who has endured so many setbacks she’s determined to let nothing else get in her way. She was sixth at the national championships and 15th at last weekend’s Cadel Evans Great Ocean Road Race.

A bad fall last year ruptured her ACL and not long after recovering she was hit by a car, breaking her collarbone and separating her AC joint. She has previously admitted to battling some “incredibly dark and destructive times”.

But for the rider who grew up outside Brisbane, everything came up glorious yesterday.

“You just feel so beat down so I was like, ‘I’ve just got to give it everything’,” Chapman said.

“I ride my bike a lot, I check in with myself a lot and I have a lot of good mentors who believe in me. It’s been so valuable.”

Van Vleuten collapsed on the pavement with her arms outstretched 50m past the finish.

“I could see her in some parts and I came really close. I gave it absolutely everything,” van Vleuten said.

“For sure, I was thinking I’d get her because that was my goal. I wanted to win here.”

Asked if she can claw back a 12-second deficit that separates her from Chapman in the short time trial to snatch overall victory, van Vleuten said: “No. But I will give everything so you never know. It’s still a bike race.”