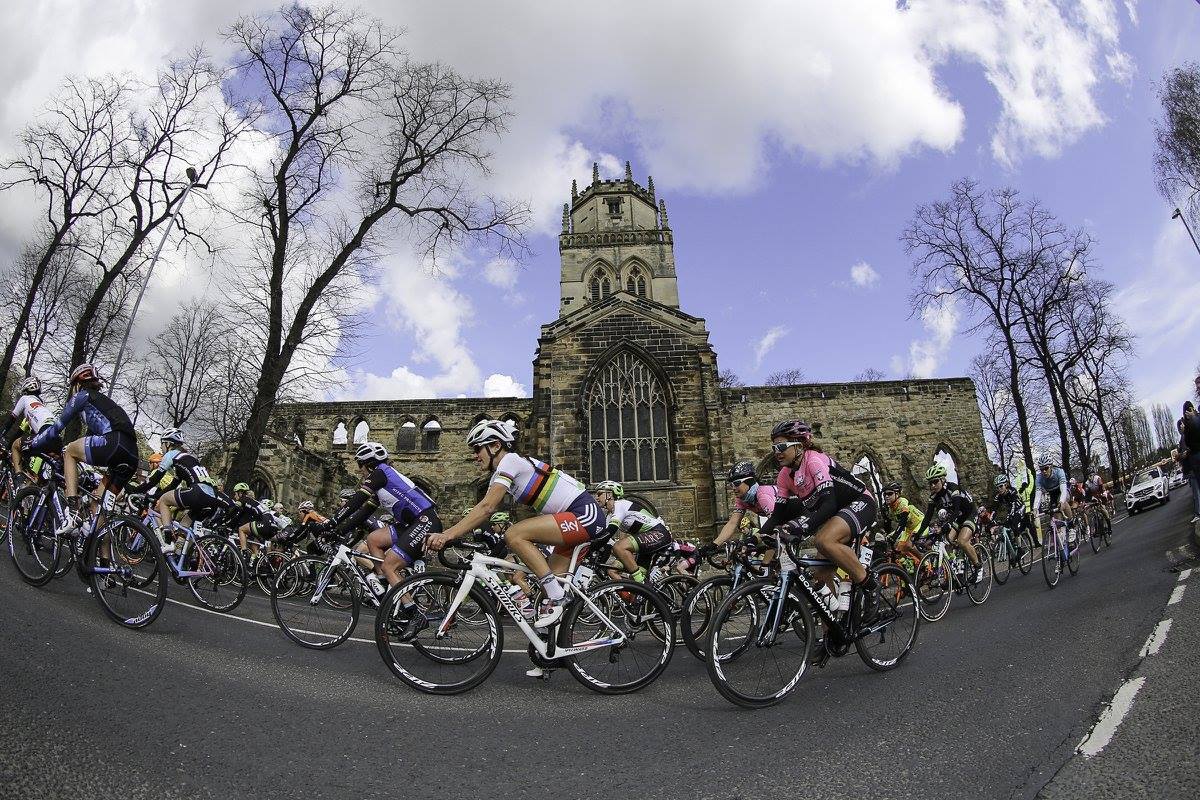 Today’s 135.5 kilometer race from Otley to Doncaster, ended in a bunch finish after a three-rider attack led by world champion Lizzie Armitstead was caught inside the final 3 kilometers.

Armitstead had escaped from the peloton alongside Leah Kirchmann (Liv-Plantur) with about 35 kilometers to go and they subsequently joined up with Doris Schweizer (Cyclance), who had mounted a lone breakaway earlier in the race.

Despite the trio building up a modest advantage, the peloton ultimately chased them down to set up the bunch finish.

Armitstead said: “I kind of got involved in the attack by accident, around Conisbrough Castle. I knew I had to keep it going down the descent, there was a little bit of a kicker. I thought I’ll stick it here and see what happens. Then I looked behind me and there was two of us, so it wasn’t exactly planned.

“It was worth just giving it a go. I wouldn’t have bet on me in the sprint, so I thought at least try to make it an interesting race.

“When I saw the lead go from a minute to 30 seconds quickly, that’s when I knew the race was run. It was windy too, on those open roads we knew they were bearing down on us.”

Wild received £15,000 for her victory, which is more than will be awarded to the winner of the men’s race.

She said: “Thank you to the team for bringing back the break just in time. When it came down to the sprint, it was good for me, and I am happy to have won.

“It was a great opportunity for women’s cycling and it has been really good to race here, in front of enthusiastic crowds.”