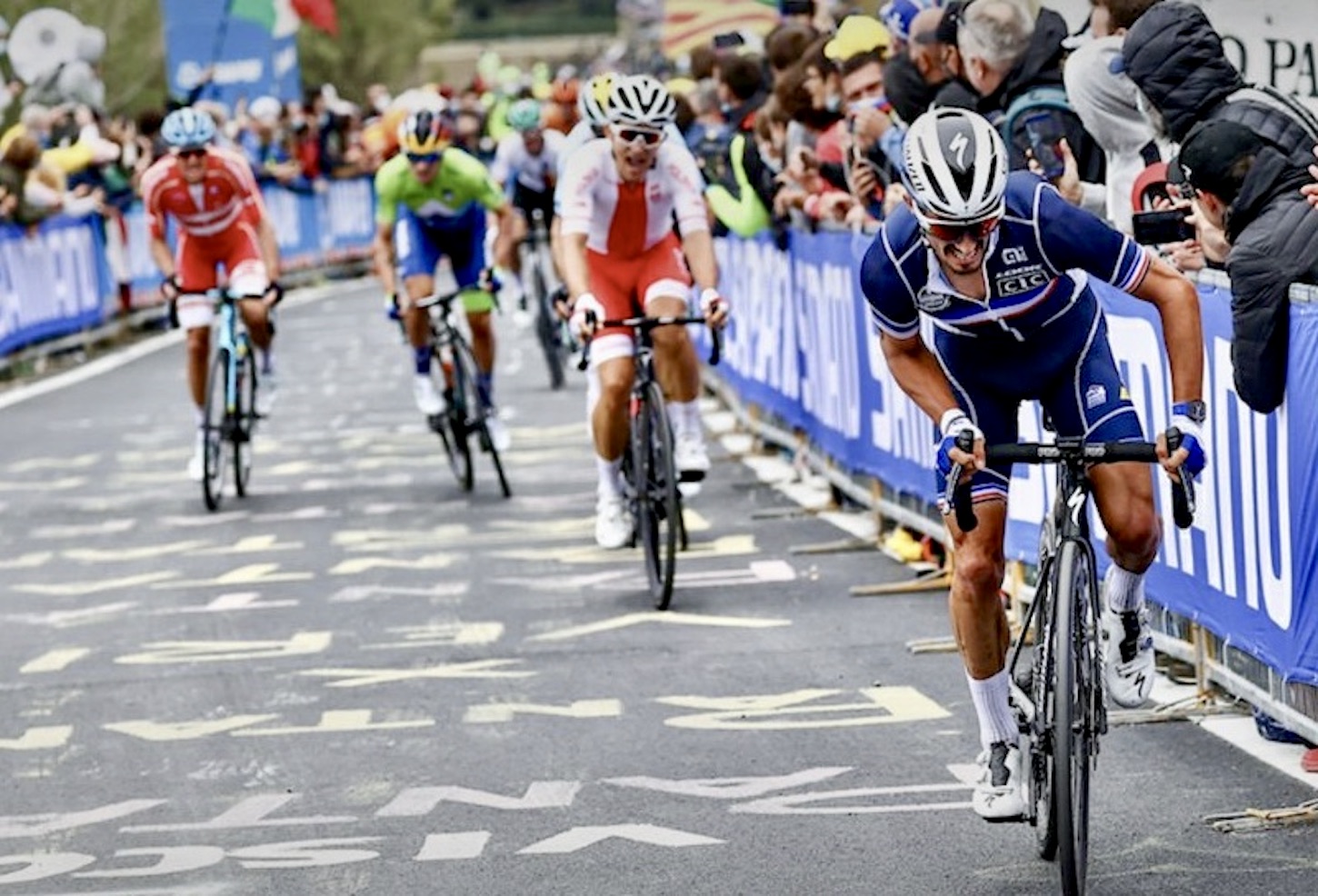 From there, it was the large national teams with their respective hopefuls that took over the pace setting, particularly France, Belgium and Great Britain.

Tour de France champion Tadej Pogacar (Slovenia) later attacked during the penultimate lap, quickly riding clear of the peloton at the foot of the Cima Gallisterna.

However, thanks to the efforts of the Belgian team, Pogacar was eventually reeled back in with 18 kilometers to go.

Attacks from the Italian and French teams further whittled down the peloton, until just six riders formed the final lead group along the upper slopes of the Gallisterna.