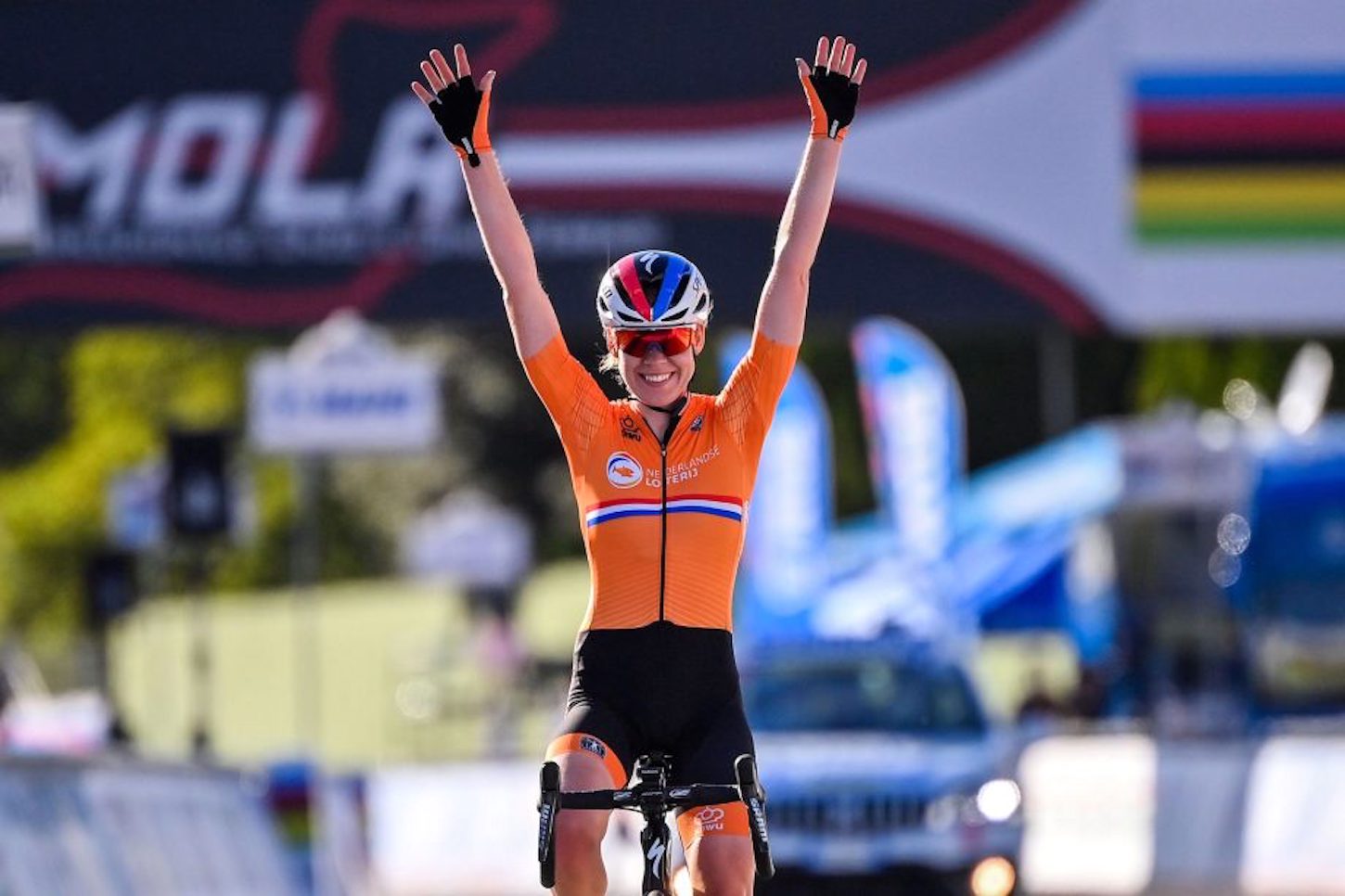 Anna van der Breggen earned the Netherlands its fourth consecutive world title in the Elite Women’s UCI World Championship Road Race in Imola, Italy today, marking her second world title in three days having also won the time trial on Thursday, an accomplishment that has not been done since Frenchwoman Jeannie Longo won both titles in 1995.

“It’s incredible,” she said. “It was a really hard race; the climbs were really tough. We discussed it, we wanted to make the race hard and we did. I went for it and thought that on the final lap everyone would be tired but it was a long way [to the finish].”

Van der Breggen’s triumph was sealed with a 42 kilometer solo break that marked the climax of an astonishing run of world championship success with six gold and silver medals at the time trial and road race in the past three years, including her previous title in the road race in Innsbruck in 2018. On top of that, she is the reigning Olympic road race champion, with her defense of the title postponed by the pandemic.

On a 28 kilometer circuit including two stiff climbs, whipped by crosswinds, the race came to the boil in the final two laps, with first Australia and then the Dutch leading the chase behind a nine-rider escape that included Great Britain’s Hannah Barnes.

An initial effort by the Dutch over the first climb, Mazzolano, whittled the peloton down, and on the second ascent of the lap, Gallisterna, the 2012 Olympic champion, Marianne Vos, softened up the survivors with a searing acceleration.

That was followed by Van der Breggen’s equally electrifying attack, with only Cecilie Uttrup Ludwig of Denmark, Italy’s Elisa Longo Borghini and Deignan remaining in touch as she made her attack, along with Van Vleuten, who looked only slightly off her very best in spite of a broken wrist nine days ago, that had kept her participation in doubt until the last minute.

With the race in tatters behind, Van der Breggen forged clear to a near two-minute lead at the bell, after which the last lap was a formality.

Behind, Deignan and her companions were swept up, with Longo Borghini going ahead again on the final climb with the astonishing Van Vleuten, who took silver to seal a Dutch double. To close a day of orange domination, Vos took the sprint for fourth from a four-rider chasing group with Deignan close behind.