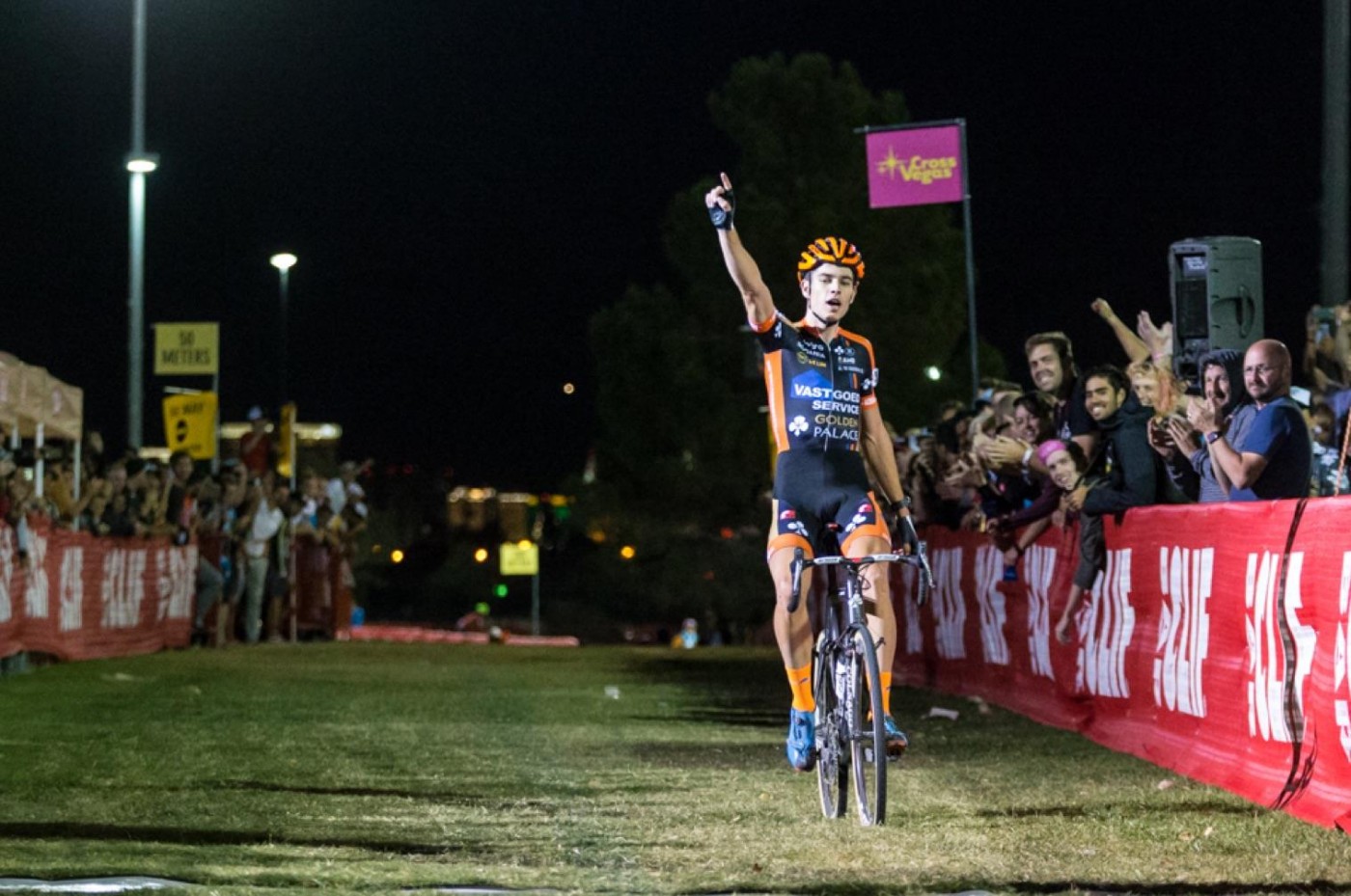 Both the men’s and women’s 2015-2016 Telenet UCI Cyclo-cross World Cup overall series winners will be on the start line at World Cup CrossVegas in Las Vegas on September 21. to defend their titles. Wout Van Aert and Sanne Cant, both of Belgium, took overall honors in last year’s season long competition, in which CrossVegas kicked off the seven events that comprised the UCI Cyclo-cross World Cup 2015-2016 season.

Van Aert, of the Crelan-Vastgoedservice team, started the 2015-2016 season with a victory at CrossVegas last September and continued with a winning streak that included not only the World Cup Series overall title but the title of World Champion as well. He commented about his return to CrossVegas, “It may sound a bit weird to some people, but I always love coming back to CrossVegas. My first CrossVegas was in 2013, when I traveled with Bart Wellens and Quinten Hermans. It was just so much fun! First, there was the race itself. But also, we explored the city and were pretty impressed. I will never forget that trip. Of course last year was different, because it was the first World Cup in the States, so I was more focused. And it turned out very well with the victory. It was the start of a brilliant season, so I only have good memories.”

Cant, of the Enertherm-BeoBank team, finished on the 2015 CrossVegas podium with a third place finish, and then gained momentum through the season to take the overall title. She commented, “It was a very nice experience last year. The course was spectacular, as was the crowd atmosphere. It was a hard but fun race. If we need to go to the US for racing, it’s good that CrossVegas is again one of the main races for us.”

Again leading off the upcoming 2016-2017 season, CrossVegas is one of nine Telenet UCI Cyclo-cross World Cup races. Van Aert and Cant, along with competitors from 20+ other nations, will face a significantly redesigned course which is intended, in the words of CrossVegas director Brook Watts, “to make a bigger show for the spectators and a tougher course for the racers.” The new course makes use of virtually every square inch of the difficult terrain at the Desert Breeze Soccer Complex located a few miles west of the famous Las Vegas Strip. As in years’ past, the gala race atmosphere will offer spectator experiences that rival its European counterparts, with 2016 bringing enhanced VIP areas and expanded food and beverage options.

Addressing season long goals, Cant stated, “I will be trying to do better or the same as last year. But I know that every year is different. It will not be easy to win the same as last year, but the only thing I can do is try. I’ve trained very hard this summer, so I think I’m ready. And the World Championship title remains on important challenge because it’s the only jersey I’ve never won.”

Van Aert shared his goals for the season, “I have two big goals: first I want to let shine my rainbow jersey as much as possible, perhaps with some nice victories in some great races. Another goal is even more important: I want to spoil the fans with nice duels between Mathieu van der Poel and myself. Now that Sven Nys quit racing, I am convinced that Mathieu and I have a big role in keeping our sport attractive.”