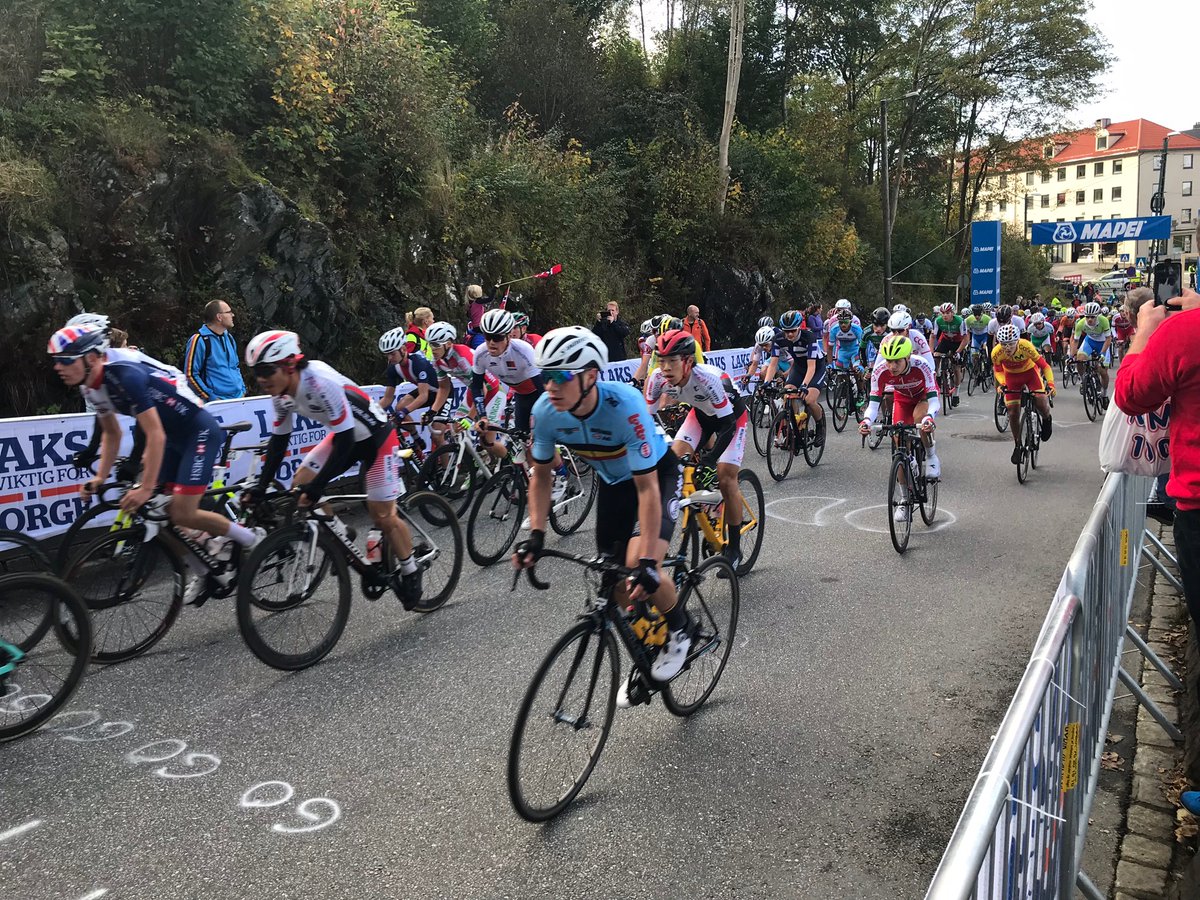 The young Danish rider crossed the finish almost a minute ahead of his closest rivals, Italians Luca Rastelli and Michele Gazzoli.

“I know I have very good shape before (the World Championships) and I could show you guys I also had it today, and yeah it’s just amazing”, Johansen said at the press conference.

Regarding his tactic coming into the race, “I always go too early on the breakaways, and so the tactic today was to wait and wait and wait and hope all the first attacks come back to the peloton, and yeah they did, and I could go on the last lap and that was just amazing, that was the plan and it worked out fantastic”, he said.

“It was very very important to me, I go out and should ride a contract next year, on the danish team. I have a world title now, that’s the best that could happen to me”, he added.

The junior men’s road race comprised 40 kilometers before engaging in five laps of a circuit around Bergen, with each loop including an ascent and descent of the 1.5 kilometer long Salmon Hill.

Just as it did in the previous road race categories, Salmon Hill proved to be the launchpad for the decisive move of the race.

Johansen attacked from the lead group just before the final ascent of the climb with 12 kilometers to go, and quickly opened out a gap over the chasing group.

As he crested the hill with 10.5 kilometers to go, Johansen had opened up a gap of over 30 seconds over the chasers.

Despite a concerted effort, the chasers – which included Mark Donovan (Great Britain) and Rastelli – could not regain contact with the Dane.

With 5 kilometers to go, Johansen had managed to stretch out his advantage to 36 seconds.

Back in the peloton, time trial world champion Tom Pidcock (Great Britain) attempted a move to bridge up to the leaders but was caught.

The chasing group couldn’t make up for the lost time and the Danish rider ultimately extended his lead, finishing 51 seconds ahead of Rastelli and his fellow teammate Gazzoli, who snatched the silver and bronze medals respectively.