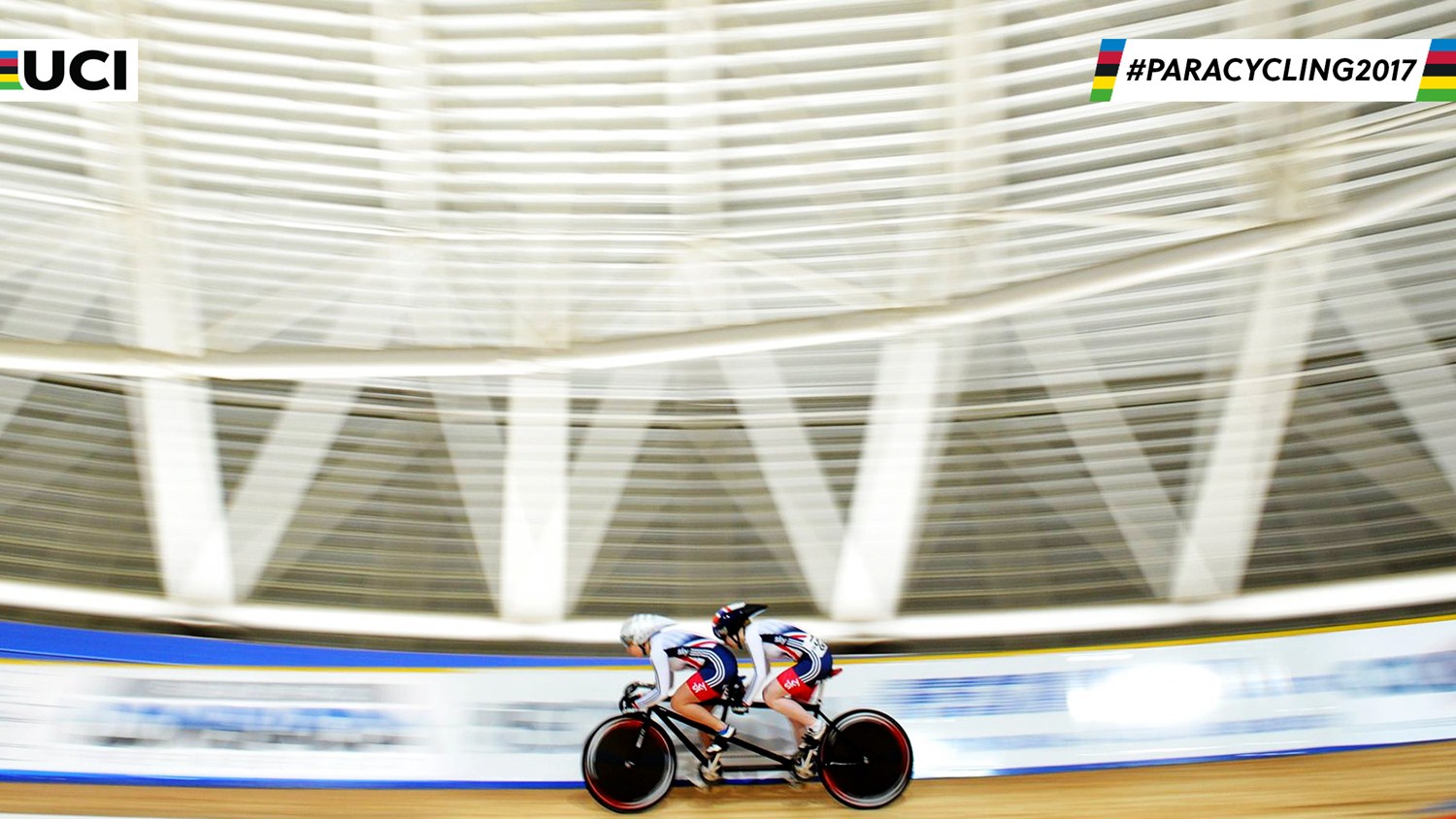 Six months after leaving behind the Rio velodrome, the world’s best para-cyclists have a rendez-vous in Los Angeles from March 2 to 5, for the UCI Para-cycling Track World Championships.

The California coast will see the crowning of the first UCI World Champions of this new Paralympic cycle, with close to 80 riders from 20 countries battling it out for the 28 gold medals at stake.

At the last Paralympic Games, Team Great Britain took home 12 medals from the track – 8 gold, 2 silver, and 2 bronze. Even if their ‘heavy hitters’ won’t be present in L.A., Great Britain can still count on 14 riders to defend its honor, including 5 medallists from the Rio velodrome last September.

The team will be lead by Jody Cundy, two-time gold medallist in the kilo and mixed team sprint. Teammate Neil Fachie – who holds 11 world titles – will attempt to continue his winning ways, while also avenging his second-place finish in the kilo in Rio.

In women’s racing, Team GB coaches decided to shuffle the deck for their tandem duos. Sophie Thornhill was paired with Helen Scott in Rio, where she won gold in the kilo and bronze in the individual pursuit. Thornhill returns to the UCI World Championships, this time paired with Corrine Hall. Hall was present in Brazil last September as Lora Thurnham’s pilot, and that duo earned gold (individual pursuit) and bronze (road time trial).

As for Helen Scott, she will pilot Alison Patrick, a newcomer to the track who already has an impressive record, having earned the silver in the visually-impaired triathlon at the Rio Games.

Riders to Keep Tabs On

Other UCI World Champions will see their titles at stake this week.

Two-time gold medallist at the last World Championships in Montichiari (Italy), Canada’s Tristen Chernove (C2) will attempt to pick up where he left off in the kilo and individual pursuit.

Russia’s Alexsey Obydennov and Australia’s Kyle Bridgwood are also after podium spots, and are the men to beat in the Scratch race in the C3 and C4 categories, respectively.

Paralympic Champion and UCI World Champion in the C4 individual pursuit, Jozef Metelka doubtless hopes for a repeat performance. It is more than worthy of note that last autumn, he became the first para-cyclist to compete in the Tissot UCI Track Cycling World Cup. Among able-bodied athletes competing in Glasgow, the native of the Slovak Republic finished 14th of 22 competitors in the pursuit.

The VELO Sports Center in Los Angeles is one of the US Olympic Team’s official training venues. It is also the home of the US National Track Cycling Team. Built in 2004, it was the first covered velodrome in North America to meet international standards.