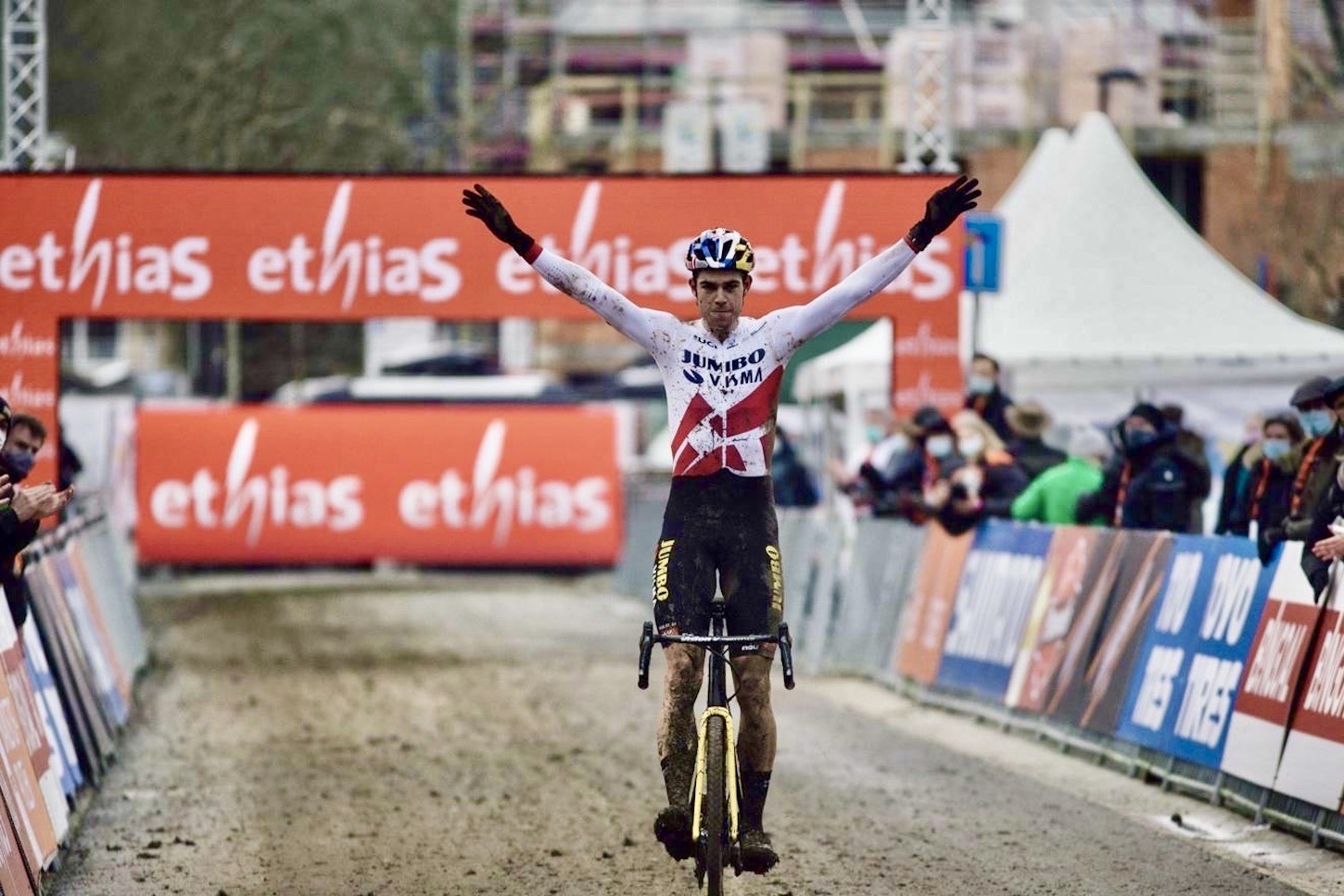 “It was a very close race today,” said Lucinda Brand after her second place in the final round in Overijse (Belgium) behind fellow Dutchwoman Ceylin del Carmen Alvarado. “It was a bit about how much you lose in the parts that didn’t suit you. I think Alvarado finished very well and I can be happy with this second place.

“It was a very close race today,” said Lucinda Brand after her second place in the final round in Overijse (Belgium) behind fellow Dutchwoman Ceylin del Carmen Alvarado. “It was a bit about how much you lose in the parts that didn’t suit you. I think Alvarado finished very well and I can be happy with this second place.”

“It was an opportunity that came up because of the COVID-19 crisis we are all going through and I took it, so I’m very pleased with my overall victory,” said Van Aert, first in Overijse. “It’s also great to go with this mental victory into the World Championships, but it’s a completely different course at Oostende next weekend, so this wasn’t a true test. Mathieu Van der Poel has shown in previous weeks he’s the favourite.”

Due to the COVID-19 pandemic, the 2020-2021 UCI Cyclocross World Cup rescheduled its five events into an exciting two-month period, from November 29 in Tábor, Czech Republic to January 24 in Overijse, Belgium.

Brand and Vanthourenhout shine in Tábor

A thrilling duel between teammates and compatriots decided the men’s race, when only on the final lap, Belgian Michael Vanthourenhout (Pauwels Sauzen-Bingoal) gained a small gap on fellow Belgian Eli Iserbyt; with the third place going to their compatriot, Wout van Aert. Britons Thomas Mein and Zoe Backstedt won the Men U23 and the Women Junior races, respectively, while the Czech Republic’s Matěj Stránský was the fastest Junior Man.

It was another solid performance and another solo victory for Lucinda Brand in Namur, Belgium, increasing her lead in the UCI Cyclo-cross World Cup ahead of the American champion Clara Honsinger (Cannondale Cyclocrossworld) and Betsema, third again after a day of attacks and bad luck.

The fight between Mathieu Van der Poel and Wout van Aert was widely anticipated in the men’s race but the Briton Tom Pidcock (Trinity Racing) was the first protagonist of the day with a fast start and then a solo attack on lap two and again on lap four. Van der Poel and Van Aert closed the gap on the penultimate sprint, then the Dutchman drew out a few precious seconds to cross the line ahead of his historical rival and 11 seconds from the 2020 Giro d’Italia Under-23 winner. Vanthourenhout finished fourth, retaining his series leadership.

Brand’s dominance continued in the third round, in the sloppy ankle-deep mud of Dendermonde, Belgium. The Dutch rider went clear on the penultimate lap, managing the gap and crossing the finish line 15 seconds ahead of Honsinger and 24 from Alvarado.

The dikes, wind and cold of the Netherlands’ Hulst round smiled on Denise Betsema, who dominated the women’s race after attacking on the second of seven laps. Brand had a slow start, but managed to finish in second place, sealing the UCI World Cup final classification, while Alvarado claimed third.

For the men it was the same riders as in Namur on the podium, but with a different order since Van der Poel’s attack as early as lap two succeeded, as he took advantage of one of the few home races of the season. In the battle for second place, the UCI World Cup leader Van Aert beat Pidcock, crossing the line 1:31 later, 18 seconds ahead of the Briton.

Thanks to her ability in the technical downhills, UCI World Champion Ceylin Del Carmen Alvarado claimed the victory in the final round of the UCI World Cup in Overijse ahead of her compatriots Lucinda Brand and the Under-23 rider Manon Bakker (Credishop Fristads).

Among the men, Van Aert secured the overall victory of the UCI World Cup with a solid performance, soloing to the victory. Van der Poel finished second after suffering a puncture early in the race and a double crash shortly afterwards. It was third place, again, for Pidcock.