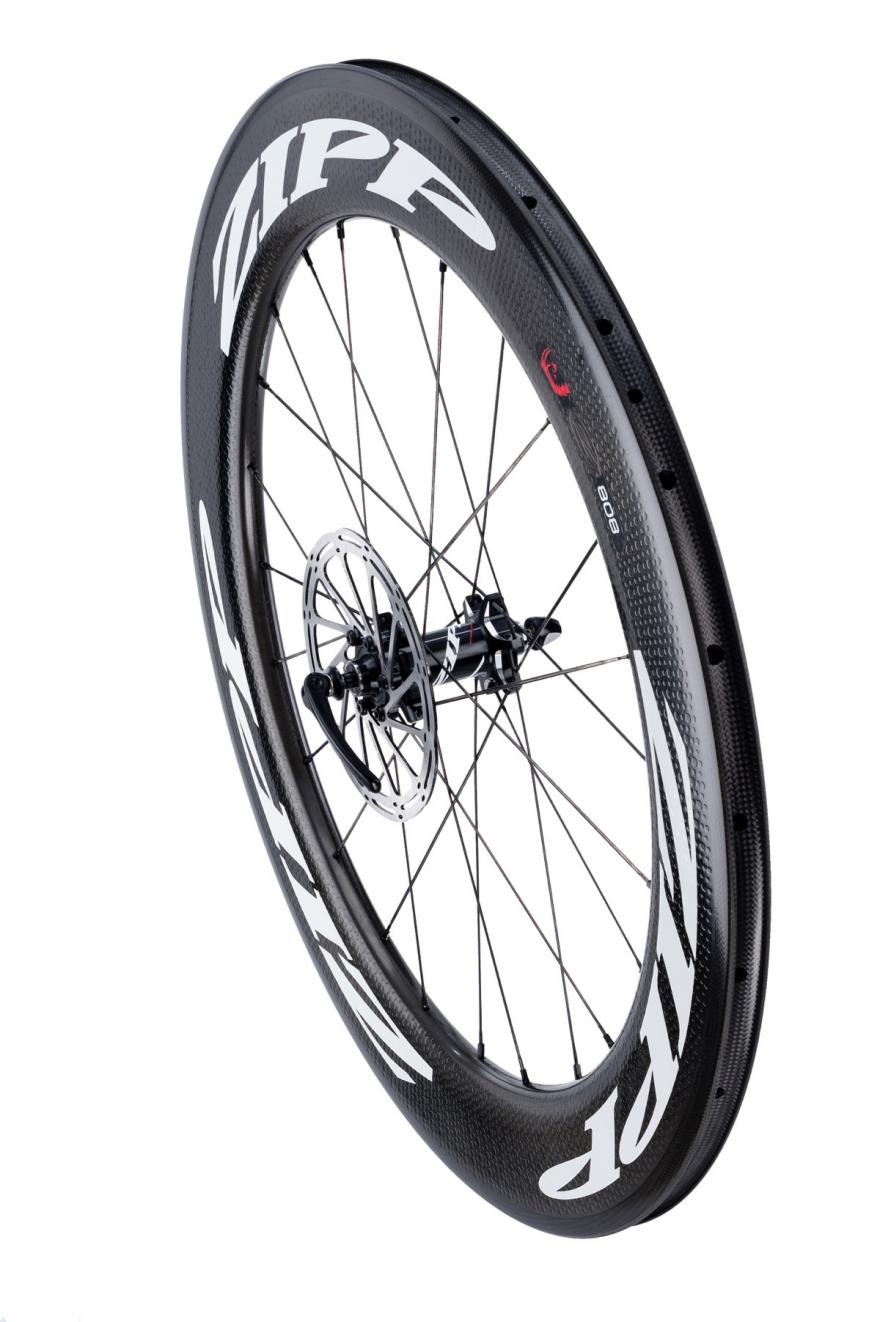 04 Apr 2016
By Campionissimo - In LATEST ARTICLES, THE DOUBLE DIAMOND

It’s been a rapid fire start to the week for Zipp, with regard to new product launches.

First, Zipp announced the expansion of its SL range of components, to include their new SL Speed stem and seatpost, followed by the unveiling of new disc brake versions of their popular 404 and 808 Firecrest wheelsets, as well as its new 303 NSW carbon clincher.

The remaining features of the new disc brake wheelsets, fall in line with Zipp’s current Firecrest wheel technology as found on their rim-brake counterparts.

As far as the 303 NSW carbon clinchers are concerned, they represent a whole new wheelset for Zipp, incorporating all of the brand’s existing Showstopper brake track technology and ABLC Sawtooth dimple profiling for improved aerodynamic efficiency, in a versatile 46mm rim depth.

“Our top engineers… incorporated improved aerodynamics, industry leading braking performance, and reduced rolling friction to produce the lightest, highest performance 303 wheelset Zipp has ever made,” according to Zipp.

“It’s built to take the abuse of everyday training rides. Zipp has achieved this reliability at a lighter weight with a revised carbon fiber layup developed through testing on the famed cobbles of the Arenberg Forest with the world’s fastest riders.”

According to Zipp, the 303’s weigh in at a respectable 640g (front) and 785g (rear), and are complimented by their low friction Cognition hubset and Axial Clutch technology free hub, which disengages while coasting and relies upon magnets to re-engage under power, along with Swiss stainless steel bearing.

Zipp says, all three wheelsets will be available in May, with msrp’s set at the following: