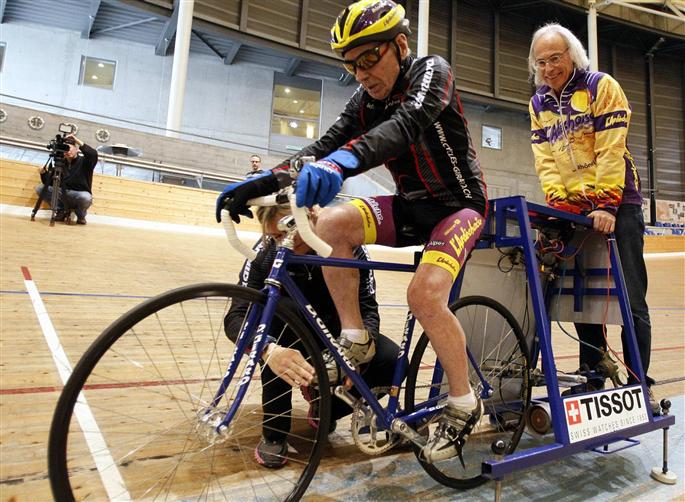 The 102 year-old cycling phenomenon, Robert Marchand, announced yesterday that he will attempt to break his own hour record at the new national velodrome in France on January 31,  2014.

Marchand set a previous record back in February 2012 in Aigle, Switzerland, by covering 24.25 kilometers in an  hour. He also holds the centurion’s record for the 100 kilometers – set in Lyon back in  September 28, 2012 – at 4hr 17min 27sec, which correlates into 23 kilometers per hour.

His attempt will take place just outside of Paris at the new velodrome in Saint-Quentin-en-Yvelines –  the day after it’s official inauguration.