106-Year-Old Robert Marchand Takes to the Velodrome Once More 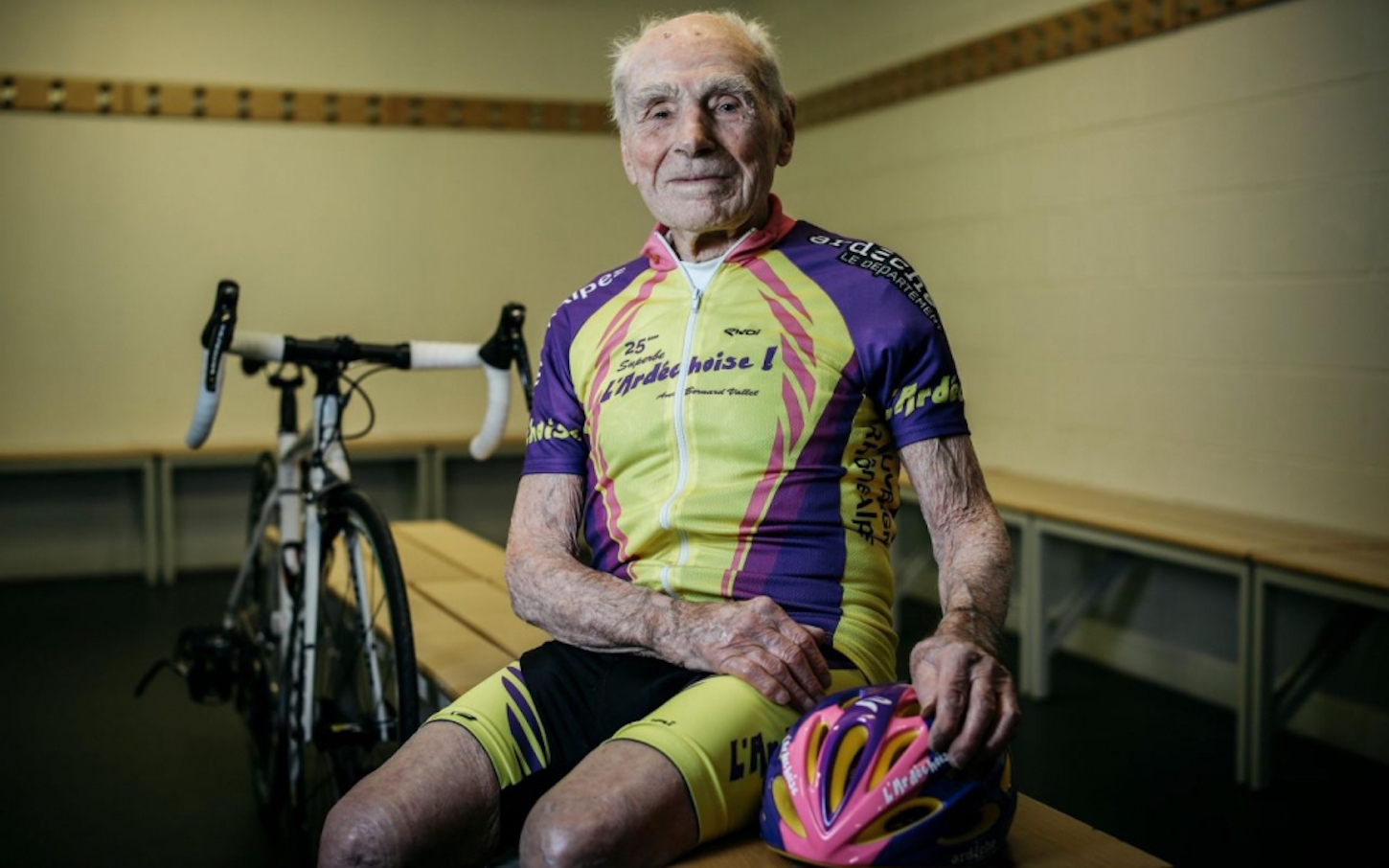 After being in the saddle for more than 90 years, the 106-year-old cyclist Robert Marchand has decided to come out of retirement and take to the boards once more.

Marchand, who retired after setting a new world record of 22.547 kilometers in the 105+ age group (a category specially created for him by cycling’s governing body, the UCI) back in January, was back on his bike last Friday for an unofficial ride around the Saint-Quentin-en-Yvelines velodrome.

According to reports, the centenarian+6 needed a little help getting on his bike, but once underway, he pedaled around the track with amazing aplomb.

Afterwards, Marchand was presented with a gold medal and a commemorative jersey, saying “even at this age, you can do something.”

“I try to do a little bit of exercise every day, even if it’s just 20 minutes.

“One mustn’t let oneself go soft. The day you just sit in your armchair and stop moving, you’re screwed.”

Speaking to the issue of longevity, he added, “use everything and abuse nothing.

Marchand became famous back in 2012, when he set his first World Hour Record at 100-years old, after covering 24 kilometers.