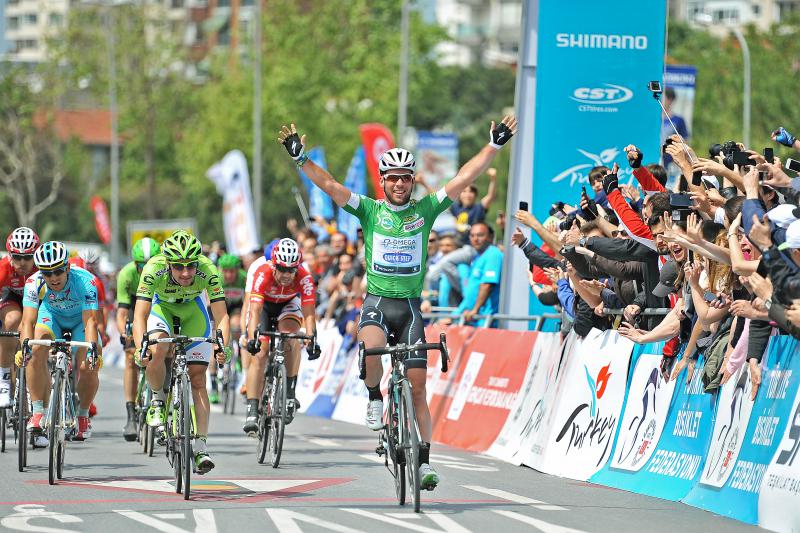 Mark Cavendish won the 8th and final stage in this year’s Tour of Turkey, after beating Elia Viviani and Andrea Guardini in another high-speed sprint finish in Istanbul today.

Meanwhile, Adam Yates secured the overall title, after finishing safely in the peloton at the end of today’s 121 kilometer stage.

Yates succeeded in holding off his closest rival, Rein Taaramae, by five seconds, after the Estonian rider found himself in the wrong group when the peloton split toward the end of today’s race  – finishing five seconds behind in the final results. Prior to today’s stage, the two riders were separated by a mere second.

In the meantime, Romain Hardy rounded out the podium by finishing third in the overall general classification – at 39 seconds behind.