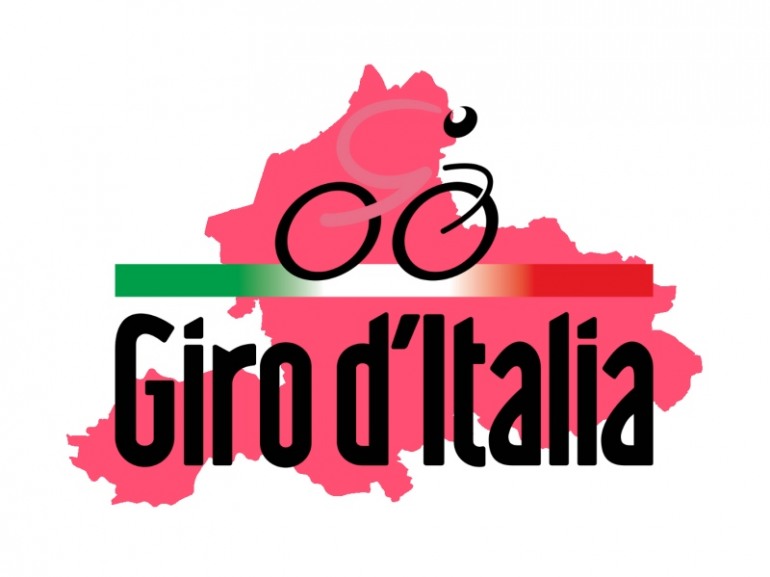 05 Oct 2015
By Gianni Pericolo - In LATEST ARTICLES, THE GREAT RACE 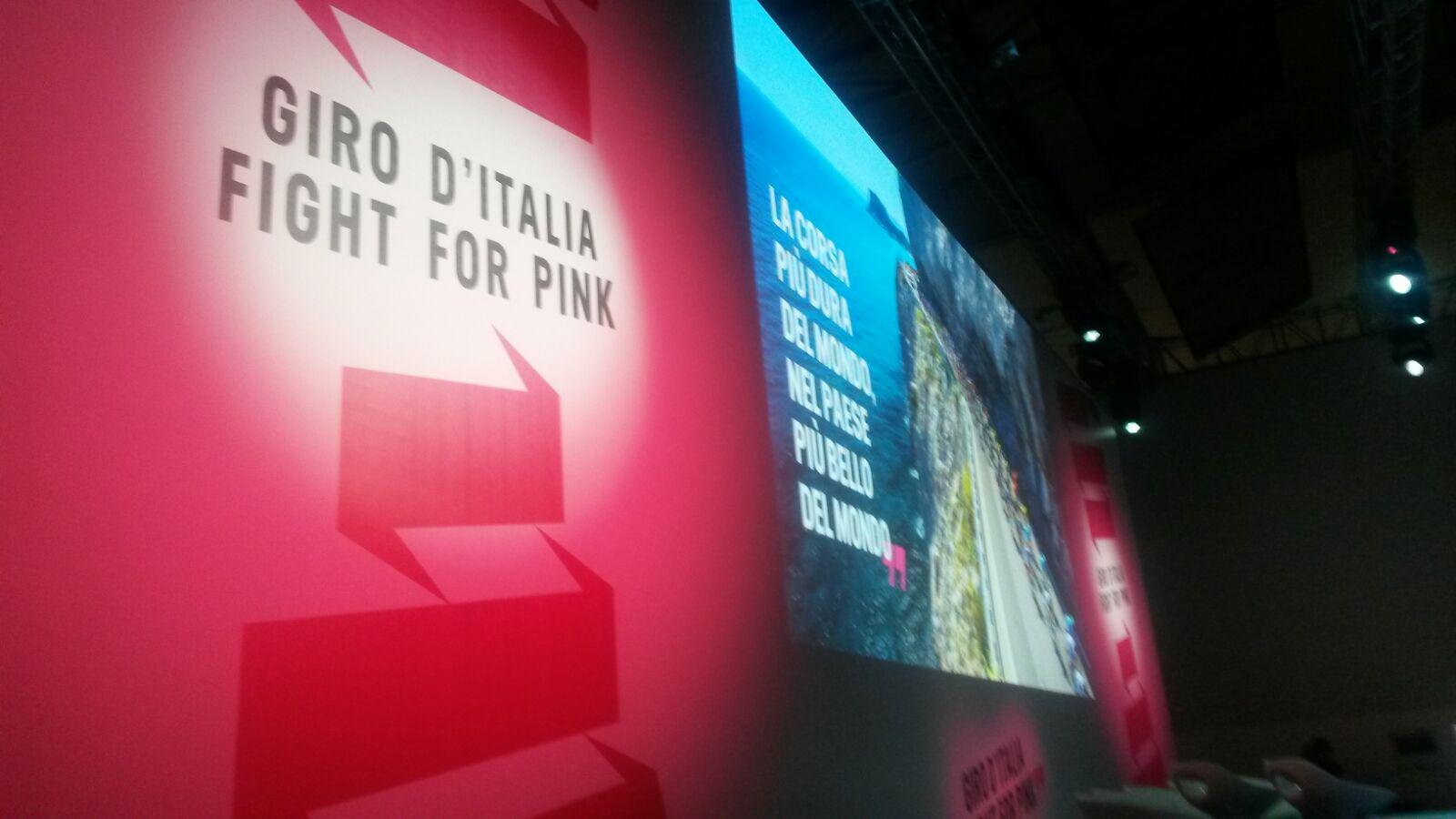 Details for the 2016 Giro d’Italia were officially unveiled at a grand ceremony in Milan today.

The official presentation unveiled details of every one of the 21 stages, while such race hopefuls as reigning champion Alberto Contador, new world champion Peter Sagan, Vincenzo Nibali and Vuelta a Espana winner Fabio Aru – highlighted the event.

The 99th edition of the Giro d’Italia will begin on Friday May 6 in the Netherlands and end on Sunday May 29 in Turin, which will feature an opening individual time trial, seven mountain days, seven stages aimed at sprinters, and 61 kilometer of combined individual time trialling.

“It’s not only going to be a demanding stage for the pro riders but a great challenge for the sportive riders, too; all will have to take on and conquer four mountain passes with a total elevation of 3,400 meters.”

It’s going to be a weekend of great cycling that RCS Sport / La Gazzetta dello Sport and Regione Friuli Venezia Giulia will deliver between 20 and 22 May 2016.

An entire stage of Giro d’Italia will be raced entirely in the Friuli Venezia Giulia region, from Palmanova to Cividale del Friuli. The stage will take place 40 years after an earthquake – in May 1976 – hit the area.

It’s not only going to be a demanding stage for the pro riders but a great challenge for the sportive riders, too; all will have to take on and conquer four mountain passes with a total elevation of 3,400 metres.

THE ROUTE – STAGE 13 OF THE 2016 GIRO D’ITALIA, FRIDAY 20 MAY, PALMANOVA – CIVIDALE DEL FRIULI (161km)
The stage is entirely raced in the Friuli Venezia Giulia region – famous for its wines – amidst the Italian Julian Alps and its chestnut tree rich woods.

The riders will face five climbs that are well renowned with sportive riders, with four of these included in the King of the Mountain classification. The stage will start from the fortified city of Palmanova (candidate for UNESCO heritage status), with its renowned star shape, and head out towards Cividale del Friuli following the Natisone river. Here the first hard climb of the day will start: Montemaggiore (Mount Matajur) from Savogna. After the summit, the course will then descend towards Clodig – a descent broken up by the the Mount San Martino pass – before heading up the Drenchia/Crai climb in between Trusgne and Oznebrida with an inclination that hits double digits and then mellows towards the summit. The course then descends again, this time heading toward the Natisone river and then through Cividale city centre. The rotue then heads towards Tarcento and then Attimis where the difficult climb of Porzùs begins. After topping out, the route descends rapidly before immediately pitting riders against the tough gradients of the Valle climb. A technical descent toward Campeglio then follows and, from the end of the descent, only 6km will seprate the riders from the finish line. Overall, it will be a challenging day day in the saddle.

GRAN FONDO GIRO D’ITALIA, SUNDAY 22 MAY, CIVIDALE DEL FRIULI – CIVIDALE DEL FRIULI (133km)
Registration opens for the Gran Fondo Giro d’Italia today on www.granfondogiroditalia.com with an initial promotional cost of 30.00 euro until 25 October. The route will be almost entirely the same as the professional riders’ stage (above) with only the first flat part (around 28km) not being raced by the sportive riders. The rest of the course from Cividale del Friuli to Cividale del Friuli will be identical to that raced on the Giro d’Italia stage.

QUOTES
Hon. Debora Serracchiani, President of Regione Autonoma Friuli Venezia Giulia, said: “It’s with great pleasure that Friuli Venezia Giulia welcomes back the Giro d’Italia for a stage that will see the riders racing on our roads on 20 May 2016. The Giro is able to unify both the local communities and passionate cycling fans as only the highest forms of sport events can do. I would like to thank the organisers, RCS, as the Giro will give us an important opportunity to show the world the unique beauties of Friuli Venezia Giulia, with its surprising mix of precious cities and landscapes to be discovered.”

“I would also like to note that, for Friuli, the year 2016 will have a very strong symbolic meaning for us as it will be 40 years since the tragedy of the 1976 earthquake; this will provide a moment to remember both the destructive force of nature but also the incredible reaction of our people to it. The ability to work at maximum capacity and rebuild together has become part of our regional characteristic, with the tenacity and the resilience of the Giro d’Italia cyclists being a good metaphor of this. The Giro d’Italia in Friuli Venezia Giulia will give everyone a day rich of emotions and I would like to invite everyone to enjoy this day together”.

Paolo Bellino, RCS Sport Managing Director, said: “The territory of Friuli Venezia Giulia that will host us is really unique and I’m sure this will make the weekend of 20 – 22 May a great international cycling moment. All the riders in the world will have the opportunity to savour three days of great spectacle, guaranteed by the drama of a Giro d’Italia stage and by the opportunity to ride the Gran Fondo Giro d’Italia on Sunday”.

Giro d’Italia Director, Mauro Vegni, said: “The relationship that exists between the Giro and this Region is truly special. I remember the spectacle of the Giro stages ending in the top of Zoncolan and the emotions of the final stage of Giro d’Italia 2014 in Trieste. I’m sure that the stage that we presented today is going to be beautiful, spectacular and decisive for the Maglia Rosa winner; all the world will have the chance to see it in over 170 countries across the five continents”.

Andrea Trabuio, RCS Sport Mass Events Director, said: “Bringing the Gran Fondo Giro d’Italia to this fantastic territory and on a stage as important as this for the Corsa Rosa has been the best choice we could have made. The date too, being raced on a Sunday after the Giro stage on the previous Friday, will allow to the sportive riders the opportunity to enjoy a full three days of sport and fun on an extraordinary course”.