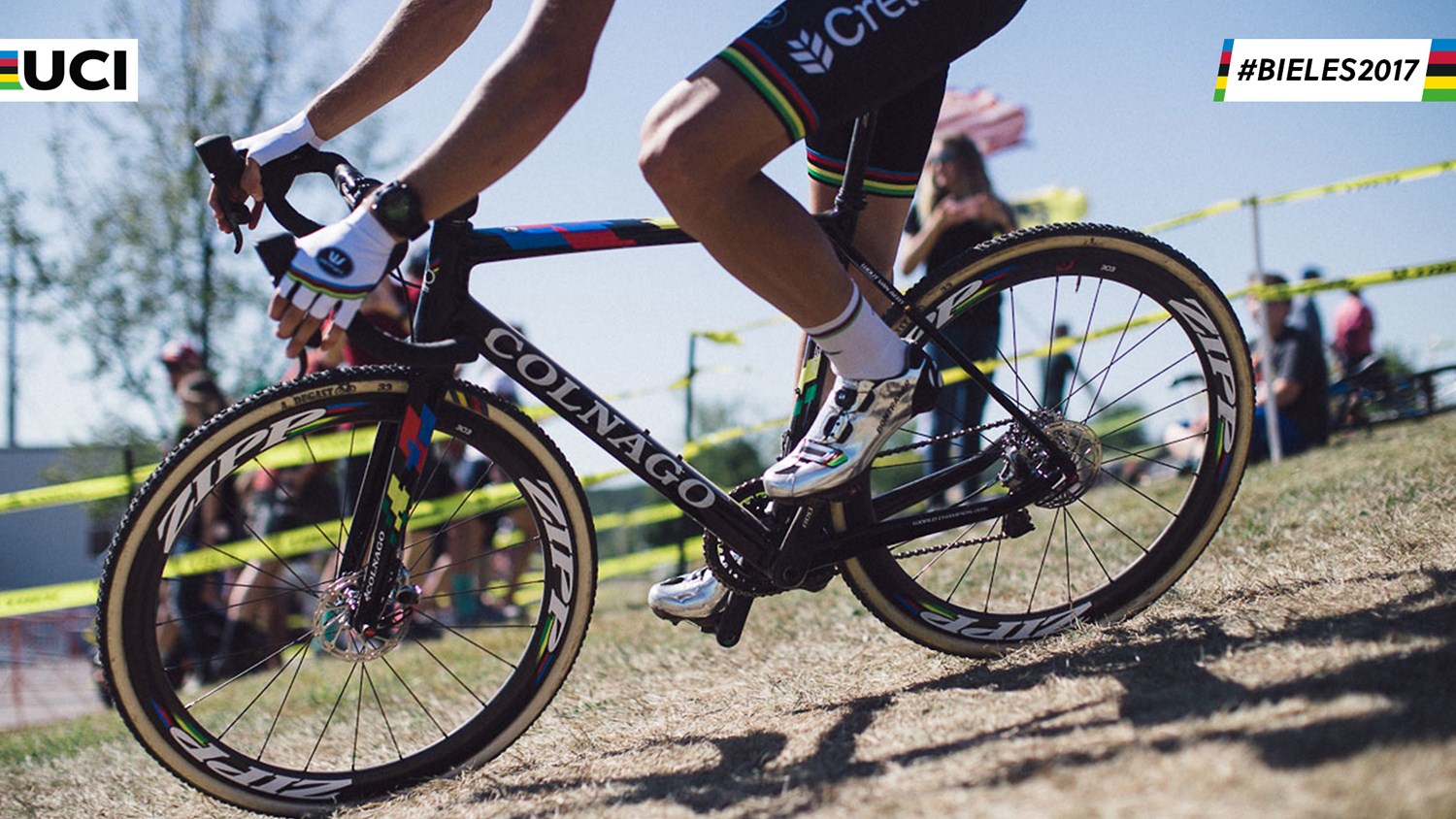 More than 200 cyclocross specialists representing more than 25 nations will line up in Bieles, Luxembourg, this weekend for the 2017 UCI Cyclocross World Championships.

Although the 3200 meter long course is currently covered in snow, the cloudy, dry and slightly warmer weather predicted for race weekend mean conditions could change. One thing is sure, the course near the border with France will very probably be slippery.

Riders who have checked out the snow-covered course in the last few days have given positive feedback. The course features a rolling first half in the park at the Bel-Val High School and a much more technical and physical half at the former industrial area. The steep drops, short climbs and multiple off-camber sections will result in a natural selection of the pack in every race.

Never say never, but the rest of the field is expected to battle for the remaining podium spot. The only rider who could beat the two top guns in a high-level race this season was Toon Aerts (Belgium), who took the title of European Champion. However, a shoulder injury sustained in a hard crash at the World Cup round in Fiuggi, Italy, has put an early end to his season. Last year, Lars van der Haar (the Netherlands) finished runner-up behind van Aert at the UCI World Championships, and although he has struggled with injuries this season, he surprised last Sunday with a solo victory in the final Telenet UCI World Cup round in Hoogerheide. Other outsiders are German Champion Marcel Meisen, Corné van Kessel (the Netherlands) and Belgian riders Kevin Pauwels, Tom Meeusen, Laurens Sweeck and Michael Vanthourenhout. 2008 UCI World Champion Lars Boom (the Netherlands) aims for a top-10 result.

Women Elite: Vos back in shape

Seven-time UCI World Champion Marianne Vos is favorite for the win after the withdrawal of 2016 UCI World Champion Thalita de Jong. De Jong crashed hard at the World Cup round in Hoogerheide and is out with a leg injury. Vos seems to be back to her dominant pre-2015 level. She won the three last rounds of the World Cup and the Dutch National Championships. Other favorites are overall Telenet UCI World Cup winner Sophie de Boer (the Netherlands), Belgian Champion Sanne Cant, Italian Champion Eva Lechner, Katerina Nash (Czech Republic) and Pan-American Champion Katherine Compton (USA). The crowds will be cheering for home rider Christine Majerus who aims for a top 10 result.

Defending UCI World Champion Eli Iserbyt (Belgium) will face tough opposition from European Champion Quinten Hermans (Belgium) and winner of the Telenet UCI Cyclocross World Cup Joris Nieuwenhuis (the Netherlands). Iserbyt and Italian Champion Gioele Bertolini might have a very good ride on a slippery course, as they did in Fiuggi, Italy. Also in with a chance are former Junior UCI World Champion Simon Andreassen (Denmark), Clément Russo (France) and Curtis White (USA). Adam Toupalik (Czech Republic) was super strong last year and would be a contender again this year but he crashed hard at last week’s UCI World Cup round in Hoogerheide.

Still only 19, Evie Richards (Great Britain) will be defending her title in Bieles, one year after storming to the front in Heusden-Zolder to take the first-ever Under-23 title awarded for women. Ellen Noble (USA) was the best Under-23 rider in the Telenet UCI Cyclocross World Cup, while Annemarie Worst (the Netherlands) impressed at the Fiuggi and Hoogerheide rounds with top-5 results amongst the Women Elite riders. The other major contenders are Laura Verdonschot (Belgium), Chiara Teocchi (Italy), Hélène Clauzel (France), Emma White (USA), Manon Bakker (the Netherlands) and Nikola Noskova (Czech Republic).

The Telenet UCI Cyclocross World Cup was a close call between three riders. Toon Vandebosch (Belgium) didn’t win a single round but thanks to his consistency claimed overall victory in the series with a two-point margin over Antoine Benoist (France). Nevertheless, the top favorite appears to be 17-year-old European Champion Thomas Pidcock (Great-Britain), who’s regarded to be a super talent. He participated in three World Cup rounds, winning two and suffering a late mechanical in the third.