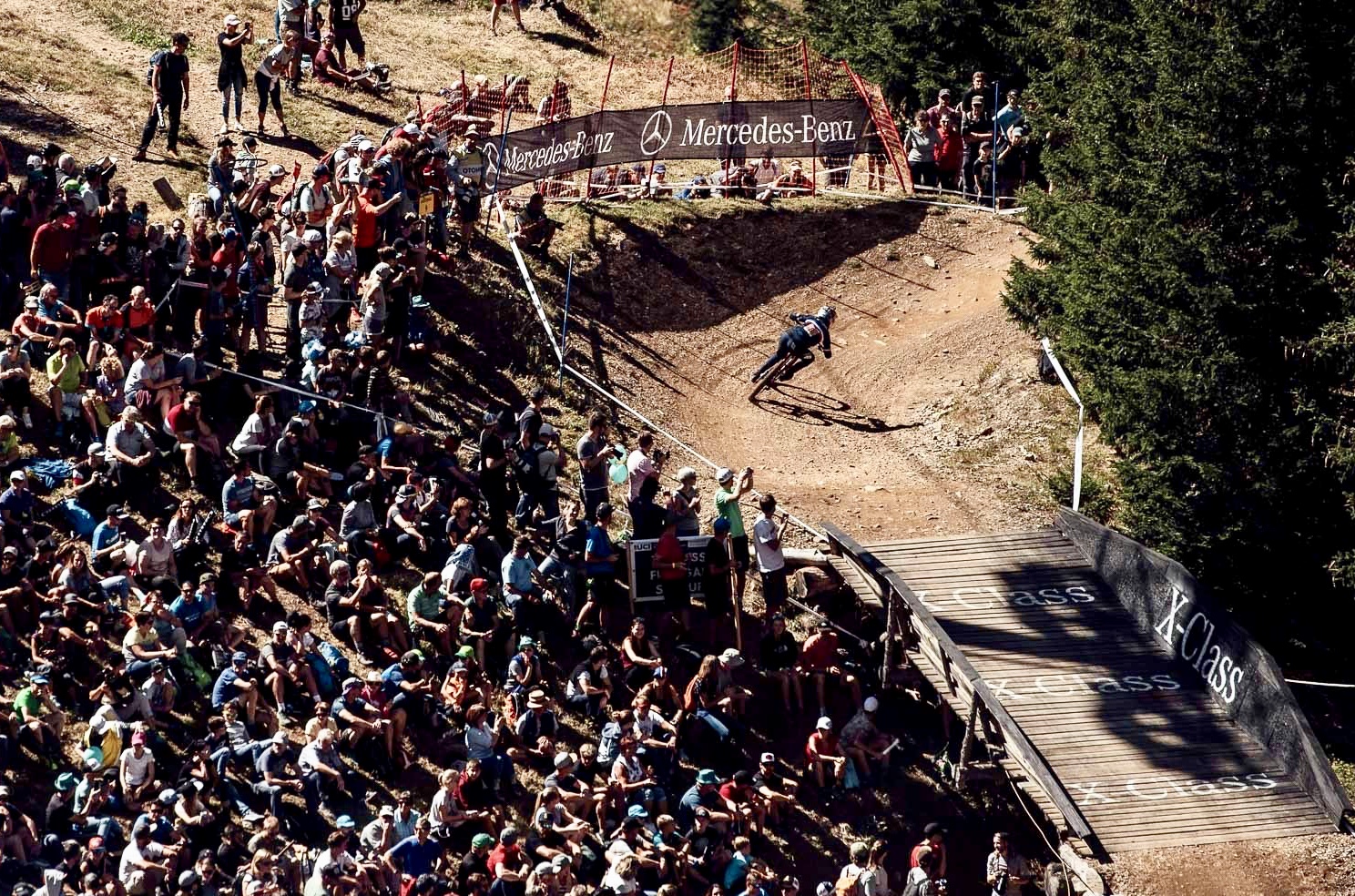 The 2020 UCI Mountain Bike World Cup Lenzerheide, which has already been postponed from August to September due to the COVID 19 pandemic, cannot take place despite the intensive efforts of the organizing committee. The reasons for this are on the one hand the lack of planning and implementation security for major events from September and on the other hand the currently given protective measures, which could not have been guaranteed at an event such as the 2020 Mercedes-Benz UCI Mountain Bike World Cup. The canton of Grisons is unable to issue the permission required under the current regulations today, as the event will not take place until September and the regulations applicable at that time are not yet known.

The planned UCI Mountain Bike World Cup from 4 to 6 September 2020 will not take place in Lenzerheide. The cancellation affects all disciplines: Cross-Country Olympic (XCO) with Cross-Country Short Track (XCC) and Downhill (DHI). The organizers in Lenzerheide very much regret the decision: “We have waited until the last possible moment and have worked hard every day to make it possible. It is all the more painful that we too will not be able to hold the planned World Cup”, says OC President Christoph Müller.

Even without spectators more than 1,000 people

Lenzerheide as a venue without spectators would have been an option. “But if you just add up all athletes, coaches, officials, organizers, volunteers, media representatives and other people who would have been at the venue, we would already be at 1,500 to 1,800 people, which is well over the permitted 1,000 people”, notes Müller. Today, nobody can guarantee that more people will be permitted at events from September onwards. An issue, that the federal council of Switzerland was reticent about at its press conference on 19 June 2020, and furthermore referred the responsibility back to the cantons.

In addition to the limited number of people, the organizers are concerned about the current safety measures. “We realized that the currently valid protective measures, with sectors, for an outdoor event of our size are not consistently applicable. In addition to that, many more security measures remain unclear,” Müller points out. The necessary protection for all those involved cannot be guaranteed one hundred percent under the current regulations.

In the current situation, it is not possible to make a conclusive assessment of the event, as neither the epidemiological situation nor the corresponding requirements in September are foreseeable. However, a reliable basis for decision-making is essential at this stage for an event of this size, also taking into account the time needed to prepare a comprehensive protection concept. As the next decision of the federal council of Switzerland is not expected before mid-August and the canton of Grisons does not issue a special permit, the organisers have to cancel the event.

“In recent years, the UCI Mountain Bike World Cup has been a crowd puller and a communication flagship for our summer activities”, says Bruno Fläcklin, Tourism Director of the Lenzerheide holiday region. The destination regrets the decision to cancel the event, but is at the same time pleased with the clarity it creates for all those involved. Fläcklin would like to thank the organizing committee for their great efforts to ensure that the event was held to the very end.