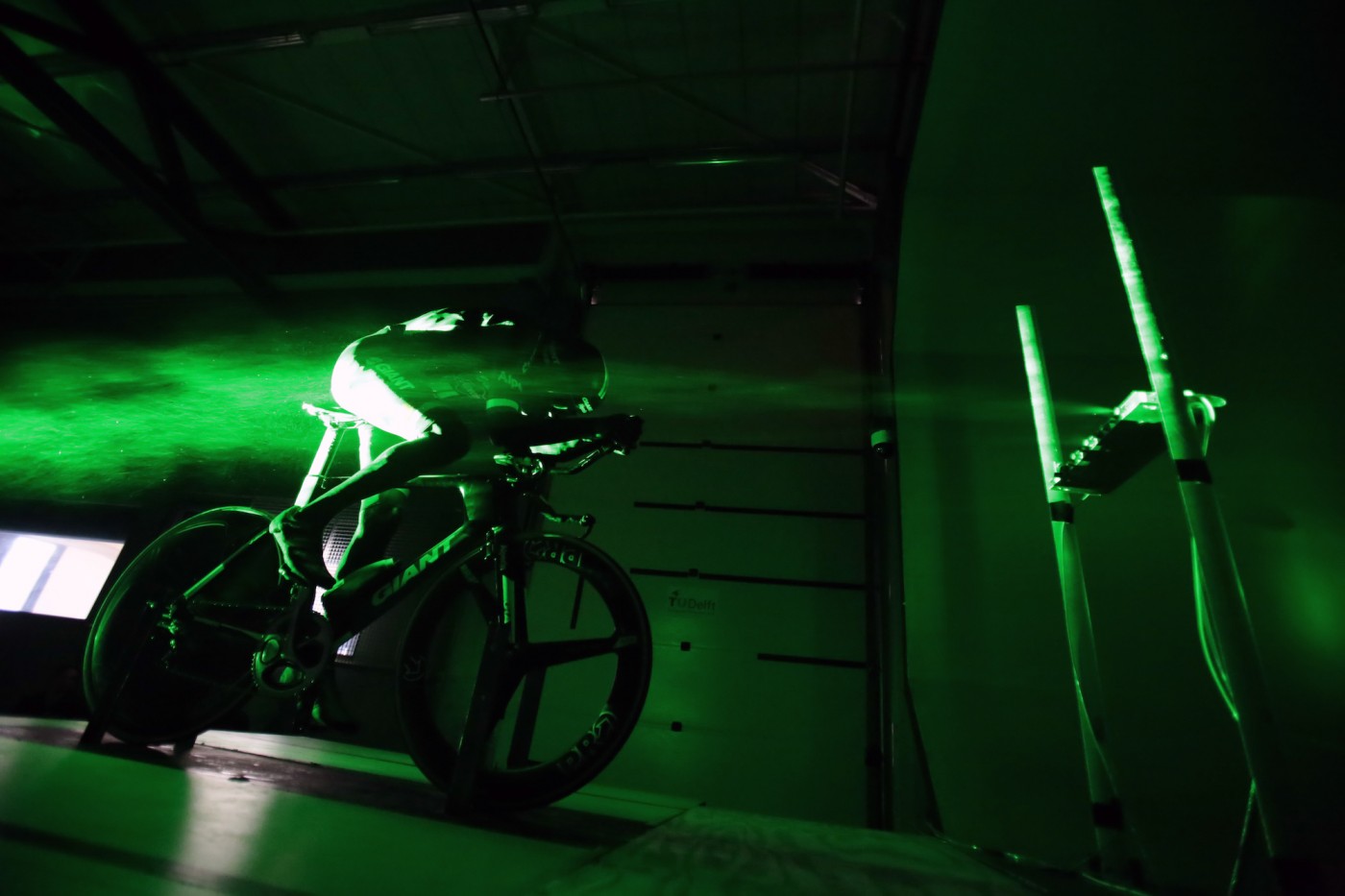 22 Jul 2016
By Gianni Pericolo - In LATEST ARTICLES, THE DOUBLE DIAMOND

The university applied an innovative method to research the aerodynamics of the suit: Dumoulin’s body was first scanned, after which a 3D mannequin of his body was printed. The drag of this mannequin – each time with a different suit – was then tested and optimised in the TU Delft’s wind tunnel.

The Dumoulin mannequin was printed in eight parts and then put together with pin and hole joints. It then went to Wouter Terra, a PhD-student at the Faculty of Aerospace Engineering, who took measurements in the TU Delft wind tunnel, using different suits and materials.

“Scientifically speaking, you’d ideally have unlimited access to the athlete, in order to conduct extensive wind tunnel tests and develop the perfect suit for them specifically. However, you can’t place a professional cyclist in a wind tunnel for weeks on end”,  said Terra.

“The consequent idea developed at the TU Delft was to not place the cyclist himself, in this case Tom Dumoulin, in the wind tunnel, but a mannequin with the exact same physical measurements. An even more important upside to the use of a mannequin in the wind tunnel: it remains perfectly still, so measuring the airflows around the body becomes much quicker and more accurate.”

“A clear difference in drag” was measured between the various materials and he points out that even small differences can prove crucial. “A difference of just one percent in drag, to name but a number, might not seem much, but can result in a time saving of about ten seconds in an hour-long time trial.”