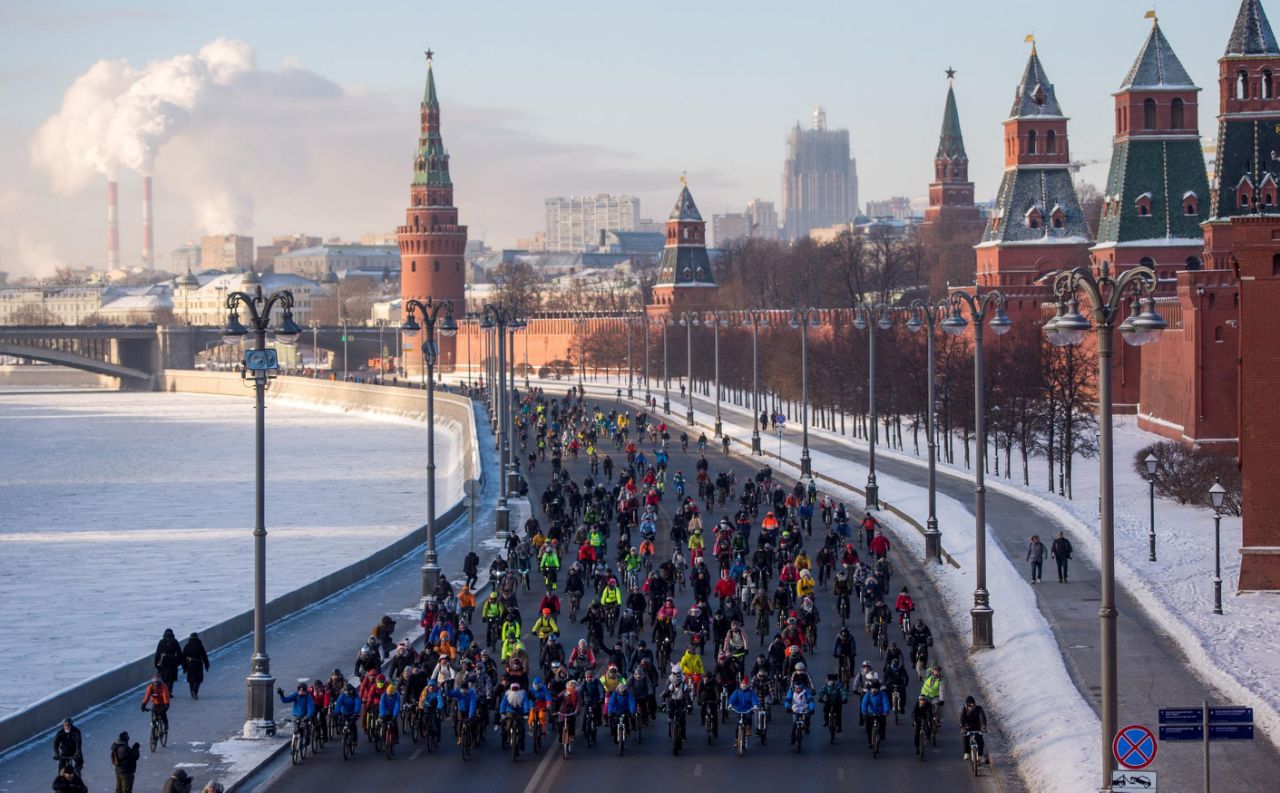 According to Moscow’s transportation department, more than 500 cyclists participated in the second winter bicycle parade in Moscow yesterday, despite the temperature being minus 28C (-18.4F).

“Despite the “orange” alert in Moscow due to the strong frost, the organizers decided not to cancel the event, which featured more than 500 participants,” officials said.

“Emergency services were at alert in the beginning and at the end of the route,” officials said. “All the people had chosen appropriate clothing, and nobody asked for medical assistance.”

The event is not a race, with cyclists of all ages and abilities encouraged to take part in the 15 kilometer parade which typically does not exceed speeds of 14-15 km/hour (8-9 miles per hour).

Participants — some dressed as Santa Claus or his Russian equivalent Ded Moroz — pedalled along the banks of the frozen Moscow river in front of the Kremlin walls.

The event is aimed at promoting cycling in the sprawling Russian capital.

“I feel better than when I was lying on the sofa over the holidays,” said Mikhail, a well wrapped-up 42-year-old engineer who took part in the Moscow ride.

“It gives you energy, it’s great, just marvellous. I cycle to work every day but it’s still a real pleasure,” he told the media.

Moscow is currently in the grips of a severe cold snap that has seen temperatures plunge around Europe.

At least 23 people have died across the continent as a result of the freezing conditions.

Moscow recorded its coldest Orthodox Christmas Night for 120 years at the weekend, media reports said, with temperatures pushing minus 30.