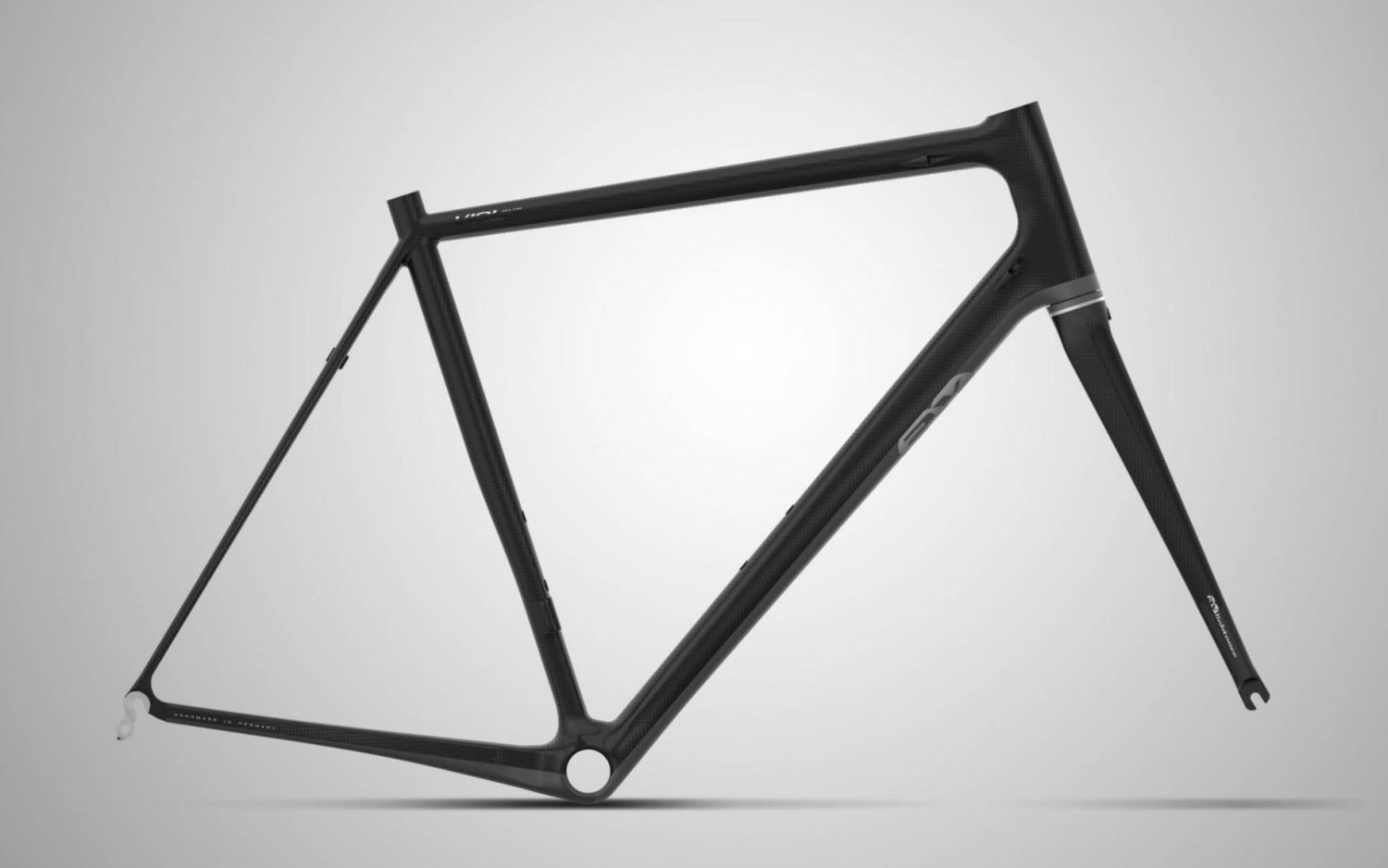 As a sequel to their already incredibly light Vial frameset, AX  Lightness unveiled an even lighter and more sophisticated version at last week’s EuroBike show called – the Vial Evo.

Similar to its predecessor, the new Evo frame features complex, hand laid tubes of differing, high modulus carbon, which have been optimized in ways, only AX Lightness knows how to do.

In addition, while the Vial Evo is by no means considered an "aero" bike, AX did tweak things a bit in the aerodynamics department, by creating a more hour glass shaped head tube.

Other features include, a 1 1/8” to 1 1/4” head tube, a BB386 booth bracket, internal routing for either electronic or mechanical groupsets, and some frame tweaking to provide enough clearance for 25mm tires. Furthermore, customers can choose between either 3T’s Rigida Team fork to keep costs down, or splurge for ultra high end THM Scapula CT fork.

Perhaps, the biggest news about the Evo is its significant reduction in weight. According to AX, they were able to trim away a staggering 120g on the new frame. Depending on the size, that puts it in the range of 650g to 720g.

Our Vial EVO is a completely new development and ties in with the sophisticated and award-winning construction of our Vial frame to move into new spheres.

The target of the development has been to engineer a light yet unrestrictedly usable frame with best mechanical values.

As usual with our company light weight has been a strong motif, however it has not been the leading theme in the development: Riding stability, safety, comfort and riding qualities have been the dominating focus.

Thanks to our technological potential we have achieved to realize a real milestone in frame construction!