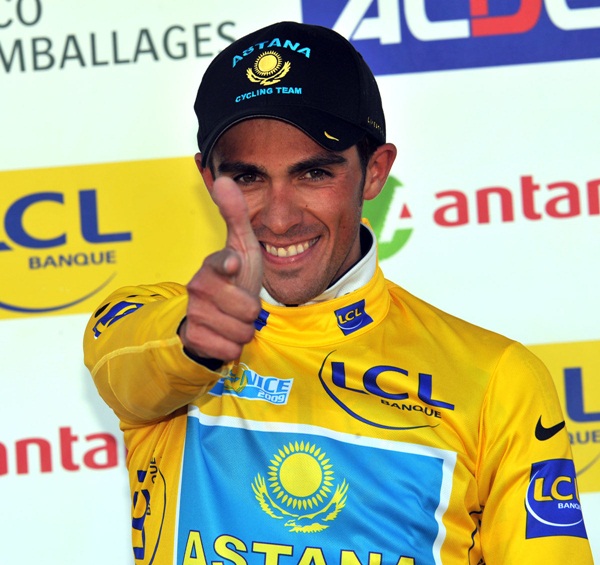 Alberto Contador is scheduled to receive this year’s Vélo d’Or award, after a poll of international journalists was conducted by French publication Vélo Magazine.

This year’s award marks the fourth time the Spanish rider has won the prestigious award. Previously, Contador won it three times in a row – between  2007 and 2009.

Despite suffering a fractured tibia, and later abandoning this year’s Tour de France, Contador recovered from his injuries to go on to win the Vuelta a España a month later. Before that, he won Tirreno-Adriatico and the Tour of the Basque Country during an impressive spring performance.

Contador will be officially awarded the Vélo d’Or in the next edition of Vélo Magazine – later this month.