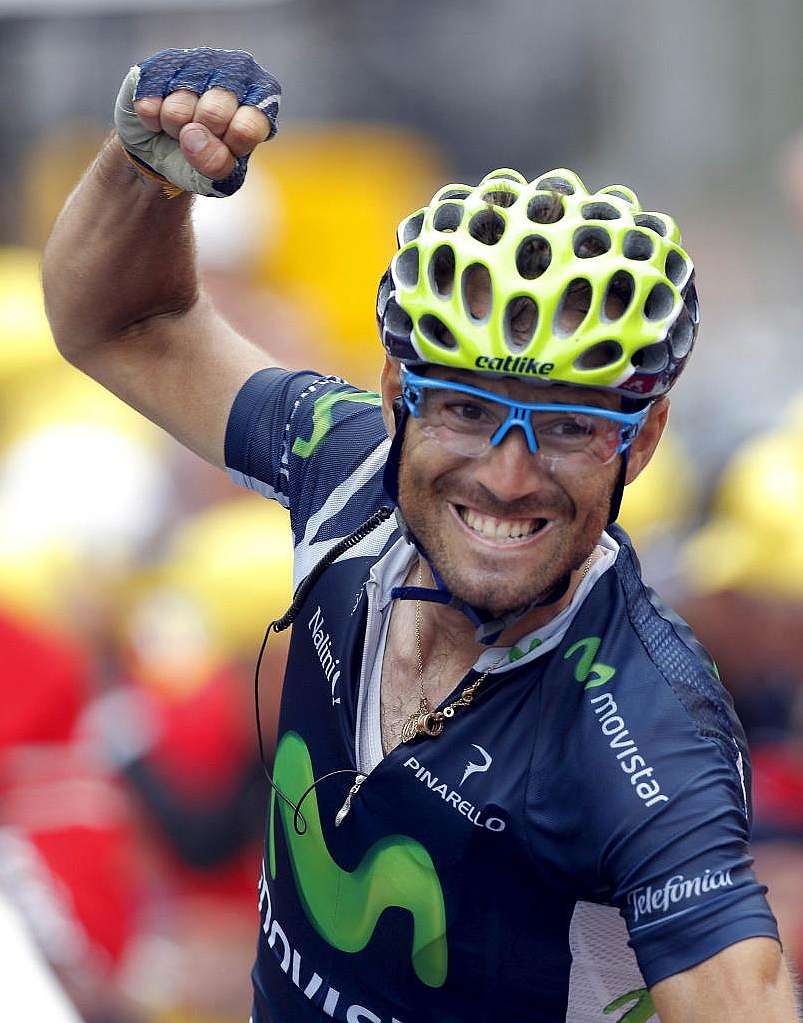 A late crash in today’s Vuelta a Espana stage, happened so quickly, that the media was unaware that it involved race leader Alejandro Valverde.

At less than 20 kilometers from the finish, Jonathan Castroviejo,  Adriano Malori and Valverde were involved in a crash for reasons that still remain unclear.

However, despite being unhurt and able to remount, Valverde quickly found himself at the back of the group, after a fast moving peloton tackled the final uphill climb.

As a result, Valverde lost considerable ground, which in turn caused him to lose seven seconds during the late split.

"I hit a teammate’s bike and hit my back, but I could recover and go ahead," Valverde said afterwards.

"I started the climb well behind and because of that, I’m happy with the time I lost. Seven seconds is nothing. My back hurts a bit after the crash, but I hope it’s not serious and I can recover well."

"I’m not feeling really sad after losing the jersey – it was more that I wanted to win this stage. I couldn’t, but this is cycling, things like that happen and we must carry on."

Valverde now sits third in the overall classification, at 11 seconds down on race leader Michael Matthews, while his Movistar teammate Nairo Quintana moves up into second place, at four seconds behind.