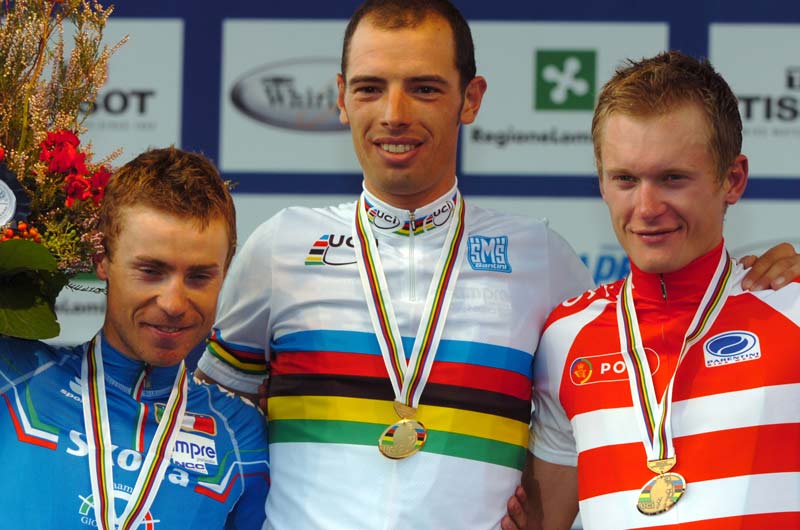 Former World Champion Alessandro Ballan may not be returning to cycling after all. The Italian rider was preparing to return to racing after this season, however, the the Italian anti-doping agency feels otherwise.

Ballan was implicated in the Mantova doping affair back in December of last year. And, after a protracted period of investigations and legal affairs, based on the documents that were received from the public prosecutor in Mantova, the Italian anti-doping agency has requested a two-year ban for Ballan.

The investigation is centered around Italian pharmacist Guido Nigrelli, and it involves numerous past Lampre cyclists and team leaders. Ballan is one of several riders to be named in the investigation, but at the moment, he is the only one facing suspension.

Similar to his former teammate Mauro Santambrogio, Ballan was twice put on inactive status by his BMC team when new information in the case emerged. The first instance occurred 2010 – causing him to miss the Pairs-Roubaix Classic. And, one year later, he was removed from BMC’s roster for the 2011 Giro. However, until now, since no official action was taken,  Ballan was allowed to return to racing on each occasion.

In 2011, BMC reacted to details that were leaked from an investigation which were published in the Italian newspaper – La Gazzetta dello Sport. The paper published a transcript of a conversation between Ballan and Nigrelli, which alleged that a discussion had taken place  back in April of 2009, wherein the two reportedly discussed the use of growth hormone. This report was followed up with even more damning evidence, however, Ballan was still allowed to return to competition a month later – despite being denied his spot in the Giro by BMC.

Since then, Ballan has been allowed to race, finishing 3rd in the Tour of Flanders and the Paris-Roubaix in 2012. He missed most of the 2013 season due to a horrific training crash.

Ballan is amongst 15 Lampre riders who will go on trial for doping on December 10, that includes such high profile riders as Damiano Cunego, Santambrogio, Simone Ponzi and Marzio Bruseghin. However, the Italian anti-doping agency wants Ballan banned now.

Neither Ballan nor his BMC team has responded to the request for a suspension.