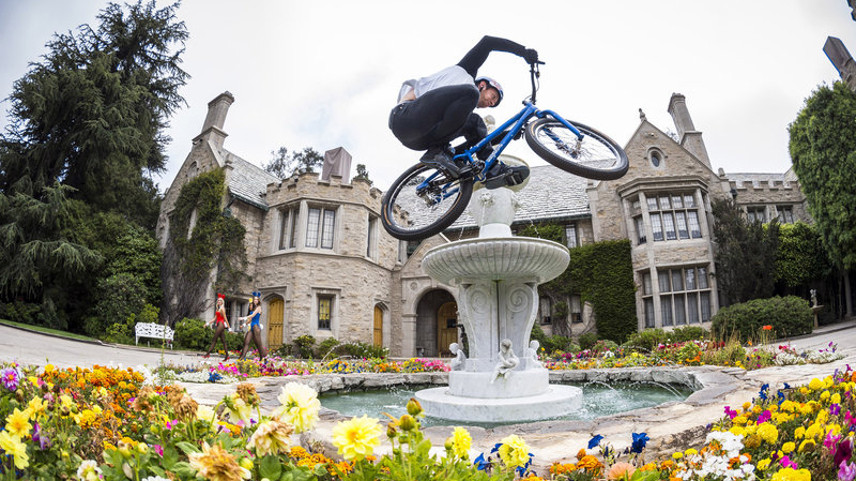 Danny MacAskill has stirred things up a bit, after filming his latest video in one of the most "politically polarizing" places imaginable – the Playboy Mansion.

The extreme cyclist, who is known  for his innovative and ground-breaking trials skills, has come under some criticism for his choice of location.

The two-minute video shows the Scottish rider crashing the bunnies’ party, as well as traversing the mansion’s grounds. But, despite his amazing cycling "funambulism", we don’t imagine his choice of locale will go over with women outside of the Kardashian clan.

Would any of the Kardashians even know what the word "funambulism" means?  Would Danny for that matter?