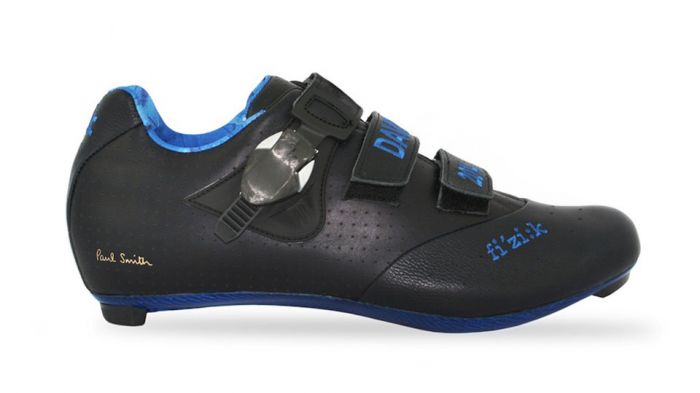 As cycling fans know, David Millar in retiring from the sport at the end of this season.

To celebrate his retirement, Millar has been auctioning off several pairs of his Fizik shoes, which have served to commemorate a few of this year’s big races.

The latest in the series, are his Tour of Eneco shoes, which have been designed by none other than the British fashion icon – Paul Smith.

Handmade in Italy, the shoes features both smooth and perforated leather – giving them a nostalgic look that harkens back to the "golden era" of cycling.

In addition, the shoe’s lining is printed with the image of an Adonis blue butterfly, a protected species found in parts of the UK. The shoes also feature blue shading on the carbon sole –  with a good luck message from Paul Smith on one of the Velcro straps.

As with each auction, the proceeds will go to the UK based Small Steps Project, which seeks to provides aid – including footwear –  to children and their families living in horrific conditions around the world.