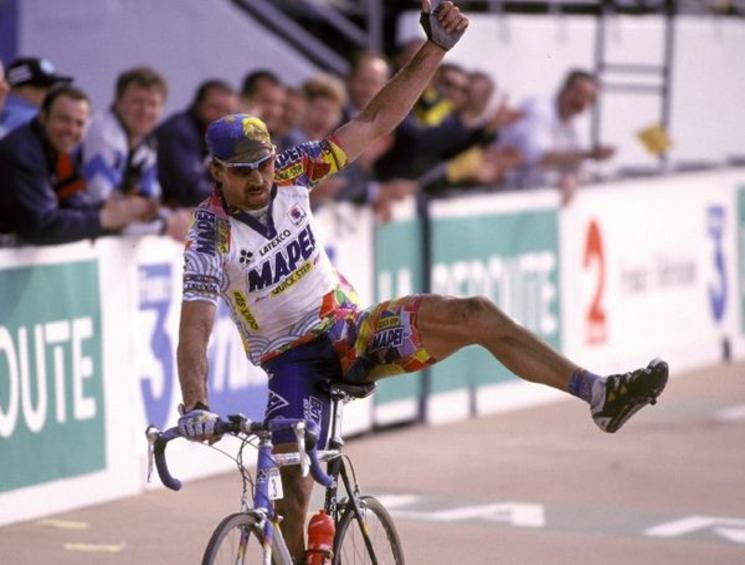 A belated happy birthday to Johan Museeuw who was born on October 13, 1965.

Museeuw was one of the most successful one-day classics riders during his 16 1/2 year career, beginning in the  late 1980’s through 2004.

Museeuw was nicknamed the "Lion of Flanders" because of his success in the Tour of Flanders Classic where he shares the record of three victories with Achiel Buysse of Belgium, Fiorenzo Magni of Italy, and Eric Leman of Belgium.Museeuw also won the Paris-Roubaix Classic three times. In addition, he finished second once and third twice.

and Andrea Tafi of Italy.

of Belgium and Erik Zabel of

of Germany and Tom Boonen of

In addition, Museeuw was 2nd in 2001 to Servais Knaven of Holland. Museeuw was also 3rd in 1995, behind Franco Ballerini of Italy and Andrei Tchmil of Russia, and was 3rd in 1997, behind Frederic Guesedon of France and Jo Planckaert of Belgium.